The story of this novel starts about ten years ago. House of Secrets began as an original screenplay I was writing, entitled "Stones Of Time." I completed about 90 pages of the script, and realized that if I continued writing, this film would cost over $500 million dollars. I put the pages in a drawer, and moved on to something else: a series of films called "Harry Potter."

When I got back from England, emotionally and physically drained after four years of working on the first three movies, I went back to my office and started sketching out film ideas in my notebook. For several weeks, I wrote a lot of unusable material. One day I pulled out the "Stones Of Time" script and thought... "Hmm, maybe there's something here. Now that I've had a few years of visual effects experience, maybe I can figure out a way to edit this into a film that we can actually afford to make."

But I found that in editing the script, I removed the imaginative heart of the work. I always believed that cinema was the greatest art form of the twentieth century, a visual canvas that was limitless. But now I found myself in a peculiar situation: I had a piece of work that was just too big for the movies.

I put the script back in a drawer, and spent the next few years working on several films. But I couldn't get the idea out of my head. Finally, it occurred to me. Maybe "Stones Of Time" could work as a novel. Although I had spent most of my life writing screenplays, a novel would be a new venture. I would need to co-write the book with a novelist, someone who could help me translate my ideas into a literary format.

I read the work of a few authors, but the writer who impressed me more than any other, was a young guy named Ned Vizzini. I loved his work. His characters were funny, their dialogue was fresh, and most importantly, his stories carried complex emotional weight. I met with Ned in Los Angeles, and after 45 minutes, I knew I wanted to work with him. But the true test remained... Could we work together as writers? I gave Ned the first 90 pages of "Stones Of Time" and said, "Read this and let me know if you think there's a book in here."

The following week, I received an email from Ned, with an exciting attachment: the first Chapter of the novel. I read Ned's eight pages, loved them, and immediately went to work rewriting them. Two days later, I sent the pages back to Ned, who rewrote them and sent them back to me. I rewrote them again... We went back and forth, back and forth... until we were happy with the first chapter. Then we moved to the second chapter, then the third... Before we knew it, we had written 100 pages of the book. That weekend our agent sent the first 100 pages to publishers. It was preempted within 24 hours and in a few days, rights were sold in 15 territories worldwide.

Writing this book has been up there with the best creative experiences I've had over the past 30 years... writing "The Goonies" with Steven Spielberg, shooting "Mrs. Doubtfire" with Robin Williams, working on "Harry Potter" with JK Rowling, and now... writing House Of Secrets with Ned Vizzini. 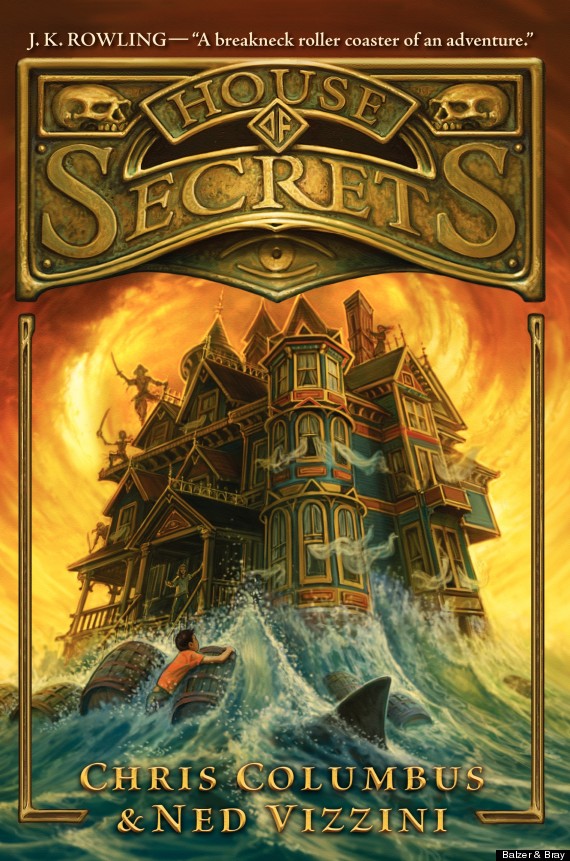