My natural hair journey started as someone else's idea. I've never been one who was big into the beauty and complexity of hair styles, but I can say, without hesitation, that going natural was the best decision that I could have made. 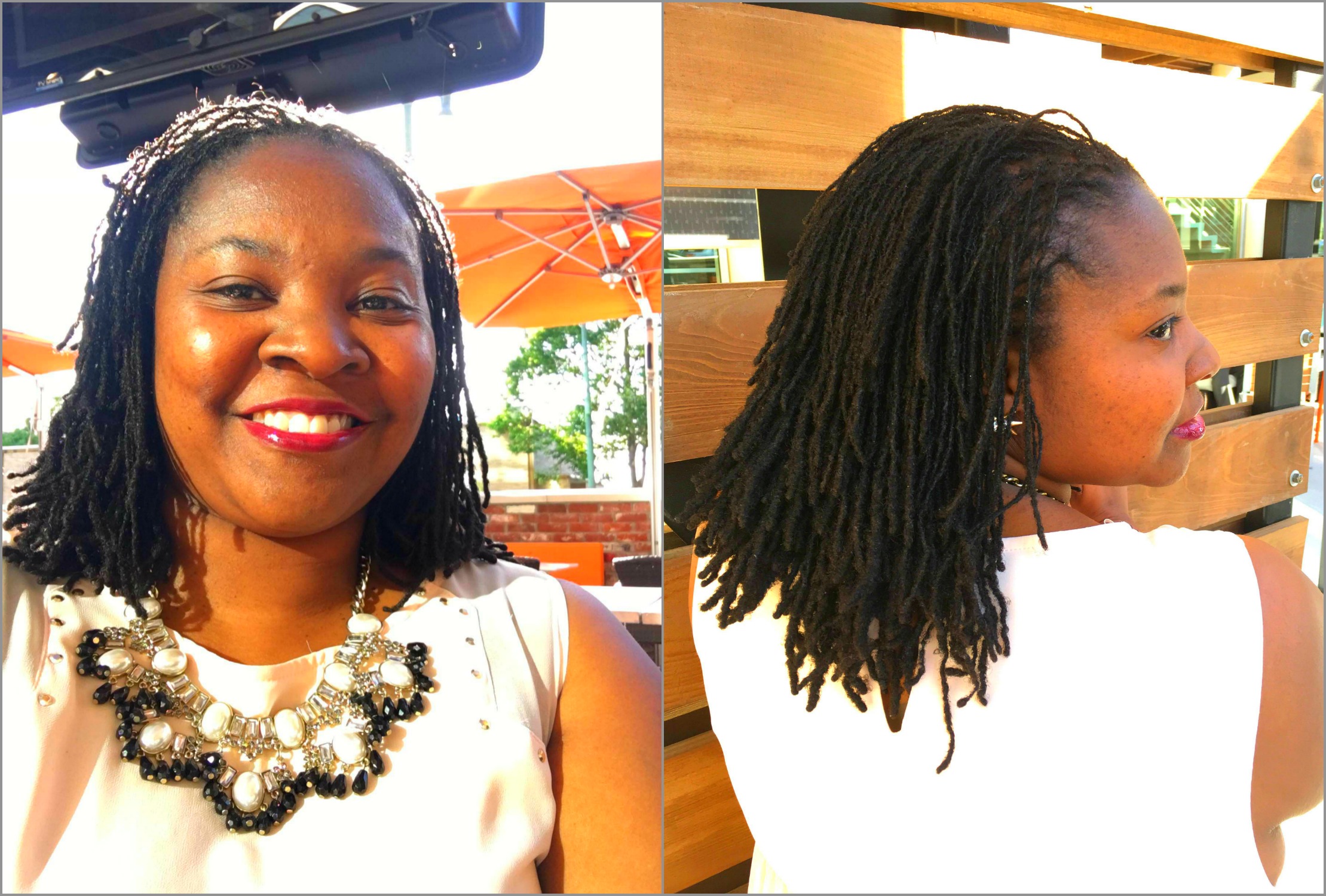 There were many turns along my journey to this place. Long hair was something that I pursued all of my life, but I found that having a pixie cut really showed my personality and I loved the boldness of the hairstyle. Before she put the scissors to my head, I told my stylist that I wanted something short and low maintenance; it turned out that I had to curl it every day. In exasperation, I decided to start growing my hair out again, with the end game being that I just needed it to be long enough to pull back into a ponytail, so that I wouldn't have to do anything "extra" to it.

My husband approached me one day and proposed the idea that I should consider going natural. He wanted me to do it for the daughters that we don't yet have. I thought that it was an odd suggestion, because, even when we were dating, he consistently told me that he preferred women with long, straight (permed) hair. I would frequently see the beautiful and elaborate natural styles everywhere around me, freely remarking to these gorgeous women how much I loved their hair, but acknowledging that it just wasn't for me. I'd do good to wash my hair on a regular basis, let alone, keep up with moisturizing and styling. He suggested that I try to wear sister locs. He said that he didn't want our daughters to grow up thinking that they had to have permed hair to feel beautiful and accepted. He wanted them to see that they could be beautiful with all of the style and grace that God gave them and that their mother should be the first example of that school of thought. My only requirement in this process was that I didn't have to do my own hair!

"[My husband] didn't want our daughters to grow up thinking that they had to have permed hair to feel beautiful and accepted. He wanted them to see that they could be beautiful with all of the style and grace that God gave them..."

Around the same time that we had this particular discussion, I'd read studies that linked chemically permed hair to an increased incidence of fibroid tumors in African-American women. In addition to finding out, years prior, that these tumors were prevalent in my family, I'd found out that mine were big enough that I would have to have them surgically removed to alleviate the menstrual pain I endured every month and to help increase my fertility. So, yeah, going natural was a no-brainer for me. It was revealed to me, post-surgery, that the main tumor had grown into my uterus and was so large that if we did get pregnant, I would never be able to carry the child to term.

While making the decision was easy, actually making the transition was going to require a bit more bravery. I wasn't comfortable been seen with anything other than a perm in my hair; if I was being honest with myself, I knew deep down that I wasn't fully comfortable in my skin as a Black woman. I worked at a university, in a White-male dominated office environment and my boss made it clear, from my first day of employment, that there was a certain way we were to look and dress as employees in our department. I didn't know how I would handle the looks, questions or assumptions that I was sure to receive. As a compromise, I chose to wear sew-ins to grow out the permed hair to a length that my natural hair could be molded into sister locs. A 10-month journey brought me to where my natural hair was ready to be seen, and it was not without commentary as I wore different lengths and styles, so I rightly concluded that my 4" of hair twisted in an authentically ethnic hairstyle would be immediately noticed. I received a snide comment, which was expected. What I didn't expect was that I had a ingrained inclination to stand up for myself. I opened my mouth, defended my beauty and educated him in the process. It was the first time I'd ever had the courage to do something like that.

"I opened my mouth, defended my beauty and educated [someone] in the process. It was the first time I'd ever had the courage to do something like that."

I've been natural for almost four years now and I've never regretted the decision. My locs are past my shoulders and stunning, if I do say so myself. I've become more comfortable in my skin and incredibly proud of my natural hair and my natural beauty. As much as I hate styling hair, I'm thankful for the community of stylists who are dedicated to maintaining my hair for me and who will do it for my daughters one day, so that we may all be the natural beauties we were created to be.

This post is part of HuffPost's My Natural Hair Journey blog series. Embracing one's natural hair -- especially after years of heavily styling it -- can be a truly liberating and exciting experience. It's more than just a "trend." It's a way of life! If you have a story you'd like to share, please email us at MyNaturalHairJourney@huffingtonpost.com.

A Christian, wife, cookie artist, crafter and blogger, she lives in Memphis with her hubby and has too many interests for her own good.