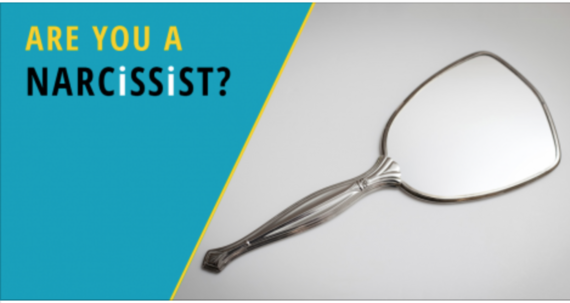 Narcissism is hot. Which should make narcissists very happy.

But it's also widely -- and wildly -- misunderstood, due in large part to widespread caricatures of narcissists, who are invariably depicted as vain, primping braggarts.

The problem is that many narcissists, particularly the more introverted ones, who pride themselves not on looks, but on being sensitive and misunderstood, couldn't give a fig about fame or money. You might not even realize you've met one. And people end up falling unhappily in love with quieter narcissists, confused by their fate, because their distress stems from a brand of unhealthy narcissism they never knew existed. To date, in fact, there are three kinds of narcissism, which I describe in Rethinking Narcissism: The Bad -- And Surprising Good -- About Feeling Special. We may start finding more.

Then there's the problem of that pesky qualifier, unhealthy.

Many would object, saying that narcissism is inherently unhealthy. And certainly the most popular narcissism assessment to date, the Narcissistic Personality Inventory (NPI), assumes that all narcissism is bad; each and every point you score on the test inches you closer to being branded a "narcissist." The problem is even the NPI picks up healthy components of narcissism; there's hard evidence that one piece of the inventory, which captures extroverted leaders more than disagreeable blowhards, is associated with being a happy, healthy, if somewhat more ambitious human being.

Which got me and my colleagues, Professor Stuart Quirk of Central Michigan University, and doctoral candidate, Shannon Martin, thinking about all the confusion and problems with the current measures. Can't we have one measure -- just one -- that captures the core of narcissism, both healthy and unhealthy?

One day while poring through the journals, I had an epiphany. The one thing all narcissism has in common is self-enhancement (the belief that we're special in some way, better than average, or to quote University of Washington psychologist, Jonathan Brown, "exceptional or unique." It appears that people who self-enhance feel happy, optimistic, resilient and don't slip into arrogance and solipsism. Unless that is, they self-enhance all the time. That's what narcissists do.

And what about people who don't self-enhance at all? It turns out they're not an especially happy bunch. They view themselves as a problem much of the time and might even be depressed. In my practice, what I've seen is that people who never or rarely self-enhance also tend to end up in relationships with narcissists.

So what, I proposed, would happen, if we placed narcissism along a continuum of health, where never feeling special (failure to self-enhance) was as problematic as feeling special all the time?

And thus was born the Narcissism Spectrum Scale. All the confusion cleared up.

What we found, after testing adults from all over the world and using various other measures of health and pathology, were three distinct pattern of behavior, all related to narcissism (or the lack of it):

Echoism, in which people never or rarely feel special, focus on others too much, at the expense of their own needs, and might even feel depressed or anxious.

Healthy Narcissism, in which people are empathic, ambitious, confident, and capable of giving and receiving help.

Extreme Narcissism, in which people are manipulative, argumentative, approval- seeking, and suffer from fluctuating self-esteem.

We found something else, too. Something that took us a little by surprise.

So where do you fall in the spectrum? Too high or too low? Take the narcissism test and find out. You'll receive research-backed tips and feedback afterwards.

Or try taking the test by rating someone else -- many people have -- and see how they come out.

Who knows? Maybe you or someone you know is one of the lucky 1 percent.

Follow me on Facebook and Twitter and sign up for my newsletter, for more tips and advice, as well as the latest news about Rethinking Narcissism: The Bad--And Surprising Good--About Feeling Special, devoted to understanding and coping with narcissism in all its forms, in our friends, lovers, colleagues-and even ourselves. (Harperwave and Harper UK, July 2015.)