On Tuesday, the highly insular North Korea conducted a massive artillery drill to mark the foundation of its military as tensions with the United States continued to escalate.

Like many aspects of North Korea’s political and economic systems, its military came into being under the late president Kim Il Sung. Born into a Christian family during a time of Japanese colonial rule in Korea, Kim rose to power with a vision of an isolated, almost hermit-like independence for his fledgling country.

It was under Kim that the political ideology of “juche” ― a guiding philosophy that places commitment to the state above all else ― took hold in the 1950s and solidified in subsequent decades.

Juche’s pervading influence on civic life explains why freedoms of any sort, including religion, are scarce in a nation that treats its current and past leaders as heroes of mythic proportion.

Juche literally means self-reliance. As a political philosophy, it entails utter independence to the exclusion of any kind of outside influence. Kim described the ideology in a 1955 speech in the aftermath of the Korean War by saying: “All  ideological  work  must  be  subordinated  to  the  interests  of  the  Korean  revolution.” In other words, the state, its leaders and its political vision come before the interests and identities of individuals.

In practice, said Korean history scholar Donald Baker, juche ― and the unconditional loyalty it demands of the citizens ― has “evolved into a functional equivalent of religion.”

As a result, organized religion is tolerated at best and viewed as secondary to juche, which operates to maintain North Koreans’ faith in the government and in the Kim family. “Juche serves as an ideological tool for unifying the country,” Baker, a professor of Korean history and civilization at the University of British Columbia, told HuffPost. “It says, ‘We don’t need God. Instead, we rely on the leader.’”

Immortality comes about in that if your body dies, as long as your community survives you’ll have some sort of continued existence.”

Like religion might, juche even promises North Koreans a kind of immortality through their dedication to the state.

“In juche human beings are defined as members of a sociopolitical community,” Baker said. “There’s no individual apart from the community. Immortality comes about in that if your body dies, as long as your community survives you’ll have some sort of continued existence.”

As scholar Grace Lee wrote in an article on juche published in the Stanford Journal of East Asian Affairs: “When Kim Il Sung unilaterally declared juche to be the governing principle of all aspects of North Korean life, as well as the ideological basis of all state policies, the philosophy gained the full authority of Kim Il Sung’s godlike status.”

There are an estimated 40,000 statues of the late president throughout the country. Every home in North Korea is required to have portraits of Kim and his son and successor, Kim Jong Il, who died in 2011, displayed. The portraits are treated like sacred objects and must be kept clean and well-maintained.

The bodies of Kim Il Sung and Kim Jong Il are embalmed and on display at Pyongyang’s Kumsusan Memorial Palace, a site known at the “palace of the sun” and treated like a shrine. Like his father, Kim Jong Il is also revered with an immortal status and carries the title “eternal leader.”

Kim Il Sung’s grandson and the current leader of North Korea, Kim Jong Un, is often referred to as having “a sacred bloodline,” Baker explained. As long as he and his descendants survive, the juche community lives on.

Some say juche builds upon Marxist ideals, which governed the country for the first half of the 20th century, but Baker argues the ideology has more to do with Korea’s history of Confucianism than with communism.

“Confucianism has a focus on the family and on community,” Baker said. “There’s the idea that your identity comes from your family and your community. You’re alive as long as your descendants remember you.”

Confucianism, a spiritual philosophy that developed in China some 2,500 years ago, was a guiding ideology in Korea for centuries and dictated an antagonism toward organized religion long before Kim ever came into power.

Under Confucianism, citizens were required to observe certain rituals, including funeral rites. When someone died, their children were required to honor the deceased by commemorating a tablet with their name on it and bowing before it during rituals. In Catholicism, this treatment of a sacred object was considered to be idolatry. Paul Yun Ji-Chung, a Korean Catholic man alive in the late 18th century, angered the government by failing to perform the tablet duty after his mother died. He was executed in 1791.

Pope Francis beatified Ji-Chung in 2014, bestowing upon him a blessed status one step away from sainthood.

The Catholic leader also honored more than 100 priests and laity who met a similar fate to Ji-Chung in Korea. One man, Bishop Francis Borgia Hong Yong-ho of Pyongyang, was imprisoned in 1949 under Kim and is believed to have died in a prison camp.

North Korea continues to view Christianity with distrust. The government sees the 2,000-year-old faith as a tool of foreign powers, Baker said, evidenced by the arrival of missionaries who came from abroad throughout the 18th and 19th centuries. Buddhism, one of the other main religions maintaining a fragile presence in the country, is largely seen as the product of the past.

The government allows religious organizations to exist, but membership is small for a country of some 25 million. There are an estimated 10,000 members of the Korean Christian Federation, North Korea’s Protestant organization. North Korean authorities have reported roughly 3,000 members of the country’s Catholic association, about 10,000 in the Buddhist federation, and some 15,000 in the indigenous Korean Chondoism movement.

Pew Research Center reports higher numbers of religious affiliation in the country, derived from estimates from the World Religion Database, with some 480,000 Christians, 370,000 Buddhists and 3 million adherents of folk religions in North Korea as of 2010.

“One of the reasons they allow religious organizations to operate is for international cooperation,” the scholar said. “They can send representatives to religious conferences, like the International Council of Churches, and spread propaganda.” Namely, an international presence at faith conferences allows the country to maintain a facade of religious freedom.

The government is outwardly opposed to fortune-telling, but Kang said there are rumors that even the country’s top elites and officials consult fortune-tellers or, if they’re men, send their wives to do so.

Activists have indicated that citizens get around the government’s restrictions on religion by worshipping in secret churches. Reports of an underground church network helping smuggle refugees out of the country have painted an inspiring image of resistance in recent years. But Baker is skeptical about the presence or impact of such a reported network.

People are too afraid to even engage with religion.

“Most of the Christians who could fled to the South during the war. It’d be very difficult to maintain a Christian community in North Korea because you really don’t have any privacy,” he said. “Government officials could break into your home at any time to make sure you have your Kim Il Sung portrait displayed. And none of the refugees I know who have left have said they know anything about an underground church.”

Resistance to the government’s overwhelming demand for loyalty in the form of religious organizing is scarce ― or at least inconspicuous ― because “people are too afraid to even engage with religion,” Baker said. Where the government does occasionally crack down, though, is on foreigners. If a tourist so much as leaves a Bible in their hotel room, they could be arrested at the airport and detained for questioning.

In 2015, Korean Canadian pastor Hyeon Soo Lim was arrested during a humanitarian trip to North Korea and accused of using religion to try to destroy the country and help foreign powers lure North Korean citizens away. The 62-year-old was sentenced to life in prison with hard labor. His fate remains uncertain. 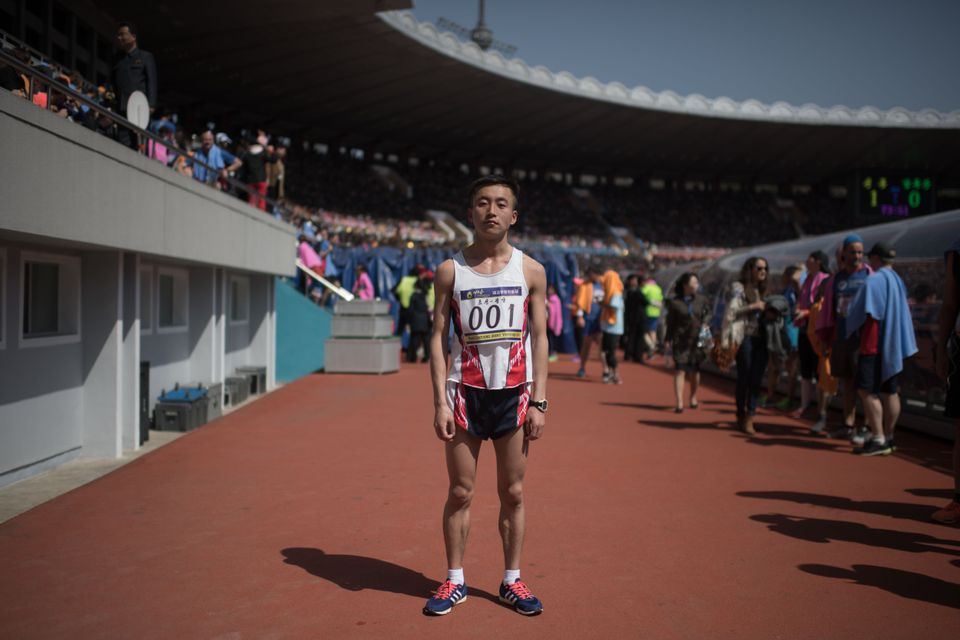