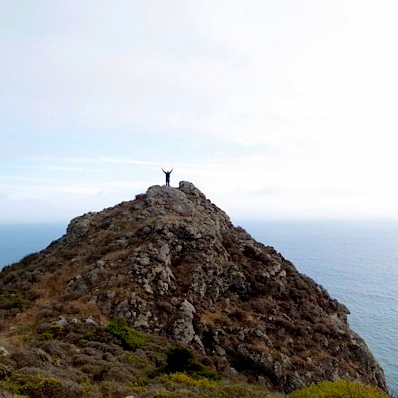 I went from a time when we ate oatmeal for dinner because it was all we had, when I kept the school proofs because I couldn't afford the photos, and when the tooth fairy once left an IOU note... to where I am now: living internationally, doing what I love, and having all that I need.

During the tough times, I used to whine a lot. And I could build a strong case for victimization around lack of money, cars breaking down, people hurting and betraying me, lousy options and missed opportunities. I gave people and situations the power to make me happy or unhappy because it was easier than taking responsibility for what was going on in my life.

Today, I have a friend who acts in a similar way. Whenever she believes that she's unappreciated or unsupported, she pouts. Then she says things like: "Life isn't fair," or "He always does this to me, and I can't stand it." If anyone tries to share a different perspective with her, she says, "Yes, but..." And everything that follows the "but" is her justification for holding other people responsible for her attitude.

She could instead drop her resistance, by letting other people be just as they are without wishing they would be different for her. And she could manage her self-talk better. For instance, she could stop saying "always" and "never" because they are always never accurate. And most importantly, she could create the internal change that she wants to see externally -- by consciously choosing thoughts, words and actions that express what she wants to receive from others.

She could do all of this -- or not. And either way, my role is to see her as capable of doing it, without requiring her to do it, without wanting her to change for me.

How did I change? I eventually got over my own negativity and began looking for an alternative. I stopped trying to force people -- my ex, my boss, my landlady, my neighbors, my government -- to change so that I could feel better. I stopped blaming people and circumstances for what was happening around me. I learned to pay more attention to what was going well and to capitalize on that.

Oh, and I stopped whining!

Voting Made Easy
Register to vote and apply for an absentee ballot today
Register now
More:
healthy livingrelationship adviceRelationshipsvictim blamingsuccess
Newsletter Sign Up
The essential guide to taking care of your mind and body
Subscribe to HuffPost’s wellness email
Successfully Subscribed!
Wellness delivered to your inbox