Most of us already think of planes as hotbeds for nasty germs. But if you need a study for confirmation, just consider this report from researchers at Auburn University, who found that MRSA infection -- an antibiotic-resistant strain of staph bacteria -- can survive on airplane surfaces for four to seven days, depending on the surface. And E. coli? That potentially deadly bug can survive for up to four days on typical airplane surfaces, the researchers found.

When you consider the number of humans who fly each day and the fact that flight attendants probably only wash tray tables during overnight stopovers, this is some really scary news.

So how do you avoid getting sick from your next flight?

1. WASH. YOUR. HANDS.
It sounds too simple, but almost every professional says it's the most effective way to stay healthy. Even antibacterial gel can't substitute for 20 seconds of scrubbing between your fingers and under nails, where 70 percent of germs are known to hide. (Bonus for shoddy plane bathrooms: the water you use can be either hot or cold-- the CDC says it doesn't matter).

2. Don't use the tray table.
There's the aforementioned lack of washing and threat of E. coli remnants. Antibacterial wipes might help reduce your tray table's germ count, but some expert travelers say they prefer to just keep their tables upright altogether. 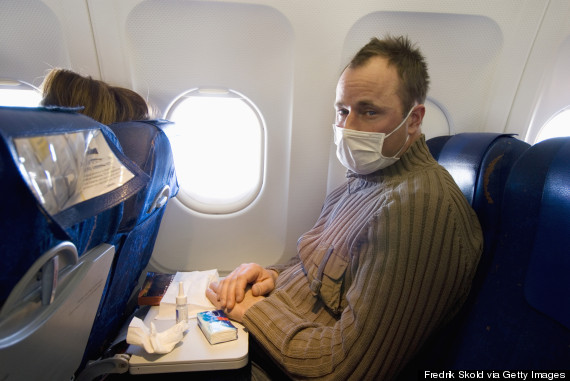 3. Bring your own blanket and pillow.
Unless you're on the first flight of the day, it's probable the blankets they give you have been used and re-folded from the last flight (MAJOR ew).

4. Stay away from aisle seats.
As Rick Seaney asked, “As a sick person makes his/her way to the bathroom, which seat backs will they be grabbing for support?"

5. Open your air vent.
Circulation keeps sickness outbreaks at bay. And despite what you may have heard, plane air is filtered and safe. Let it flow.

6. Ask to move if your seat mate is sick.
When sneeze particles might travel as far as 30 feet at speeds of 35 mph, there's no reason to take chances. Don't be afraid to ask your flight attendant if there are other open seats -- they've dealt with (and granted) crazier requests before.

7. Hydrate often, and with hot water.
Drinking water is extra-critical on planes, where the air can be up to 55 percent drier than in a typical indoor setting. You'll consume more water overall if you sip in spurts instead of chugging at once, and the steam from hot drinks keeps your protective membranes moist in the cabin's dry environment. 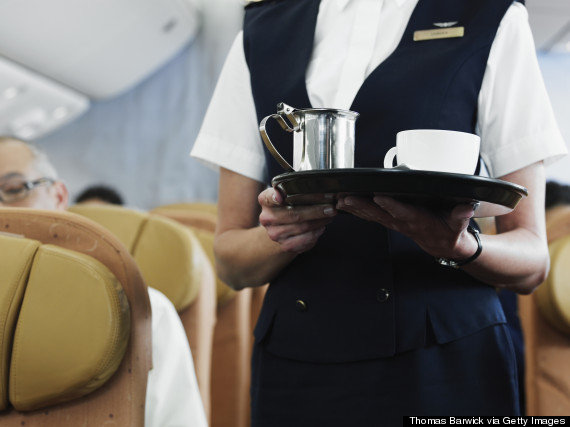 8. Line your nasal passages.
You can also combat cabin dryness with a nasal spray, which will increase the activity of tiny hairs in your nose that block germs. Apparently, swabbing some Vaseline into your nostrils works, too.

9. Make sure your meal is hot.
The FDA has previously warned us about bacteria and airplane food, but heat should quash most harmful bacteria.

10. Open lavatory doors -- and overhead bins, for that matter -- with a paper towel or sleeve.
Approximately 50 people will use the bathroom on an average flight. Don't collect their germs.

11. Rest up so you're not worn down.
Before, during and after your flight, it helps to give your system the fuel for fending off illness.

The World's Best Airports For 2014