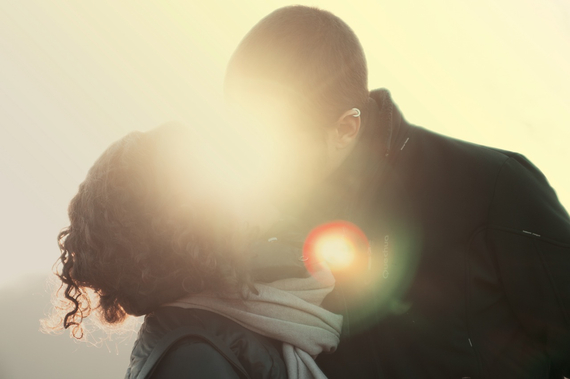 My husband is a recovering drug addict. I say, "recovering" because although he doesn't use drugs anymore, he's still learning how to not behave like an addict.

Being married to someone struggling with addiction is harder than it sounds. The usual advice is to, "RUN!" Yet, here I am. Even though leaving seemed like the obvious "right" decision I felt God telling me to stay.

When things were at their worst I didn't see how anything good could come from staying but I had faith and I obeyed.

I can see there's a purpose to it now.

Being married to someone struggling with addiction is an interesting paradox. I have to be firm but kind, have boundaries yet, be flexible and full of mercy. I say I've been going through "Extreme Marriage Bootcamp."

For example, every time we have an argument my husband is ready to run out the door. He loves me but he always says it. It's his defense mechanism. He's learned to always take care of number one. Growing up, the people who were supposed to love and care for him hurt him. It doesn't excuse his behavior but knowing this, I extend mercy to his "fight or flight" response.

My husband is a believer but he doesn't trust that God will never let him down.

I was raised the opposite of my husband. I was taught to depend on God and not on people. I was told that people would always let me down but my Father would be good to me and had a plan for my life. I can't say I've always held onto those teachings but nevertheless, it was how I was raised. There's always been someone who I could turn to for support and a reason to hope.

Whoever said that marriage was going to be easy?

If you're in a season of difficulty or decision, here's:

Eight Tips to Not Give Up on Your Marriage

All that said, God doesn't bless all marriages. We have free will and we can marry people that God doesn't want us to marry. We don't have to stay married to the wrong person out of guilt or pressure from church culture. If you're in an abusive relationship or your spouse has abandoned you, give yourself permission to go.

However, when we're in a marriage that we know God blessed, we're sinning against Him if we give up on it. It's not just giving up on our marriages, it's telling God that we don't have faith in Him.

God is so good to us. If we stay faithful to Him and practice obedience, He promises to give us the desires of our hearts. It's a wonderful, incredible, blessing when God restores love to a broken marriage.

"Delight yourself in the Lord, and he will give you the desires of your heart."

I know it happens. I'm proof.

If you're a woman with a loved one struggling with addiction join us in the, "Live, Love, Hope" Community for support and encouragement.