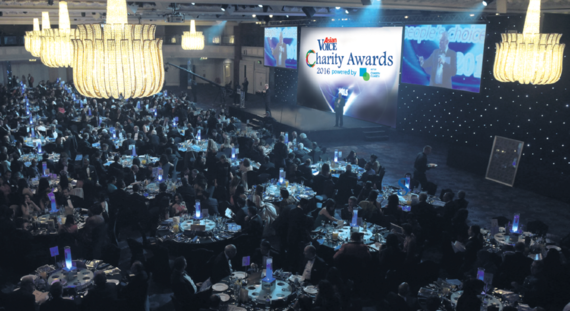 It's an important year for the charity sector in England and Wales. Changes are afoot - much anticipated ones - at the Charity Commission, the primary regulator. The way fundraising works will also be in line for significant changes. And this is A Good Thing for the country, because a strong, independent and respected regulator is essential to uphold public trust in charities.

Many leaders in the sector have expressed concerns about the governance and transparency of the regulator. But the regulator has been cagey in its response. I've personally tweeted and emailed the Commission several times in the last year, without any response.

By all accounts, it's been a bad year for the regulator. A House of Commons report into ignominious collapse of celebrity doyen charity Kid's Company found an "extraordinary catalogue of failures of governance and control at every level". If the regulator had followed Charity Clarity's outreach about Kid's Company earlier then the disaster that ensued could have been avoided.

In January 2015, an investigation was started by the Charity Commission into a faith-based charity accused on extremist links. After the requisite information was provided by the charity, the regulator stayed quiet for several months - one minute it was concerned about extremism, the next it didn't care much.

The Commission has become more interventionist and publicity-hungry. There are accusations of a lack of transparency, decisions being made a small cabal, and rushing through of important sector-wide guidance with little or no consultation.

Charity Clarity aims to empower donors with ratings for charities, based on internal factors (financial health, accountability and transparency) and external (how well it works and communicates externally). It's interesting to look at what the Charity Commission might earn as a rating on Charity Clarity's metrics.
The regulator has had several high-profile mistakes and disputes spill into the public arena - so-called Sentiment Analysis, which mines sentiment towards an organisation using natural language processing, would rank poorly.

Its Working Capital position has worsened, and more than 10% of employee costs in the latest accounts went into just redundancy costs. Income has fallen at a time when the income of the 165,000 registered charities in England and Wales it regulates has increased.

Its board of directors have a good record of attending board meetings, there is excellent gender diversity, but Diversity in skillset is poor.

Most importantly, on Vision And Strategy, the Charity Commission seems to be stuck, with funding for tackling terrorism doubling in the last year from Government, but for responding to the needs and expectations for charities and the public, less resource is being allocated.

It's important to remember that Margaret Hodge, chair of the public accounts committee at the time a National Audit Office report into the Charity Commission came out in 2013, said it was not fit for purpose. Its follow-up report in 2015 has said some progress has been made.

The Asian Voice Charity Awards are coming up in a few days and for the first time ever, the judges for the Awards were able to use a rating on the above basis as an independent and robust way of shortlisting the nominations from an extremely competitive field. It was an efficient way of culling the poorest performers. According to one of the main sponsors, Manoj Nair, CEO of real estate tech start-up RedGirraffe.com, this could be "genuinely making a difference not only in Britain, but showcasing great work from around the world."

Data from the 400 or so charities listed on the site shows that charities that perform best are ones that have good gender diversity amongst management, have a clear vision that is shared across the organisation, submit accounts on time, have income growth higher than peers, invest in building relationships through effective digital marketing, have some trading revenue and do not have disputes which leak into the public domain.

Despite all the issues, the Charity Commission still releases much better data than its neighbour in Scotland, and has a difficult role in maintaining oversight over 165,000 charities in a challenging funding environment. While guides such as Charity Navigator in the US are widely accepted and welcomed, it's important for the growth of the sector in England and Wales that initiatives like Charity Clarity are also embraced. They can play a huge role in prevention, rather than waiting for the cure.