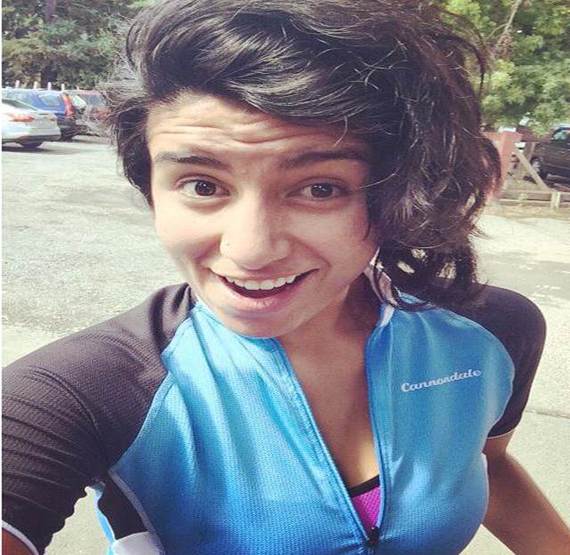 Four months after my niece's graduation party, she got an email with a subject line indicating that she would soon need to start making payments on her student loans. Employed only part time and sharing a room in a small apartment to keep costs down, she was afraid to open the email. Since I know something about student loans, I offered to help her out. I took a Sunday morning drive to her place.

It was worse than I imagined. Not her debts, which were about average and composed only of federal loans; fortunately she has none of the high-cost, inflexible private loans that usually play a role in the worst student loan stories. The awful part was the process of figuring out her options. The system seemed designed to confuse rather than inform, purposely rigged against the borrowers who most need help. Laura took screenshots as we went along so I could share with the world what we were experiencing. As you follow us on the journey, notice how difficult it was for us to get her on the path to income-based repayment, even though I knew from the start that it would likely be best for her.

We sat down at her dining room table with a roommate's computer. She closed her eyes and opened up the email. What we saw was a relief, making me think, for a moment, that my assistance was not needed, my trip had been superfluous. The email was friendly in tone and made it clear that she would not necessarily have to make large payments right away:

It's time to decide how you want to pay back your student loans. You determine whether you begin making full payments or pursue an income-based plan that could possibly lower your payments to $0.

A payment of zero sounded pretty good given Laura's part-time employment as a teacher at an after-school program. She clicked on the link that would help her figure out the best repayment option for her.

After successfully signing in to her account, the screen that came up appeared to give her just two options: a pre-selected flat monthly payment of $300 per month, or a graduated plan that would start at about $200. If Laura had been on her own, she probably would have picked the lower of those two amounts, assuming that it was the income-based one and that something about her debt meant she couldn't get a lower payment, that zero was not an option. 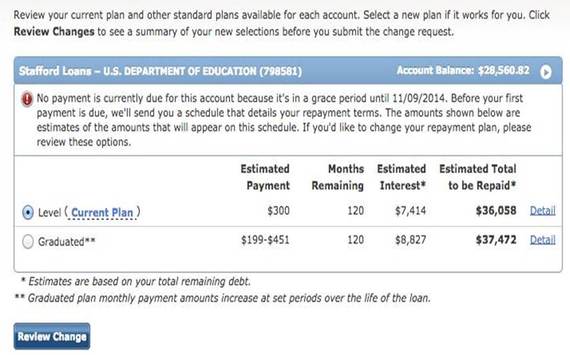 I asked her to try scrolling down, and there we found a hopeful sign: Repayment Options Based on Your Income. It didn't say much, but there was a highlighted link, and she clicked on it. Our optimism was short-lived. Laura was led to a page labeled "Forms," featuring brief descriptions of four to choose from, each apparently leading to a different version of income-driven repayment. Take a look (below). It is impossible to figure out which one to choose. And Laura at this point has no idea whether it is worth solving the riddle; maybe she should just go with the easy $200 option already presented, even though it would mean asking her roommates to help cover her rent. 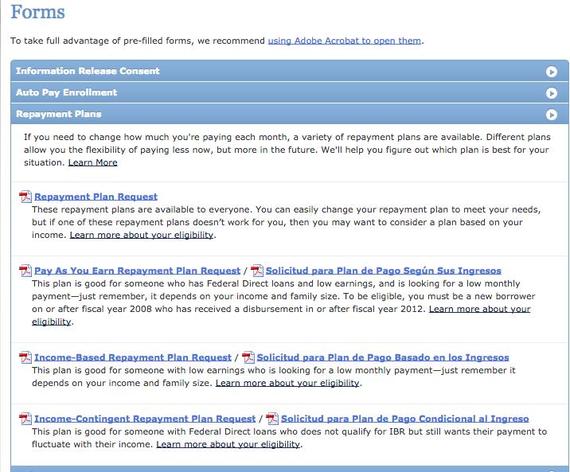 Even though Laura's loans are from the federal government, this web site is not the work of a government agency. When I was helping the Obama Administration to make the shift from a loan program based on bank subsidies to a simpler, direct loan program, I thought it was important to involve the private sector in administering the loans. The company is one of several contractors that are expected to develop their own creative and cost-effective approaches for assisting borrowers, competition that I thought would lead to better service than a more micromanaged system would offer. Perhaps I was wrong.

Laura has, at this point, signed in to a secure web site that has all of her loan information. Why, then, is the company asking her obscure questions that the company itself can answer with the information it has already, or can easily obtain? The company knows what types of loans Laura has, and it knows when she took out those loans. Rather than throwing all manner of loan terminology and dates at her, it could use the power of information technology to tell her which repayment options she is eligible for.

But the real whopper came on Laura's next click, after we spent a lot of time deciphering the descriptions of the different forms. When Laura clicked on her choice, I could not believe what popped up. Check it out. The form is the same for all of the options! In other words, there was no reason to rack our brains to figure out which form fit Laura's loans and life situation. No purpose to it at all.

And, the form we clicked on is an awkward federal form, in fillable pdf but without any interactivity that would help Laura answer some of the less straightforward questions. Questions, again, that the company is much more capable of answering: whether Laura's loans are Direct or FFEL, when they were disbursed, and whether she has any federal loans serviced by other companies.

I didn't know it at the time, but I now know that there was another way; the federal government does not actually require the paper form. Instead, there is an online form, designed in conjunction with the IRS to eliminate the need for borrowers to dig into their files to find a copy of their tax forms (which are needed to confirm income, for income-based payments). Again, the company seems to be purposely making the process difficult for Laura. Sometime after I left, she printed out the pdf, signed it, and sent it. In an envelope. With a stamp.

Laura's first payment is due on November 9, and she still has no sense of whether she needs to come up with $300, $200, nothing, or something in between. At a minimum, the company that services her loans could have, should have, given her a provisional answer, or a range, based on information it has access to already. No wonder so many struggling borrowers aren't signing up for income-based repayment: they do not have an uncle who is a student loan expert.

Higher education policy expert in the Obama & Bill Clinton Administrations; senior fellow at at The Century Foundation. Views are my own.