Harold "Towny" Robinson is doing something not many people have been able to do in a downturned economy -- turning a flailing company into a thriving one.

When he took over JayMac, a small Louisiana-based pharmaceutical company, in 2004, sales were $19,000 for that year. By the period between May and December 2005, with three new products, sales rose to $1,000,000. Since then, his company has achieved sales of approximately 3 to 10 million dollars in sales each year with a high percentage of profit which he acknowledged is "unheard of in this industry."

He attributes his success to four categories: experience, knowledge of the market, financial constraint and a "do-it-yourself" philosophy.

Robinson's experience includes 29 years working at Schering-Plough (now Merk) where he was involved in every therapy area except diabetes. This experience combined with his knowledge of the unique market in Louisiana allowed him to see the gaps in the market and fill them.

"It's understanding the therapy areas in the marketplace and the needs," explained Robinson, " It's different in Louisiana and me having lived here and worked for this other company for many years, there are a lot of opportunities that I understood."

Robinson added that companies not based in Louisiana would not understand the special needs for success for a product in this state. For example, distribution is a big issue, so Robinson was able to connect with a wholesale distributor that serves 250 independent pharmacies in southwest Louisiana. He also spent his first months at JayMac establishing a federal rebate agreement to access Medicaid payment to accommodate the need for cough and cold products in the Medicaid market.

"The cough and cold, prn, it's not something you would use chronically, so it doesn't have as much potential," he explained. "Profit potential for larger companies is around a billion dollars in sales whereas profit potential for a company like us is ten million in sales. Flying under the radar in providing a huge need that nobody will try to meet because it's not financially profitable for them is where the niche was."

Robinson developed about 15 successful products from 2004 to 2010, and then he faced some hurdles.

"When the Unapproved Drug Initiative where the FDA came in around 2012 and said that they were getting rid of a lot of the cough and cold products and cough syrups, we lost about half our products that were really, really big products," he said adding that at this point his company had to shift focus.

"At this point I could see there was an opportunity to develop a product in the folates for depression space nationally," Robinson explained. "EnLyte was born and has been a huge success paving the way for a new, safe paradigm shift in treatment for depression in the USA."

After exhaustive research and collaboration with chemist, Rhett Daniels, Robinson learned that by combining the three forms of folates and B-vitamins into one product, depression can be better managed.

"Our product is really, in effect, for people that are deficient in folic acid and other metabolites. It is indicated for hyperhomocysteinemia which is failure of the cycle in your brain to produce neurotransmitters," he explained. "When people don't have these things, they can't produce neurotransmitters which regulate mood. Lack of them causes depression."

Robinson said that for major depression diagnoses, EnLyte is prescribed in combination with other anti-depressants. Combination therapy can help patients reduce the dose of traditional anti-depressants thereby reducing side-effects of those drugs. For mild to moderate depression EnLyte is an effective monotherapy, and the EnLyte adds no risk to the patient.

"That's one of the main reasons physicians prescribe it," Robinsons said. "It's because it does the work of anti-depressants without all the risks."

"The National Institute of Health has identified homocysteine levels as a major risk factor in Alzheimer's and the development of Alzheimer's, " Robinson stated.

With only one other product using folates this way on the market, Robinson realized the potential of this untapped market across the country and has taken advantage of it. Enlyte has done sales of $1,000,000 with the with hopes for a potential 20-50 million dollars in sales, nationally.

The other two keys to his success, financial constraint and doing it himself have proven to be a smart strategy in an uncertain economic time.

"We have done this without any investment," Robinson pointed out. "We have never borrowed any money, we have never over-extended credit-wise. We are always making money."

While EnLyte is nationally available and distributed, Robinson's sales force is fractured into about 6 modalities using mostly inside sales with some people on the ground in a few states. He also does conventions and publications for promotion.

"Other business would borrow and extend themselves with a national field force," he said, "but you never know when the ugly head of regulatory or something you don't have control over is going to reach up and grab you."

Robinson developed the product himself and took a step-by-step approach. He noted that unlike large pharmaceutical companies, he focuses on therapeutic need and filling a gap in the market.

"Most therapy areas have ten to fifteen drugs, and this didn't have but one. We are pioneers in the folate therapy for depression and we build on what was already out there," Robinson said. "Our product meets the needs of what folate therapy should have been all along."

By knowing his market, working within his means, being willing to adapt to changing forces in the marketplace, and developing new products himself, Robinson, steadily formulated his plan for success.

"From day one, we always knew it was better if we did it ourselves because when people farm stuff out to other people and hope for the best, it never happens. It only happens when you do it yourself."

Senility Depression Pharmaceutical Industry Antidepressants Ceo
This Blogger's Books and Other Items from... 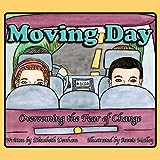 Sweeten The Deal: How to Spot and Avoid the Big Red Flags in Online Dating
by Elizabeth Denham