Pennsylvania lost a congressional seat as the result of not gaining enough people relative to other states. The GOP took full control of the state government in 2010. They have the opportunity to redraw the lines for the new congressional districts.

Part of the reason the GOP was able to maintain control of the statehouse was a Democratic state representative from suburban Philadelphia, Paul Drucker, who in 2009 got the bright idea to propose placing toll booths along a highway that reaches from King of Prussia, PA, to Reading, PA, US 422. This is an hour drive when traffic is clear -- it takes about 3 days during rush hour.

The proposal would have cost residents and businesses literally thousands of dollars to drive this road.

When Drucker, whose district sits around the King of Prussia terminus of the highway, was told of the economic damage this tolling would do to the residents and businesses of region, he turned a tin ear to keep pushing the idea along.

The winner, GOP one issue candidate Warren Kampf, simply put signs along the highway to say, "Do you really want to toll this road?"

The GOP knew they had a potent issue. During 2011, the GOP hammered Democrats as wanting to toll this road. GOP state reps from up and down the corridor had press conferences and town hall-style meetings to whip the populace up into a lather.

County and municipal races were run during 2011. The Democratic slate in Montgomery County lost the chance for a clean sweep when the GOP heavily advertised that Democrats could not be trusted about tolling this road. As further evidence, an outgoing Democratic county commissioner, Joe Hoeffel, was squarely behind the toll idea until he showed up at one town hall meeting and was pretty much booed as he spoke.

Here are the numbers from the 2011 race: 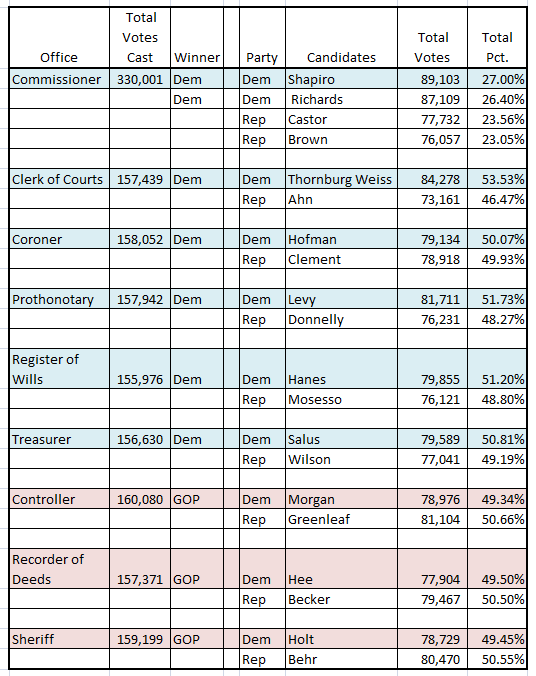 Now split out by towns outside the 422 corridor vs. those along the corridor: 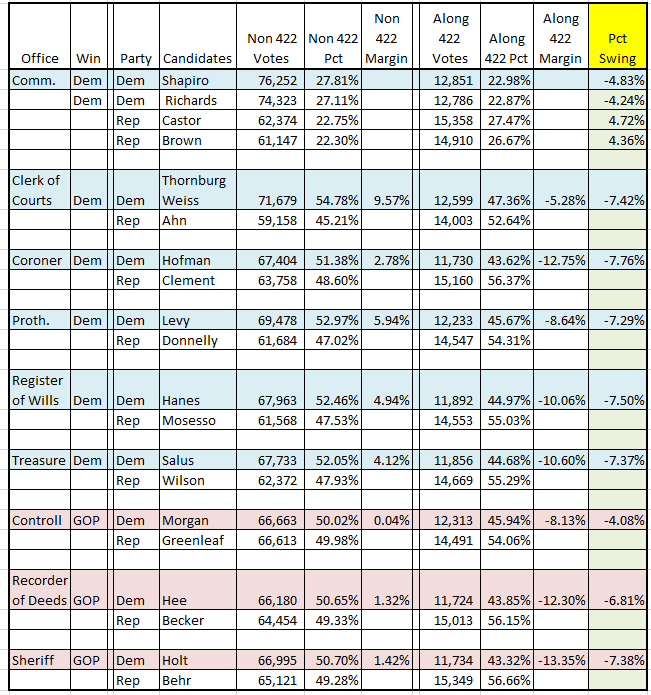 It is pretty stark. (It gets even worse if you factor out the King of Prussia town who only had one toll booth proposed by Drucker's plans.)

Here is what to notice:

The Democrats won every race OUTSIDE the 422 region.

The losses they took here were enough to knock out 3 of their row office seats.

A number of incumbent municipal Democrats along the 422 also were blown out of office.

The GOP knows what to do with these numbers. Take a close look at the gerrymander for both the 6th and 7th congressional districts. There has been a lot said as to why the 7th looks the way it does. At first it looks like a Rorschach Test. Some people think it is one of the top 5 worst gerrymanders of 2012. I think I figured out why it looks like it does. 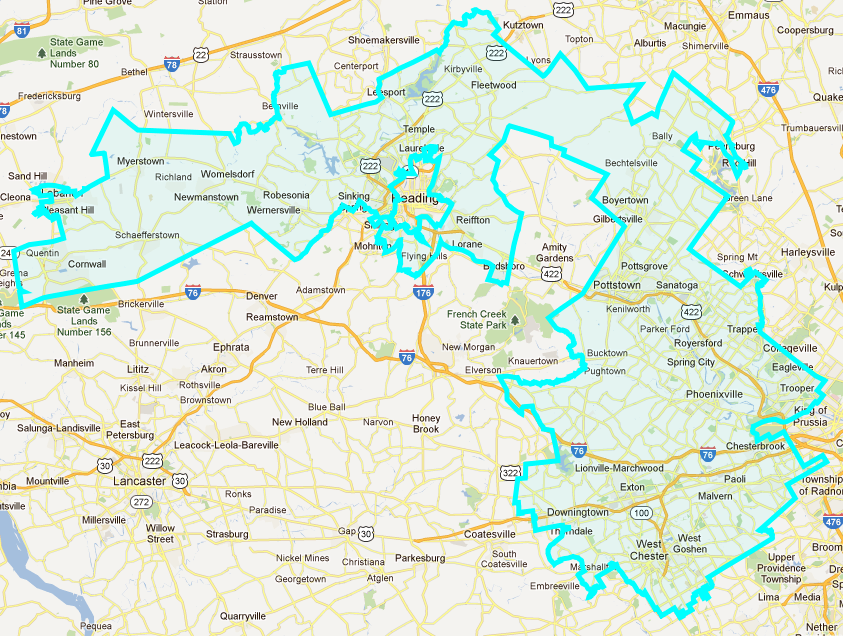 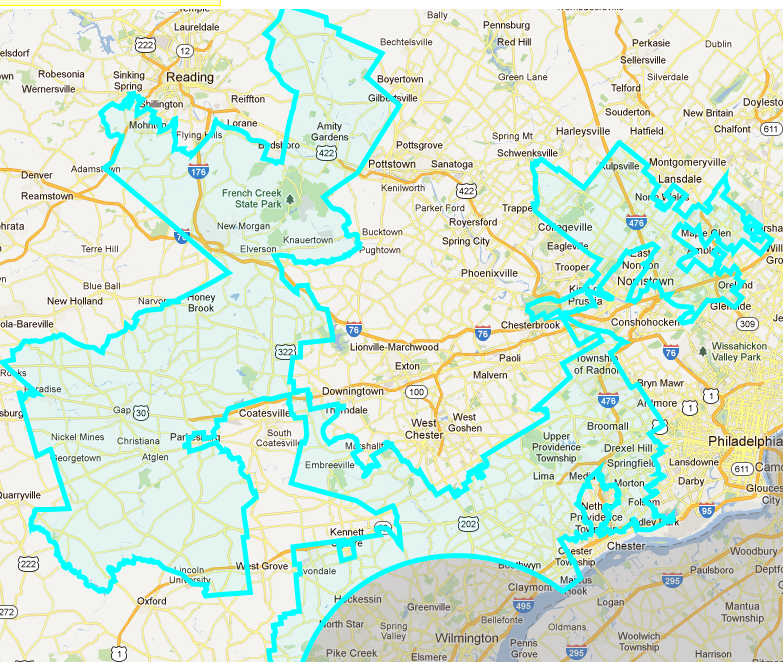 This isn't as crazy as it looks.

The 6th congressional district drops into the middle of this highway while the 7th encapsulates either end of this road. They fit together like a hand-in-glove around 422. Both districts would serve a lot of suburban types that would have to pay a toll if one were to exist. The GOP has already maximized this issue.

Here's the link if you want to play with the maps: PA Redistricting Site

This can't get any better, right?

Believe it or not, Paul Drucker is running for his old seat again. Even though an alternate candidate stepped up to challenge him, the candidate did not have enough money to run both a primary against Drucker being a well-heeled trial lawyer in the spring AND a GOP incumbent in the fall. The movers and shakers inside the Democratic party have chosen Drucker as their man.

Nearly every other Democrat running in the region knows the 422 issue is a dead one. Now the GOP will likely saturate with region with ads rightly stating the Democrats think it was OK to toll this road. After all, the guy who pushed the idea is on the ballot and heartily endorsed!

I don't know if this is part of the reason Joe Sestak decided not to run in this election, you will have to ask him. But if I were thinking about being in a close race for the 7th, I would be looking at this geography very critically.

If the Democratic party wants to immediately lose these two seats, they can keep Paul Drucker (as he is the guy who started this mess) in the race, and every other candidate goes down because of a small state rep who wants his seat back, but will never get it.