Observing New York state politics is like watching felons run a parole board. Last week, senate leadership killed a bill that would have cleaned up state government and created citizen-funded elections. It was a huge opportunity to stem corruption that has wracked the state. Thirty-two state officials have been in deep trouble over the last few years, including (ironically) four former Senate majority or minority leaders. A 2012 study gave New York a D grade, and ranked it 36th nationally in government integrity.

But this is more than just another case of jaw-dropping political dysfunction. What happened in Albany last week has major implications for national anti-corruption efforts that are central to making progress on the issues that you care about most, yet keep losing. Health care, climate change, education, financial oversight, military spending... the list goes on. 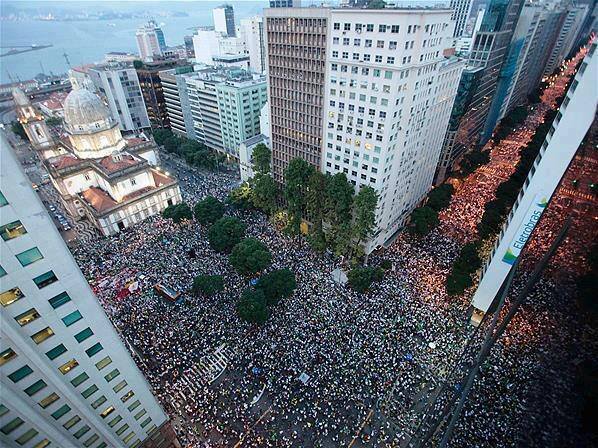 Every American who cares one whit about future generations should be obsessed with money in politics corruption. And for those of us who are, all eyes were on Albany. The Fair Elections Act was backed by serious funders and a skillful organizing campaign. But it was not enough: the latest in a long string of disappointments for public interest advocates. This one however should serve as a blaring wake up call for reformers that it is time to change the play.

The Albany effort had all of the ingredients of a winning campaign. In January, Governor Cuomo opened the legislative session with public financing as one of his top priorities. It received endorsements from celebrities like Alec Baldwin and Jason Alexander as well as the editorial boards of the New York Times and several other papers across New York. The state assembly easily passed the measure in May, but in the end, the momentum for change was stopped cold.

How could this happen? The hard lesson to take from Albany is that a deliberate legislative effort that works within a corrupt system -- in the current political environment -- cannot overcome the power of that corruption. The only way to get foxes (politicians) to put a lock on the henhouse (campaign money) is to change the political environment, and force politicians in the only place that works: the ballot box. And to do that, we must break with old habits, and forge a new strategy that:

1) Enlists grassroots conservatives and moderates into a movement historically associated with the left. Albany was no exception, yet polls show Americans of all ideologies support reform, and we now see that progressives cannot do it alone.

2) Builds a grassroots movement that is far bigger than the issue has ever seen. That means using more aggressive marketing and organizing tactics, and winning the active support of myriad issue advocates who are continually losing to moneyed interests. We must give them attractive and accessible entry points to the movement, and show them a path to victory.

3) Moves away from incremental policy proposals. We need big, visionary demands that can both inspire a movement and credibly claim to end quid pro quo politics. In this big tent there is room for both legislative proposals as well as amendments to the U.S. Constitution (a long shot, but a worthy organizing tool). It is notable that NYPIRG, League of Women Voters and Citizens Union did not actively support the Fair Elections Act in Albany because it was not comprehensive enough. I think they got caught up letting perfect be the enemy of the good, but it is a reminder that we must rally behind more comprehensive proposals.

With these pitchforks at the ready, citizens must go directly to their representatives in government with firm demands. Politicians of all stripes must be forced to go on record as for or against comprehensive reform. If they're for it, they should be recognized as "anti-corrupt" and strongly supported. If they're against it, they must be removed from office with the same zeal and effectiveness that defines the nation's most effective lobbies -- like the National Rifle Association. Serious money needs to fuel a whole new level of organizing and accountability. Some of the key backers of the NY effort get it, and plan to redouble their efforts to unseat opponents in Albany's aftermath. Professor Lawrence Lessig has announced similar plans. A consensus is growing.

At the end of the day, our job is to set the table for reform. "Only a crisis -- actual or perceived -- produces real change. When that crisis occurs, the actions that are taken depend on the ideas that are lying around," observed Milton Friedman. A corporate fundraising scandal in President Theodore Roosevelt's 1904 campaign prompted Congress to outlaw corporate contributions "in connection with any election." In 1943, with labor unions' power ascending, Congress extended the ban to them as well. In 1974, in response to the Watergate crisis, Congress implemented sweeping reforms, including contribution limits, disclosure rules and the public funding of presidential campaigns. Reformers have lost most of the battles ever since.

We must learn from this history, and better prepare so that real, comprehensive reform -- not piecemeal half measures -- are what get picked up and passed when the next major scandal breaks. We must begin building an anti-corruption movement like the ones rising in Brazil & Turkey. And we must organize, investigate and agitate to expedite that moment of opportunity.

Last month, a few dozen people gathered one evening in Istanbul to block the Turkish government's effort to demolish Taksim Gezi Park. The government sprayed them with tear gas and water cannons, and within days there were large demonstrations in dozens of cities across the nation. The national uprising was not ultimately about the park in Istanbul. It grew from a fervent belief amongst the Turkish people that their government is not acting on their behalf. A similar stew is simmering here in the U.S., even if it is not as hot as in Turkey.

But as income inequality grows, banks remain too big to fail, climate change legislation remains stalled, and health care costs skyrocket, it becomes less difficult to envision a similar backlash in America: a rebellion grounded in the fact that there exists rational, accessible solutions to these and other problems if politicians would simply act. That our leaders won't act as long as they remain dependent on special interest lobbyists. That the future of our economy, our air, our water, our health, and future generations hinge on our generation's ability to fix this problem. And that free societies with fair and accountable government are not given from the top down -- they are built from the bottom up.