To thrive in today's job market you need the right skills. Python, C++, Java... learning these programming languages in today's software-driven world can help you achieve a successful professional career. Fine, but what if you don't want to write code for a living?

What if on the road to self-discovery you find yourself stuck in a job you don't like but feel paralyzed because you don't believe there's anything better elsewhere? You feel lucky to still be earning your biweekly salary, but you find that the overwhelming competition for jobs stymies your ambitions. Or maybe you find yourself held hostage by a pair of golden handcuffs?

According to a recent Gallup poll, more than one in three Americans say now is a good time to find a quality job. That leaves nearly 70 percent who believe the job market is poor, suggesting they might be holding on to jobs they dislike. To make matters more problematic, a 2013 Pew study found that men are more willing to sacrifice their ethical values in exchange for money or success on the job while women were less inclined to sell out their values. All of these conditions point to a work culture that's perpetuating some degree of fear. It's fear born out of resignation that you won't discover something better and you should just settle for less. What is there to do?

Welcome to life coaching. "If the atmosphere and culture of a company is so far outside a person's core values and comfort zone, people have to admit to themselves that there is a choice to find something more aligned with where they want to be," says professional life and self-described "authenticity coach," Kathleen O'Grady. O'Grady's Raleigh Coaching provides services for professionals who seek greater satisfaction in their work life by uniting their personal goals and passions with their chosen occupation.

But it's not what she does that intrigued me about her, as much as the story of how she got there that inspired me to interview her. O'Grady discovered early on that life's hopes and dreams are often first met with life's painful realities. Upon graduating from the University of Massachusetts in 2001, O'Grady fell victim to a recessionary economy, forced to scramble for any job. She eventually landed on her feet in Stamford, Connecticut, getting work leasing high-end luxury apartments and condominiums. But that kind of work has a plateau, and the salary and bonuses became too meager to live on.

That's when life throws you unexpected opportunities. O'Grady became a professional executive assistant, working for the most successful hedge-fund manager in history. She became intimately involved in the daily functions of the business and came to realize that not all corporations truly represent the mission statements and vision that they purport to uphold. O'Grady began to identify that a phony display of professionalism in some corporations could indicate a true lack of authenticity.

If a company was not going to practice what it preaches, she realized, then it was time to find a new environment in which an employee could be in alignment with his or her own values. Wanting to live life on her own terms, O'Grady discovered coaching through a certificate program. Since then, O'Grady has opened up her own professional coaching service and works to help people realize their professional aspirations.

"People don't have to accept being a victim of circumstance. They don't have to accept living scared in their professional life," O'Grady told me. Life coaching is not a substitute for therapy. Whereas therapy responds to pains and ills stemming from one's life encounters, coaching focuses on fighting fears and discomforts with a person's level of professional and personal fulfillment. "A coach's role is to help people understand that the answers are within them. My aim is to pull solutions from the individual, provide those 'a-ha' moments that can lead them to more satisfaction," said O'Grady. 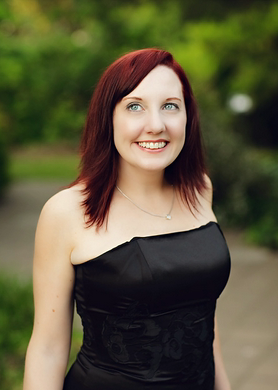 As a profession, life coaching has exploded across the United States. Millennials in particular now openly embraced this line of work, with projections by the Bureau of Labor Studies indicating that the consulting services industry is responsible for the majority of employment growth in professional and business services today. The International Coach Federation (ICF) has established certification-training programs at a number of major universities across the country. More than 18,000 members make up the ICF, with 49 percent in the United States.

Many performance artists, directors and writers have used life coaches to help them to better define their career and personal goals. For O'Grady, to lead by example is to lead authentically. This means abandoning the golden handcuffs and seeking your true life's calling.

Who knows? A life coach just might be the catalyst you're searching for that can help you tap into your unique genius.