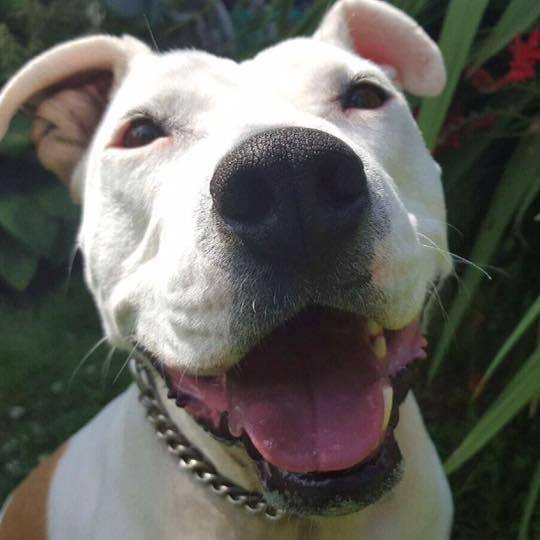 Two years ago, my then boyfriend and I decided we wanted a dog. We had just moved to Portland, Ore. and had a small back yard that would be perfect for a dog.

We didn't know exactly what kind of dog we wanted but I did know that I did not want a pit bull. I don't remember all the reasoning behind it but I wanted a nice dog who was well behaved, would be good with kids and was easy going. Somehow I was convinced that a pit bull didn't fit any of those descriptions.

Owning a pit bull would be a disaster and I just knew that people would give us bad looks because they were dangerous, not to be trusted around kids and would bite people -- and not let go! There was no way I would even consider it.

Then my now husband sent me a link to Max's online profile. He was listed as a lab/pit mix, had this adorable bandana around his neck and an "Adopt Me" sign hanging over him. I was still not convinced. Would he be more lab or more pit?

A few weeks went by and as we were searching again online, his profile came back up. Somehow, my very convincing husband talked me into driving almost three hours to Central Oregon to look at a pit bull.

Prior to making the trip, we had learned a little about Max's story. He had apparently been attacked by a pack of wild dogs on a nearby reservation and was hospitalized from the attack, then sent to the outdoor shelter (we later learned from a police officer who was at the scene that he had almost been shot but they then realized he was the one being attacked).

When we arrived at the outdoor shelter in Madras, Ore., a high-desert town that can drop below zero in the winter, Max was ready and waiting for us with a yellow bandana and this adorable puppy face that was screaming for attention. We carefully approached him and then he immediately warmed up to us. Then he saw a cat and went berserk. It only took a minute to figure out that he didn't get out of the shelter much. In fact, he'd been living there for 400 days. Yes, 400 days. 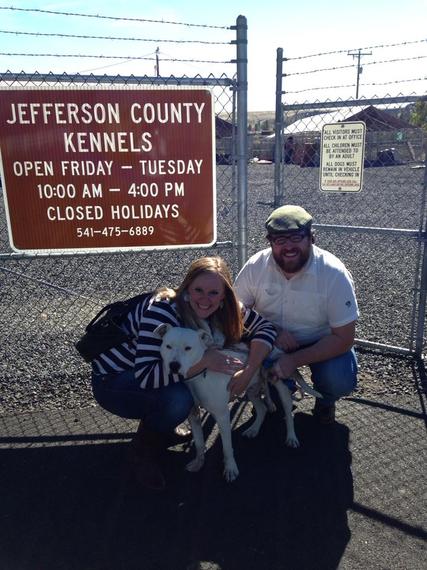 After about 30 minutes, we were cautiously optimistic and agreed that we would take Max for a couple of weeks as a foster-to-adopt. As we signed the papers, I confirmed that he was a lab/pit mix, to which the shelter quickly corrected me that he was pretty much full pit.

On the drive home, Max was understandably skiddish so I reached back to calm him down and he nipped at me, breaking my skin. That was it. We were not adopting this dog! He had proven me right.

A few days later, he was still acting out. After disciplining him sternly for something, he immediately retreated to his bed, froze up and would not move. The fear in his eyes was palpable. He knew it wouldn't last. It was too good to be true. We were going to send him back to that outdoor shelter. My heart sunk. I went and laid down by him on the floor and just started crying.

Then and there I decided we were going to make this work. I would not give up on him that easily. All he wanted was a loving home, with some toys and bones and a warm bed. 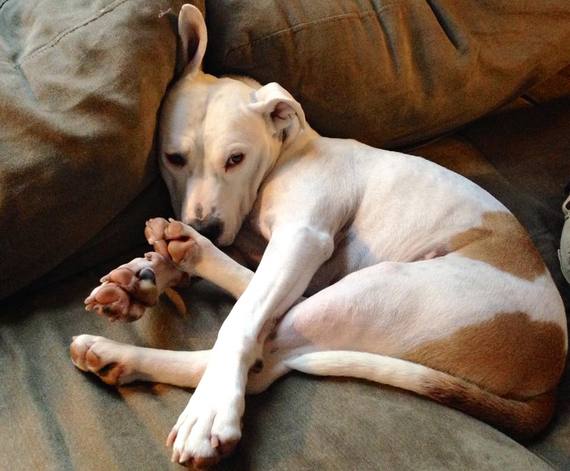 I'm not going to say that things were perfect at that time. Max was petrified of bikes (which was not good, considering bikes are everywhere in Portland!), he was terrible on walks, jumped out at motorcycles and scared the living daylights out of other dogs (and their owners).

It wasn't until we went through the loss of our pregnancy that Max showed his true colors. We were a mess. Weeks went by as we mourned the loss of what could have been. Max sensed it. He sat in between us as we cried, licked our tears away, took us on walks and helped us heal in ways we could have never imagined.

Max has made me a better, more compassionate, loving, responsible and caring individual. Over the past two years, we have needed him more than he needed us. I hope that during #pitbullweek, we can raise awareness about how loving and beautiful pit bulls can be. Max really adopted us and we are forever grateful. 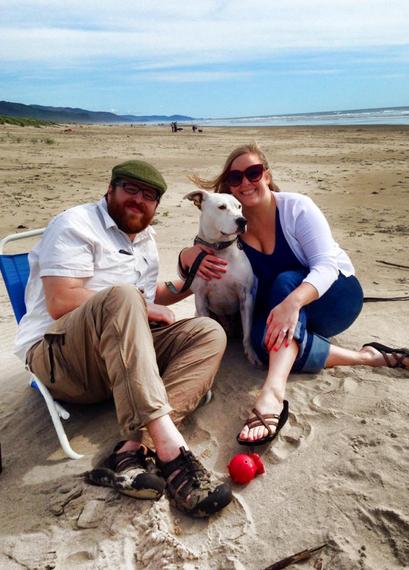 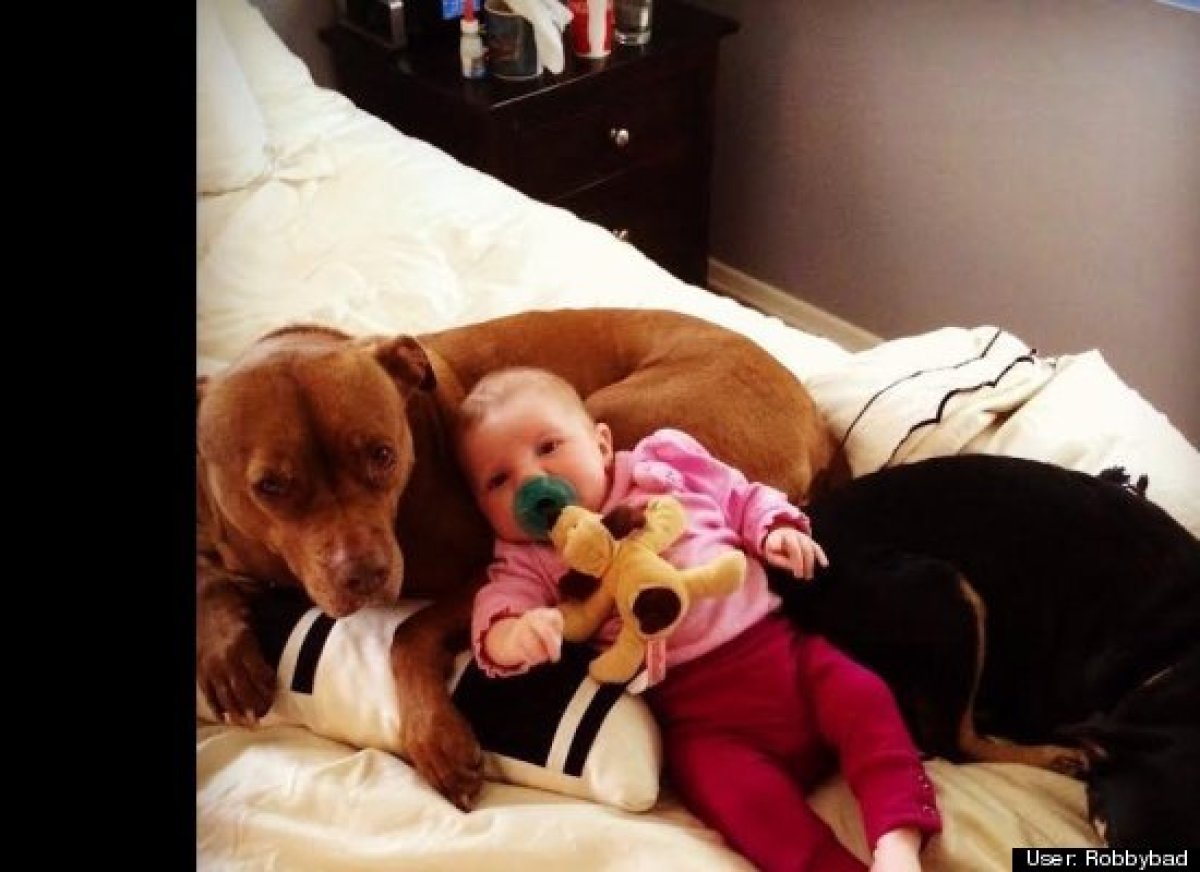