The term “Peak TV” has become the accepted way to describe the current TV landscape, which is producing more critically acclaimed, challenging, and culturally influential programming than ever before. While the debate rages on as to whether we have actually reached Peak TV yet, the idea that TV today is more significant and omnipresent than ever before undeniably has legs.

In addition to the major changes that this idea has brought on in broad TV programming strategy, this shift has particularly strong implications in 2016 given the presidential election.  As both Donald Trump and Hillary Clinton strive to produce messaging that resonates in a hyper saturated content marketplace, the dominant norms of Peak TV appear to be the answer. In an election year defined by a hyper-productive, culturally influential television industry, candidate and party messaging have taken on the cues and codes of the wider TV landscape. 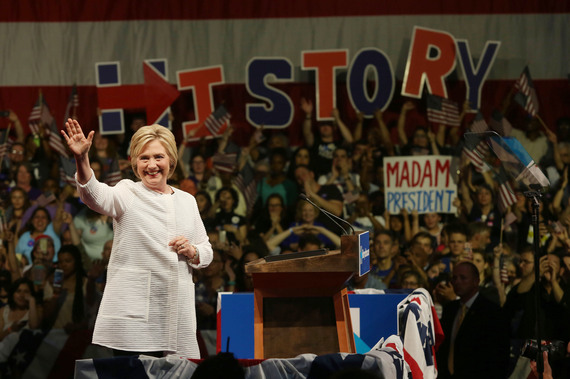 While in previous election cycles, candidates could safely assume that their presence and messages would dominate the television landscape, the era of Peak TV presents the risk of candidates being lost in a much wider sea of entertainment and news media. Presidential candidates have defined the television landscape in previous cycles, but as that field becomes richer and more influential, candidate and party messaging is becoming much more reflective of the wider media world than definitive of it.

The link between the Trump campaign and the wider TV landscape is obvious. Rising from the world of Reality TV through his tenure on The Apprentice and his lesser known (but nonetheless memorable) time in the world of professional wrestling, immeasurable amount of ink has been spilt on the significance of a “Reality TV candidate.” His candidacy and official messaging have consistently demonstrated these roots, as Trump and his campaign exemplify the type of characterization popularized by a genre defined by shocking, dramatic moments. 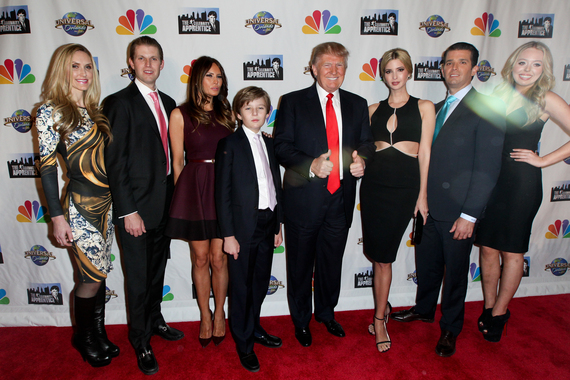 To start, numerous prominent speakers at the GOP convention—Antonio Sabato Jr., Scott Baio, Willie Robertson—were from the Reality TV world. Moreover, Trump himself has positioned himself around the norms of the genre. Trump oscillates between established Reality character tropes like unapologetic honesty—think Tyra on America’s Next Top Model, the Duck Dynasty crew, innumerable Real Housewives, and, most notably, the Donald Trump we saw on The Apprentice. More recently, Trump appears to have taken on the character trope of “The Trainwreck,” an often villainous character set up to self-destruct in spectacular ways—again, think innumerable Real Housewives, numerous Bachelor contestants, and Trump’s current director of African American outreach, Omarosa Manigault.

Whether or not there is credence to theories that Trump is intentionally sabotaging his campaign, his official messaging, public statements, and general cultural presence still deeply resonate with the hugely popular Reality genre in the Peak TV world. Trump is hardly being celebrated as a cultural innovator. However, drawing upon the symbols and character tropes of Reality TV is undeniably a strong strategy for audience engagement, a trend consistently demonstrated through the genre’s general dominance in the ratings. While the solvency of this strategy as a means of electability stands to be seen, it is a strong move for audience engagement.

The resonance between Hillary’s campaign and the world of Premium Drama felt especially clear during the DNC convention, where much of the programming felt strikingly in line with the current conversations happening in the scripted world. As opposed to Reality stars, high profile celebrities like Meryl Streep and Lena Dunham signaled the campaign’s cultural red in the same way a high-profile star can communicate a scripted drama’s premium quality. Khizr and Ghazala Khan’s speech, which gracefully touched on questions of grief, sacrifice, identity, and patriotism, felt strikingly resonant with the types of broad cultural conversation we see in recent Premium Drama like The Night of and The People vs. OJ Simpson.

At its fundamental core, the campaign is tasked with building goodwill behind a figure who is often culturally portrayed as distrustful, ambitious, and morally ambiguous; this mission is fundamentally in the DNA of a Premium Drama landscape defined by complex antiheroes. While drawing on the codes of this cultural space might not make the same headlines as Trump’s dynamism, the Clinton camp seems to be betting that complex, measured storytelling might be the stronger long-term plan.

What still stands to be seen is what will happen when these two distinct Peak TV approaches to candidacy come into direct conflict in the form of televised debates. Will the candidates have to adapt to each other’s strategies, or will we see one form of storytelling arise victorious from the encounter? Either way, while 2016 already looks unlike any election we have seen before, it does look a lot like a lot of TV we’ve seen before.

Rajiv Menon is a Cultural Analyst at TruthCo., an omnicultural branding and insights company that analyzes the current cultural landscape to deliver actionable recommendations that keep entertainment brands and their offerings relevant. Connect online at www.truthco.net or on Twitter @TeamTruthCo.