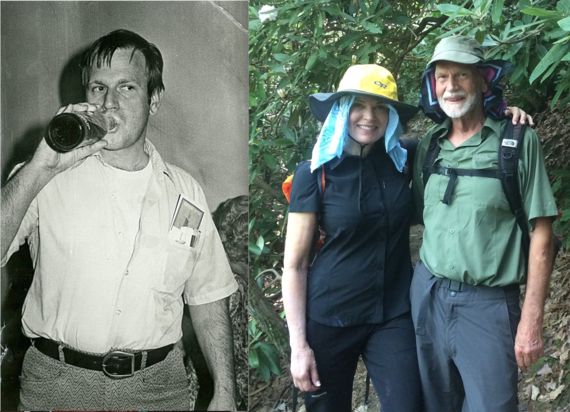 In my 20 years of writing, discussing, and counseling people on weight loss, I have pondered, why are some people successful in losing weight and others are not?

My friend Jerry Redden, a former Sierra Club guide who now takes people into the wilderness on his own, said to me recently, "In America it is very, very difficult to not be obese."

I agree. And it is also very, very difficult to lose weight once you are overweight or obese.

So how do people lose? The people I have known who have been successful in losing body fat and keeping it off, all had one thing in common. They did not lose because they bought another diet book, subscribed to a weight loss club like Weight Watchers, ordered online diet meals, or invested in any of the billion dollar weight loss industries' products or programs. Instead, one day, they woke up and said, "I'm going to do it, no matter what."

People successfully lose weight with all kinds of strategies. Some are healthier than others, and if you've read my books you know that I subscribe to a dietary program of lower carbs and higher protein and fat, which builds your body up, rather than breaking your body down. I do not advocate anything crazy, just simple balance. Ideally, weight loss should not just be about shrinking, it should be about the quest to become optimally healthy.

I met Jerry hiking in the Daniel Boone National Forest. He's a jackrabbit, bushwhacking through the terrain with energy that would put most American 25-year-olds to shame. Jerry is 74 now, 10 years older than me. I can't keep up with him. We are pictured here in the Red River Gorge, during a broiling hot summer hike. I had no idea he had ever been fat and unhealthy. But when he was 38 years old (in the other picture) he weighed 180 pounds and smoked. (He did have a cigarette in the other hand that is not pictured.)

One day, Jerry said to himself, "I'm done." He quit smoking, put down the Pepsi, and started running. He lost thirty pounds, got healthy, and his life changed... completely. His wife left him because she didn't like the new Jerry.

In addition to the many reasons why weight loss and getting healthy are so difficult, your inner circle may not embrace, applaud, and support your mission of health. Like Jerry, your choice to live a healthier lifestyle may be met with intense resistance, scorn, and ridicule. Sometimes those closest to you are going to fall away.

If it's your time to get healthy and lose weight, and you wake up one morning and say to yourself, "I'm going to do it, no matter what," remember two things. One, the "no matter what" part can be complicated. And two, there are people out there who will embrace the new you. Jerry met the love of his life, Nancy Bonhaus, doing what he loves most, backpacking in the wilderness -- something he could never have done with a cigarette in one hand and a Pepsi in the other.

More:
healthy livinghikingobesitypepsidivorce
Newsletter Sign Up
The essential guide to taking care of your mind and body
Subscribe to HuffPost’s wellness email
Successfully Subscribed!
Wellness delivered to your inbox