Periscope has taken the world by storm these last few months. Have you jumped on?

If you aren't familiar with Persicope -- it is a new live streaming app launched by Twitter earlier this spring.

When I first heard of Periscope, I thought, "OK, so it's video but live."

But, Periscope is so much more than that. It's been a very long time in the social media world that an app or platform has really caught my attention like Periscope has.

I may be so bold to say I think it's going to transform how many companies and individuals are thinking about social media.

The unique thing about Periscope (or its competitor Meerkat) is the ability for anyone to broadcast anywhere in the world. In literally a push of a button - you are broadcasting to whomever wants to tune in.

In the past few weeks since being on the platform - I have seen sunrises in Australia, got a behind-the-scenes look at the UK elections this spring, saw the David Letterman marquee being taken down hours before the news crews showed up, have seen the incredible feat of hummingbirds feeding, have walked under the Eiffel Tour to see it lit up from the inside out, and so many more sights and sounds. 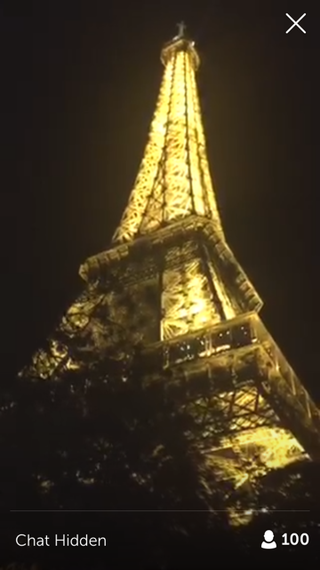 So often, we live in our own little bubble; our family, our work, our daily to-do's that we barely have time to see what is going on in the world around us. 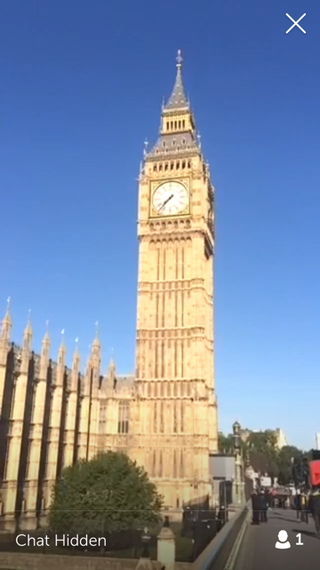 When's the last time you saw a sunrise outside your own window let alone on the other side of the world? And you may have seen Hong Kong on TV, but have you ever seen it through the eyes of someone who walks 20,000 steps a day through the city?

The first week I was on Periscope I had the most vivid dreams (which sounds crazy to admit) but I think a big part of it was getting the chance to not just see the world through a filtered TV show, but through an 'average Joe.'

For the first time, someone like you and me, simply said to herself, 'This is worth sharing - live." 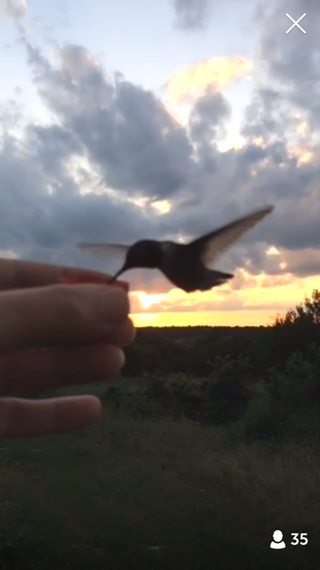 In addition to travel - I've met some incredibly talented musicians, comedians, inspirational coaches, health and wellness experts, artists, scientists, leaders in tech and marketing, and so many more people that I would have never met before.

Now don't get me wrong - it isn't all hummingbirds and sunshine.

Just like any other social media platform there are trolls, celebrities, the 'wanna-be' celebrities, the people that still think it's all about the hearts (Periscope's equivalent to the "like" button) and more.

So why do I keep coming back day after day? I have met an incredible community on Periscope.

Sometimes for those of us who work and consult in social media - we feel like we are in an echo chamber and talking to the same people. It's been so fun to meet people from all walks of life - different ages, background and literally all over the world.

Where do I see the future of live streaming apps like Periscope?

I think we have only scratched the surface. Keep in mind - it's not just about broadcasting.

The brilliance is that within a live broadcast the audience can interact - they can ask questions and be a part of the conversation.

Sure, in the past there were apps like UStream but never have so many people from all walks of life have had the ability to not just take a photo, or a video, but to live stream it. 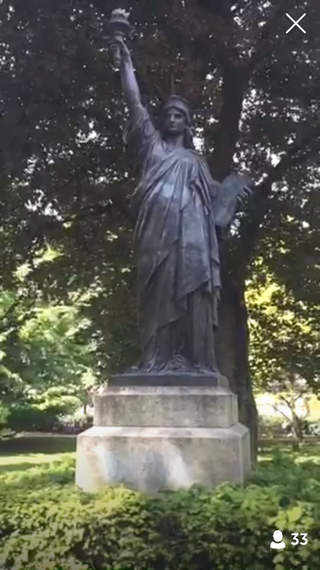 I've already seen Periscope change how I consume news. I hear and see about many news stories before they are on mainstream media. Of course, this isn't new - this has been happening with Facebook and Twitter for years. But the difference is - that it's not just a tweet or a Facebook update in real time - it's someone streaming live for the world to see.

So who will succeed in the long run with Periscope? 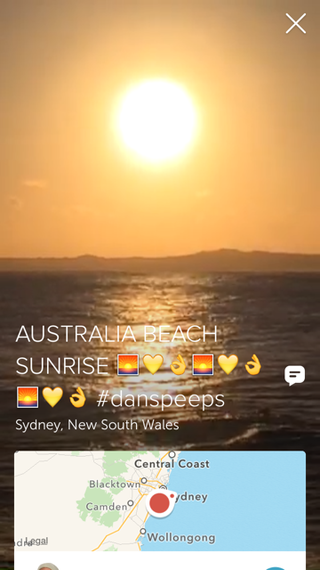 Trust is built over the course of time through providing great content (or 'scopes'), being real and authentic and not having it be all about the broadcaster. It's the same formula that works for Facebook, Twitter and any other social network.

As I always say, "it's less you and more about them."

Building and keeping trust online in the 21st century, is one of our most precious commodities.

Trust is the ultimate game leveler.

Trust doesn't matter if you are the prettiest or the skinniest - trust is all about how genuine you are and how real you are.

And when you are pointing the camera at yourself and broadcasting live to the world - it doesn't get more real then that.

Yes, at the risk of sounding like a cliche, Periscope has changed the game for me. I can't wait to see what's next!