Are you an early bird? Perfectionist? Extrovert? Your "personality type" may explain a lot about how you interact with the world when you're awake, but it may also give a bit of insight into your sleep habits.

While character traits are hardly a significant or deciding factor when it comes to our sleeping patterns, it turns out how we behave can still subtly affect us while we sleep. Below are a few ways our personality, sleep schedules and shut-eye might be linked. 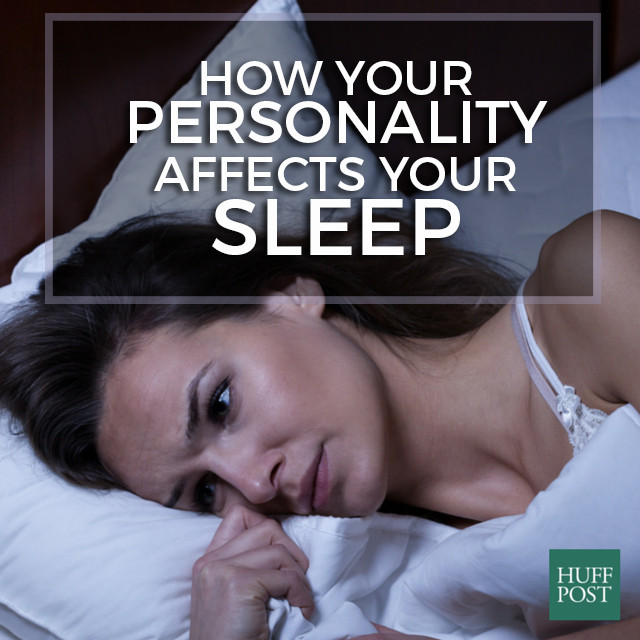 1. Genetics determine whether you're a night owl or an early bird.
You may not even be able to help it if you prefer to rise with the sun or the stars. The distinction between late nighters and early risers -- also known as a chronotype -- may lie in our body's own internal clock. Chronotypes are largely determined by genetics, the BBC reported.

"Chronotypes reflect individual differences in the timing of the circadian rhythm and can be affected by age," Natalie Dautovich, an environmental scholar at the National Sleep Foundation, told The Huffington Post in an email. "For example, adolescents are more likely to be an evening type compared to older adults."

2. Early birds may be happier.
Early birds get the worm, and it turns out they also might get a few health perks, too. Morning people report feeling happier and tend to be more persistent than their night-owl counterparts.

Research also suggests morning people may be more well-rested since they are less likely to experience "social jet lag," which is what happens when our biological clock is out of sync with our 9-to-5 social clock.

3. "Type As" might struggle with falling asleep.
If you're a notorious overthinker, like a Type A individual, you might have a little trouble letting go of your stressors -- especially when you crawl into bed. "Cognitive arousal can take many forms, from simply reviewing the activities of the day, to ruminating or worrying about different things," Dautovich said.

For some people, that inability to shut off the brain may prevent them from falling asleep, says Dr. Shalini Paruthi, education committee chair of the American Academy of Sleep Medicine and the director of the Pediatric Sleep and Research Center at Saint Louis University.

"What it really means is that the mind isn't mentally aligning with the body to physically fall asleep," Paruthi told The Huffington Post. If anxious thoughts are keeping you awake, there are therapies to help treat the problem -- the most common form being cognitive behavioral therapy for insomnia, she said.

4. Night owls are believed to be greater risk-takers.
Evening people may be more sensation- or novelty-seeking, according to a 2014 study published in the journal Personality and Individual Differences. They're rumored to be more creative and have higher cognitive abilities, though Paruthi explains that research has yet to confirm that as far as she knows.

Night owls get a bad rap for burning the midnight oil, but their late bedtime isn't something to criticize as long they're getting the recommended seven hours of interrupted sleep each night, Paruthi said.

5. Extroverts might get a better quality of sleep.
In a preliminary 2014 study published in the journal Health Psychology, researchers found an association between individuals with higher extroversion and better sleep. The same association was found in individuals with high conscientiousness and agreeableness. This of course is not the sole indicator of a good night's rest, as other environmental factors play a much bigger role, but studying the link between personality and sleep "may benefit more personalized treatment of sleep disorders and help in personnel selection to jobs in which it is critical to stay alert," the researchers noted.

6. Neurotic individuals may be more susceptible to insomnia.
Those who display traits of neuroticism may have an increased stress-reactivity, which could lead to sleep disruption and insomnia, according to 2013 findings published in the journal Sleep Medicine Reviews. However, researchers note that neuroticism and stress are somewhat cyclical, so it's likely the anxiety that's associated with the behavior is what could be leading to poor sleep.

"Stress can definitely be a detriment to obtaining healthy sleep," Dautovich said. "Stress can create a vicious cycle where it affects sleep, and the lack of sleep affects our ability to cope with stress."

What can we do about it?
Ultimately, experts stress that personality types have little influence compared to other external factors in your sleep environment, so don't worry too much if you identify with a certain behavioral trait. Regardless of what's keeping you up at night, whether it be your wired mind or something else, here are a few tips to help you fall asleep faster and get a better quality of sleep: