Next Saturday (March 26) marks the centenary of the date when Abdul Baha, the son of Baha'u'llah, the Founder of the Baha'i Faith, wrote the first of 14 short letters that ignited the geographic spread of what is now, according to the Encyclopedia Brittanica, the world's second most widespread religion by number of countries.

Abdul Baha wrote these letters under dangerous conditions at the height of World War I from what was then Ottoman Palestine to the small Baha'i community in North America (the much larger community in Persia was suffering heavy persecution, as it still does now in Iran.) At that time, the American community was only about two decades old, and its members were being asked to travel to some of the most remote corners of the earth. Abdul Baha asked a visiting student who happened to have a geography textbook if he could keep the textbook, and this was used to list out the sometimes obscure places that the North American Baha'is were called on to visit. 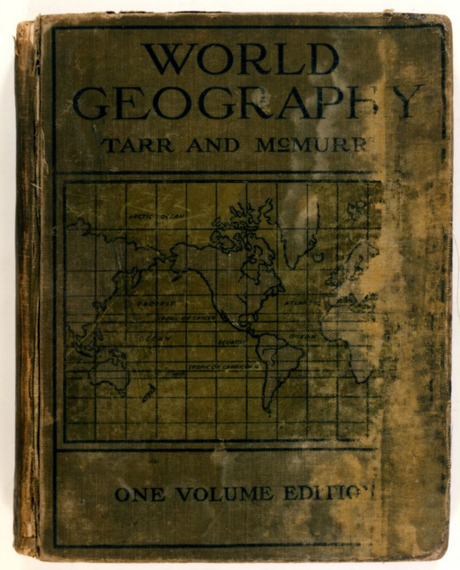 Many of these letters were written on postcards, and because of the conditions brought about by World War I, had to be held for some time before they could be safely delivered. 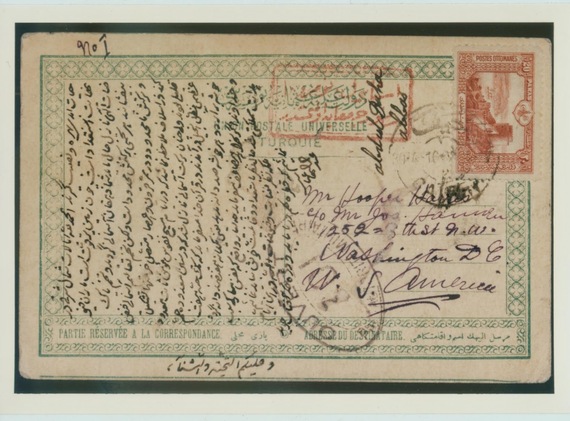 Image: One of the original postcards sent by Abdul Baha

One of the first to respond to these letters was a woman named Martha Root, who immediately set out alone on a trip through South America. The dramatic contrast between how she first visited Chile, traveling through the Andes mountains on the back of a mule, and the spectacular House of Worship in these same mountains that will be opened to the public later this year, has been described in an earlier post. 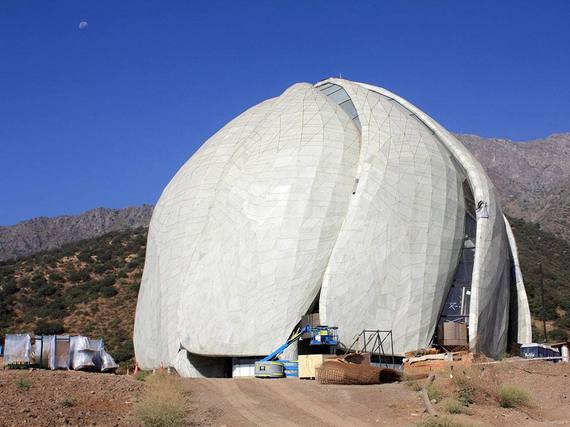 Image: Baha'i House of Worship under construction in Chile

Showing how the great religions are interconnected, Abdul Baha called on those who would respond to this call to model themselves on the early apostles of the world's most widespread religion, Christianity:

The disciples of Christ forgot themselves and all earthly things, forsook all their cares and belongings, purged themselves of self and passion, and with absolute detachment scattered far and wide and engaged in calling the peoples of the world to the divine guidance; till at last they made the world another world, illumined the surface of the earth, and even to their last hour proved self-sacrificing in the pathway of that beloved One of God.... Let them that are men of action follow in their footsteps!

In the decades that followed Martha Root's trip, tens of thousands of Baha'is travelled or moved to such far-flung places as the Aleutian Islands, Chagos Archipelago, the Gambia, Mentawai Islands, Sakhalin Island, Spitzbergen and Zanzibar (congratulations if you know where all these places are without having to look them up!) to raise up a truly global community reflective of the entire human race. 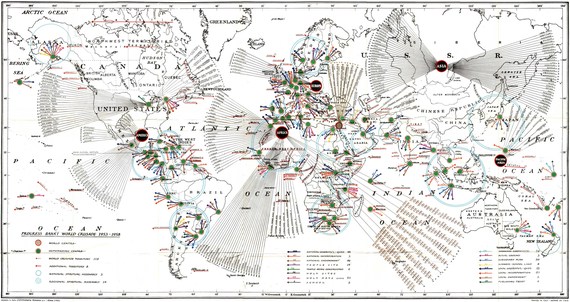 Image: A handmade map tracking the spread of the Baha'i Faith in 1957

These letters written a century ago still have a strong influence on the Baha'i community today. In a recent message to the Baha'is of the world, the international governing body of the Baha'i community reminded the Baha'is of this centenary while calling for the establishment of intensive programs of activity in 5,000 areas around the world in the next five years. In addition, new Houses of Worship will be built in Chile, Cambodia, Colombia, the Democratic Republic of Congo, Kenya, India (in Bihar Sharif, in addition to the one already in New Delhi), Papua New Guinea, and Vanuatu - these in addition to those already established on each continent in previous decades.

These 14 short letters have been published under the title of a booklet named the Tablets of the Divine Plan and are interesting to read from the perspective of the history and sociology of a religion that spread globally over the past century. If a geography textbook and postcards have had such an effect over the last hundred years, it will be interesting to see what happens in the next!