Uniquely situated at the point where art and consumerism intersect, posters serve a purpose slightly different than other design objects.

In addition to being aesthetically pleasing and eye-catching, they must convey information, be it the title of a summer blockbuster, the location of an upcoming concert, or the reasons why you should buy pricier shampoo. When tasked with this range of roles, poster designers often follow certain rules to effectively captivate passersby. In an upcoming exhibit at New York City's Cooper Hewitt, Smithsonian Design Museum, "How Posters Work," curator Ellen Lupton hoped to explain these practices to visitors who admire or covet posters, but don’t necessarily grasp why they’re such intriguing phenomena. 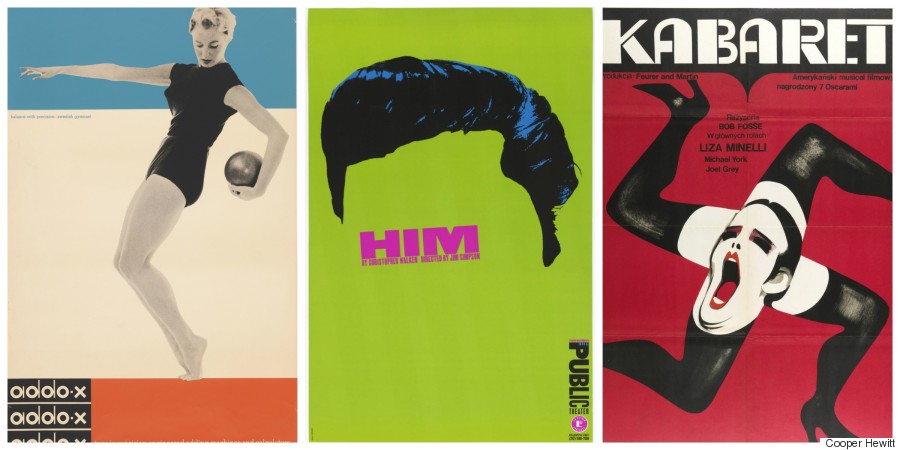 “There have been many exhibitions about the history of posters or about different subjects – posters for trains, wars, or movies,” Lupton told The Huffington Post. Instead, she aims to help the public understand visual concepts designers rely on. Perhaps the most important rule of poster-design, according to Lupton: “Simplify.” She cites Lucian Bernhard –- whose iconic images featured a single product atop a pithy slogan –- as the purveyor of this method. A similar approach was taken during the 1968 Paris uprisings -– a single-color image trumpeting a bold message.

As always, there are exceptions; the psychedelic poster art of the '60s is designed to overwhelm the eye. “Designers today continue to experiment with the edges of perception," Lupton said, "using software and visual overload to create restless compositions where the eye has no place to rest.”

Posters have evolved in other ways to adapt to the over-stimulating nature of the age of information –- no longer just static images, they’ve moved off the page, and now take the form of animations and even three-dimensional spaces that viewers can immerse themselves in. Even without trying to stay relevant during a time on online consumerism, the art form persists. This may be because, as Lupton put it, “anyone can make a poster!”

Take a look at a few iconic posters from the last several decades, on view May 9 at Cooper Hewitt: