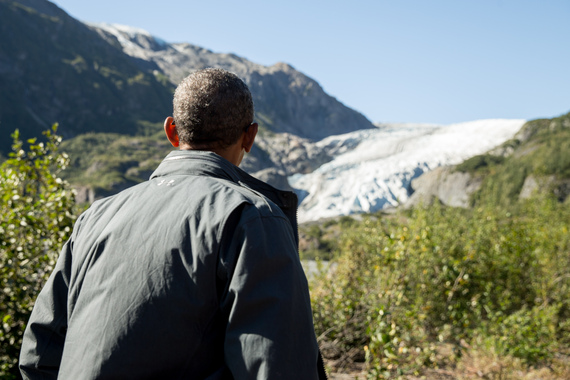 
Three years ago this month, President Obama began to redouble his already substantial efforts to address climate change. Since then he's emerged as perhaps the most consequential climate leader in the world. His actions hold critical lessons for other leaders around the world, not least his successor in the Oval Office.

Later that June, President Obama, with his sleeves rolled up, presented his Climate Action Plan in a speech at Georgetown University on a blisteringly hot day. The President's speech and formal plan were more than a beacon of hope; they were a roadmap for essential on-the-ground fast climate mitigation, starting at home in the US, but moving out quickly to encourage the global community to strengthen their climate ambition in the two and a half years leading up to the UN climate negotiations in Paris in December 2015. 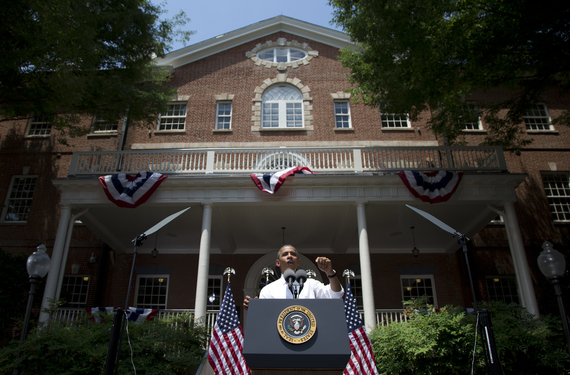 But even among climate experts, the underlying sophistication of Obama's Climate Action Plan was not fully appreciated. Most recognized that the President's strong mitigation measures at home would build the credibility he needed to assume a leadership role at the global level including in the UN climate negotiations. But the deeper architecture of his plan--which focused both on addressing long-term warming from carbon dioxide and near-term temperature mitigation by cutting powerful short-lived super greenhouse pollutants--was revolutionary, and even today is not fully grasped by most climate policy mavens.

This was remarkably innovative, because it recognized that the super pollutants had the ability to cut the rate of warming in half through mid-century, and in the Arctic by two-thirds, and slow the self-amplifying feedback loops, where the initial warming feeds upon itself to cause further, perhaps even runaway, warming.

The loss of the reflective Arctic sea ice is a case in point. As white Arctic ice is replaced by darker water, less solar energy reflects back into space: since 1979 this shrinkage has added an extra 25 percent of warming to the effects of carbon dioxide emissions.

Feedback mechanisms like these can cause irreversible and potentially catastrophic impacts. The President's plan recognizes that unless we can slow near-term warming quickly, we could lose the first major battle of climate change, and face a much worse problem in future.

At the international level, the President's plan also moved beyond the monopoly of the UN climate process to embrace a multi-venue approach. This included, for example, using the Montreal Protocol to phase down HFCs, because the Montreal Protocol had already phased out nearly 100 similar chemicals, by nearly 100%, making this the world's more effective treaty. Phasing down HFCs under the Montreal Protocol would provide climate mitigation equivalent to 100 billion tons of carbon dioxide by 2050, and avoid up to 0.5°C of warming by end of century.

The President's multi-venue approach also included using the International Civil Aviation Organization to reduce climate emissions from aviation, and leading the development of the Climate and Clean Air Coalition to Reduce Short-Lived Climate Pollutants, launched by then-Secretary of State Hillary Clinton. It also included using the Arctic Council to encourage cuts to black carbon soot, and the Global Methane Initiative to cut this super pollutant.

President Obama and his team at the State Department led by Secretary John Kerry and Climate Envoy Todd Stern made a singular effort to ensure the participation of China and India and other large developing countries in the UN climate negotiations, while also ensuring that the US had the flexibility to participate in the only way it could--without the help of the Congress. 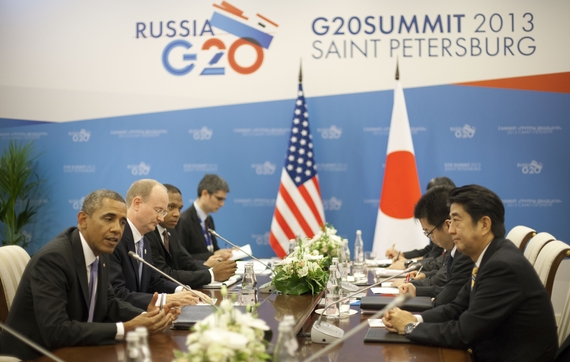 But the President didn't stop there. He personally assumed the role of leader of the global effort to phase out the damaging HFCs under the Montreal Protocol, building on his initial agreement with President Xi Jinping. Since then, Obama has reached HFC agreements with many heads of State, including most recently Prime Minister Narendra Modi of India, the leaders of the Group of 7 large economies, the leaders of the Nordic countries, King Salman bin Abdulaziz Al Saud of Saudi Arabia and the leaders of the other Gulf States, President Mauricio Macri of Argentina, the leaders of the Group of 20, and the Prime Minister Nawaz Sharif of Pakistan, while also raising the issue in many other meetings with European heads of State, including most recently with Chancellor Angela Merkel of Germany.

US Secretary of Energy, Ernest Moniz has also joined the HFC campaign, leading an initiative at the Clean Energy Ministerial last week in San Francisco to improve efficiency of air conditioners during the switch out of HFC refrigerants. This can double the climate mitigation of the HFC phase down to the equivalent of 200 billion tons of carbon dioxide. The head of the Environmental Protection Agency, Gina McCarthy, also is helping in the negotiations.

Today the President is using a full-court press to complete the HFC amendment before he leaves office in January, seven months away. There are several strategies he needs to expand to finish the Montreal Protocol HFC amendment: first, to ensure ample funding to finish the ongoing phase down of HCFC, along with the proposed phase down of the HFCs. This extra effort requires extra funding, and the President is already rounding up the donors. This also should include a "fast start" fund to cut HFCs immediately, without waiting for any "grace" period to expire. Speed matters, and funding early action will save money later. A ten million dollar fund would be a good start.

Second, the President needs to ensure that energy efficiency is given appropriate priority and incentives, as 80 to 90 percent of the climate footprint of running an air conditioner is from the fossil fuel that provides the electricity.

Finally, the President needs to ensure that the donors provide support for Rwanda, which is hosting the meeting in October where the delegates will reach their final decision. The 54 countries of Africa have made the HFC amendment a priority. This will be a unique climate victory for Africa, forever known as the Kigali Amendment, importantly the first major climate agreement to be concluded in the developing world which is already suffering most, and earliest, from near-term climate change impacts.

In the end, by avoiding up to 0.5°C of warming by the end of the century, and even more with the anticipated energy efficiency savings, an HFC amendment is one of the most consequential actions that can be taken to implement the Paris Agreement, and a victory for the world.

Other world leaders would do well to work with President Obama in his remaining months in office, and emulate his remarkably innovative near- and long-term climate protection approach. Such actions may do more to protect their citizens than any other policy measures they will take in office. And there is strong reason to believe that Obama's successor, at least should it be Hillary Clinton, will continue and even strengthen these essential approaches to protecting our climate, our country and our people.

Durwood Zaelke is the founder and President of the Institute for Governance and Sustainable Development, and co-directs a related program at UC Santa Barbara.

Paul Bledsoe is President of Bledsoe & Associates, a global energy and climate change consultancy. He was communications director of the White House Climate Change Task Force under President Bill Clinton.