Ever since its introduction to the global population, yogurts have been the subject of many scientific studies. The main objective of each investigative study is to unearth the comprehensive range of health benefits that the body experiences through consuming this unconventional snack. However, each discovery process has yielded many interested facts that were previously unknown. Perhaps the most astonishing piece of news is that yogurts were accidentally discovered. Milk manufacturers had previously stored their products in containers made of animal stomachs. As a result of the chemical reaction between milk and the animal stomach, the result substance soon became known as yogurt. 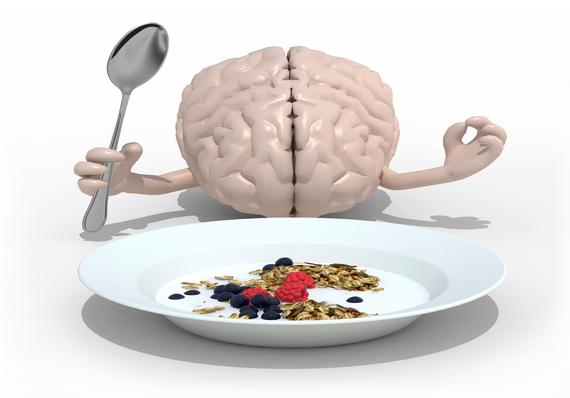 Unlike the majority of the words in the English dictionary, the word yogurt does not have a Greek origin. Instead, the term is derived from Turkish background. Although Turkish people have been consuming yogurts as early as 3000 BCE, this healthy snack was only given global recognition in 1542. When the French king Francois was suffering from recurring gastrointestinal issues, all the finest doctors could not find an effective cure. The Sultan of the Ottoman Empire, Suleiman the Magnificent, then sent over his own doctors to help with the French king's condition. The subsequent prescription of yogurt soon restored the king's health.

In recent times, yogurts are fast becoming a favorite snack amongst health enthusiasts. With more attention placed on healthier food options, this food product has established itself as one of the best choices available. Many women also believe that yogurt is beneficial for health aging. Naturally, their rise to the top is well supported by scientific evidence. Listed below are 5 health benefits that individuals can derive from incorporating yogurts into their daily dietary plans.

Advertisement
According to a
research study
released by the University of California, Los Angeles in May 2013, the health experts established the association between ingesting healthy bacteria and enhanced brain functions. A total of 36 women were enlisted to participate in the research, each aged between 18 and 55. All the participants were randomly assigned to three different groups. The first group was given yogurts packed with probiotics, the second group ate a similar product but contained no probiotics while the last group was not given any additional food products at all. Each participant was required to their preassigned foods twice daily, for a total of four weeks.

A comparison was made between the functional magnetic resonance imaging (fMRI) scans taken before and after the experiment. It was soon discovered that compared to the other groups, women who consumed probiotic yogurts had their innate stress response reduced significantly. This is primarily due to the healthy management of gut bacteria that directly affects chronic stress. In addition to stress relief, the health experts also discovered that the altered brain functions can be seen in both a resting state and an active state.

In a
separate study
published in 2015, scientists aimed to determine the effects of regular yogurt consumption in relation to mental health and capabilities. A total of 70 test subjects were enrolled for this clinical trial, where they were randomly divided into three groups. The primary group had 25 participants who were given probiotic yogurt with a placebo capsule. The second group also had 25 participants but were given conventional yogurt with a probiotic capsule. The last group only had 20 participants and served as a control to the experiment, consuming only conventional yogurt with a placebo capsule.

The Dartmouth Medical School made this breakthrough discovery which offered renewed hope to patients with brain injuries. It recognizes the fact that severe brain injury tends to result in fundamental neurobehavioral and social functioning changes that can impair the patient's ability to adjust to its situation. Without effective management techniques, these patients expose themselves to a significant risk of developing depression and anxiety. According to the
study
, patients with a history of brain injury were selected and randomly assigned to various treatments such as ingesting yogurt in a medicine cup, taking a 5-minute tour of the facility, or music therapy for a 5-minute period. Interestingly, patients who were prescribed with the yogurt medications recorded the most improvements in their cognitive functions. While further investigative studies are required to determine the effects of yogurts, this study serves as a stepping stone for other professionals to formulate effective treatments of brain injuries by utilizing the
probiotic yogurts
.
In order to supply the body with its daily requirement of calcium intake, the experts recommend regular consumption of yogurts. Adopting this healthy habit from a young age not only helps an individual develop stronger skeletal foundations, but it also confers additional health benefits to them such as effective weight management and improved general health.
Last but not least, the most dominant evidence to support the regular consumption of yogurt is its presumed benefits to the skin. According to a
study
published in 2000, it was established that individuals who incorporated low-fat yogurts into their daily meals had experienced the least skin wrinkling throughout. It was further elaborated that due to the properties of yogurt products, the skin is given an additional layer of protection against cutaneous actinic damage. While other foods such as vegetables and legumes can offer similar benefits, it is believed that yogurts provide more protection than these foods. 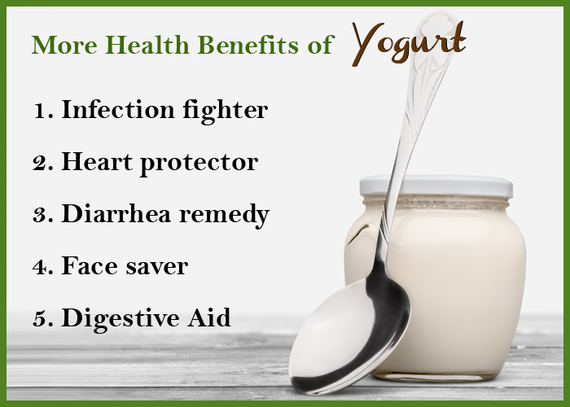 Conclusion
It has always been presumed that yogurt contains extensive health benefits to all its consumers. However, recent scientific studies have sought to substantiate these claims and all of their findings have exceeded expectations. Other than offering general health benefits such as effective weight management and better skin foundation, further studies have also shown that regular yogurt consumption can help to improve cognitive performances. Individuals who consume more yogurts are known to be better at managing stress while patients with a history of brain injuries can benefit from this healthy habit as well. In summary, the extensive benefits that can be potentially derived from eating yogurts firmly establish its position as one of the healthiest foods available.