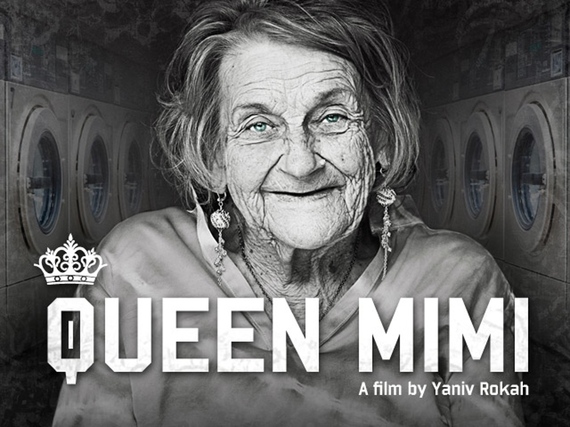 Kevin Smith, bless his heart, recently shared a Facebook update in which he was absolutely incredulous that "Marty and Patti" from Oklahoma, a "pair of white hairs", knew about his movies and were fans. In fairness, Smith quickly copped to his age/appearance bias, so kudos on that. But Kevin, you are close enough to touch 50, best wise up now. Because blink and you will be that guy in the 90s baseball cap that someone writes off as not being interesting or worse - someone who is not visible at all.

I have only experienced overt age bias in my life in recent times. But my closest friend is 18 years younger than I am and we are often asked if I am her mother. Don't get me wrong, I'd be proud of such a kid - but my kids are just a few years younger. People seem genuinely surprised that a friendship can cross age lines, and by extension, on the face of it, how someone older - or younger than someone else could still be a relatable and interesting person. Quite the contrary, I find that my friendship with Darcy, even though we are in totally different life stages, is enormously enriching; we have a surprising amount of common ground and our difference in age and experience only lends itself to more discoveries and fascinating conversations. In many ways, our friendship is as special as it is because of - not despite - our age difference.

What struck me the most about the obviously enduring and reciprocal friendship between the subject of Queen Mimi and filmmaker Yaniv Rokah is that their age difference, according to my rough calculations, is in the neighbourhood of 50+ years.

On the surface of it, the documentary is about the story behind a local L.A. homeless woman and her subsequently surprising and touching impact on the community. But it is the friendship she shares with Rokah that is, for me, the most relevant and powerful aspect of the film, rolled up as it is, with other themes of books, covers and taking the time to get to know our fellow human beings.

I learned from befriending Mimi that time is an illusion. We'll all be old one day. So we have the power to control our attitude about aging and being older. Mimi taught me that you better make the most of it. She showed me to how be a better human. As a child and as an actor, I always felt that I needed to be taken care of and get discovered. After I befriended Mimi I realized that it's not about me and I that needed to start taking care of others. Mimi turned me into an adult. Also, it's ironic that a homeless person taught me the meaning of home and family. That no matter how bad your situation may be, you create your own home and family. And Mimi showed me how to be happy no matter what and not dwell on your past. As Mimi says: "Yesterday is gone, leave it there". Yaniv Rokah

To our great impoverishment as a society, the way we live today does not necessarily lend itself to cross-generational or cross-socio/economic friendships. But we can change that in a day or even in a moment. I have an excellent and very fulfilling friend who is going on 3 years old. I have never noticed so many small details in life as when I am hanging out with Stav, nor seen my own worries put into such quick perspective.

Mimi is a colourful survivor with a great attitude and the documentary film has, in some ways, changed her life. But it is her buddy, Yaniv Rokah, the young, handsome actor and filmmaker who has been indelibly changed and enriched by a friendship full of wisdom, life experience and one helluva cackle. It's amazing what happens when we get over ourselves and reach out beyond age, appearance and apparent conditions.