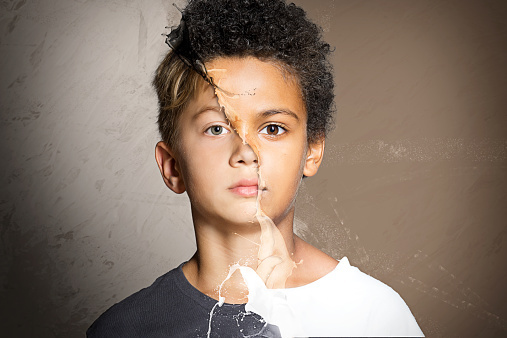 As our nation turns to celebrate the 20th anniversary of National Adoption Month in the coming weeks with heartwarming success stories, mass adoption finalizations, and other special events, we should be mindful that much remains to be done to make the foster care and adoption system, renown for bringing people together and crossing social boundaries, a holiday truly inclusive for all regardless of race.

Don't get me wrong. As an adoptee and a product of the foster care system, I've seen firsthand the awesome beauty that can come from the loving union of parents and children from different racial and cultural backgrounds. My current and previous step-fathers are both African American, and I remember fondly the days when, as a young child, we celebrated Kwazaa together. Despite all the struggles we've faced, both individually and together as a family in a complex mixture of advantage and disadvantage due in no small part to our diverging racial and cultural backgrounds, we remain a family where the Kwanzaa principle of umoja, or unity, is real.

And yet, even as President Obama gets ready to make his annual proclamation marking the beginning of National Adoption Month in just a couple of weeks, racism continues to scar the lives of many of our nation's 400,000 children who languish in foster care because of their race.

According to the Administration for Children and Families, more than half of the children entering the foster care system in 2013 were children of color. The Children's Bureau reports that African American and Native American children are present at double the rate in out-of-home foster care as they are in the general U.S. population. Findings from the Adoption and Foster Care Analysis and Reporting System (AFCARS) further reveal that the average length of stay in foster care for African American children in 2012 was 29 months, a full 7 months (32 percent) longer than the 22-month length of stay of average child in foster care.

Clearly, institutionalized racism remains alive and well in America. And it's hurting our nation's children.

Many adoption agencies try to combat such institutionalized racism. A recent piece on NPR, for example, revealed how a Minnesota couple went to an adoption agency and found that the agency's fee structure was based on children's racial background, a practice that is common, though not often talked about. Non-white children, they were told, were harder to place in adoptive homes, and so, as an incentive, prospective parents could adopt children of African American decent at a reduced cost. Adopting a Caucasian child cost $35,000 while an African American child might cost only $18,000.

Even as a well-intentioned attempt to combat racial disparities, such practices can send a dangerous message about the valuation of human life. It suggests that someone who looks like me is inherently more valuable, and should be seen as more valuable, than someone who does not. I shudder to think about the impact on a child or adult to learn they were adopted at a "discount" rate.

Clearly, and despite our best efforts and many notable success stories, we are failing many of our children.

As we look ahead to the coming holiday season, to gathering around the table to celebrate family, unity, and love, too many of the seats around us will remain unfilled. If we can't find the courage to honestly appraise ourselves to discover the reasons why, and if we can't take decisive and corrective action, those seats, like the places in our hearts that we could be filling with love, will remain forever empty.