Dragon Ball Z was a landmark anime. Created by Akira Toriyama and produced by Toei Animation, the series was an epic martial arts/sci-fi fantasy that followed the adventures of an alien warrior named Goku. Through 291 half-hour episodes, Goku goes "Super Saiyan" (a temporary, powered-up form) to defend the planet from the evil Frieza, Cell, Majin Buu, and other dangers while searching for the fabled Dragon Balls that hold the cosmic power to grant a wish.

The anime premiered in Japan in 1989 and was syndicated in the United States on Cartoon Network's Toonami block from 1998 until the programming block's end in 2008. Alongside Pokemon, Dragon Ball Z became a pop culture phenomenon that ushered in the anime craze of the late '90s.

It also became hip-hop's favorite anime of all time.

In the hierarchy of nerdy fandoms, Dragon Ball Z is dwarfed by titans like Star Wars, Star Trek and Lord of the Rings. But you almost never hear of Mordor or the Starship Enterprise in a freestyle. More than any other anime or "geek" property, rap artists constantly reference Dragon Ball Z and its bizarre mythology.

"It's something I've been aware of since actually back when we originally showed it," Adult Swim creative director Jason DeMarco told me in a phone interview. "[It's] definitely much more prevalent now that generation has grown up."

Prior to his current gig of shaping the voice for the college-skewing Adult Swim, DeMarco worked as an associate creative for Toonami, a mini-channel on Turner's Cartoon Network. "Back then our mandate from the network was to create an after school block of action cartoons for boys [aged] 9 to 14. Dragon Ball Z was sort of our first big step in building that audience."

That audience, DeMarco and his team quickly discovered, tended to be ethnic minority youths. "We have detailed breakdowns of our audience. Even then research was a huge thing. We knew that Toonami and Dragon Ball Z in particular overindexed with boys, and even more with minority audiences." Toonami and Cartoon Network, DeMarco points out, functions like any other TV network and they always try to attract a broad audience. "[We] try to get as many different kinds of people watching as possible ... [but] anecdotally out in the world, when we would go to festivals or conventions, or just sometimes go speak at schools, there was definitely a large number of minority kids that would come up to me and talk about how much they love Dragon Ball Z or Gundam."

Recognizing the hip-hop-leaning fanatics watching Toonami, DeMarco designed the award-winning on-air signatures and promos with that sound in mind. The result was an edgy presentation and attitude that let it stand apart from the other kids' TV channels.

"We always used a lot of hip-hop, as well as drum and bass, so not only were they seeing a show that appealed to them [but we also had] the music, and the way it was presented was appealing to them much more than sort of other kids networks were," he said. "Hip-hop is sort of a natural fit for Toonami already."

These years cultivated a devoted audience for Toonami that thrives today, but in 1998 they were just getting started. DeMarco and his colleagues knew what could place Toonami on the map would be this really weird, action-heavy show full of color and energy. "We had been on for about two years before we got Dragon Ball Z, but we had been trying to get [it] that whole time. We were just convinced that we would give it the right home and make a hit out of it. Luckily we were right."

Today's biggest artists and rising stars of the game who stand in the booths uploading tracks on Soundcloud were those same 9 to 14-year-old boys who watched Dragon Ball Z close to twenty years ago.

"It's be bang banging likes Pops on the Wayan's / And even through the hating and wars they thought I stay in / Who you playing, I done went Super Saiyan." - XV, "Awesome"

Historically, it's not unusual for rap music to reference kitschy TV or movies as a tool for empowerment and to exude sharp, cultural acumen. The Wu-Tang Clan famously called back to '70s kung-fu movies as part of their identity, but Dragon Ball Z isn't quite Shaw Brothers. So just how did a wacky kung-fu cartoon featuring a goofy dude in a bright orange onesie become rap music's go-to nerdy resource for killer lines?

"I think it was just sort of a combination of a bunch of different factors, and kind of being in the right place in the right time with the right piece of entertainment," DeMarco tells me. "[The show] didn't speak down to these kids, who maybe were being spoken down to in other ways."

Whether hip-hop's admiration for Toriyama's seminal work was an unexpected perfect storm or just the inevitable, DeMarco is unsurprised by its enduring popularity. "The most common comments I hear is 'Toonami raised me' or 'Dragon Ball Z raised me' or 'That's my childhood.'" Television often succeeds as a primary after school activity for children in lower-income households and urban neighborhoods where programs like sports are virtually nonexistent.

DeMarco continues. "It's clear to me for a lot of families who did not have a lot of things for their kids to do after school ... their TV was their babysitter, because that's just the way it worked out. A lot of those kids remember Toonami and Dragon Ball Z as being hugely important in terms of teaching them certain values [and] giving them something to look forward to at the end of a shitty school day."

From Power Rangers to Grand Theft Auto, violence in pop culture is a hot button issue that is cyclically renewed. Dragon Ball Z, an import product from Japan with differing content standards than the U.S., got its share of scorn from horrified parents during its red-hot run on Toonami. DeMarco and his team at Toonami were aware, but not concerned. "At the time we were acquiring Dragon Ball Z, we knew it would be a new, fresh type of entertainment for most of our kid audience that American cartoons just weren't taking [to the level that] Dragon Ball Z did in terms of the stakes, in terms of, to be frank the level of violence."

It wasn't the exertion of power that attracted its impressionable viewers like moths to a flame, but feeling powerful. "All the things that as a kid who's going to school, who may or may not be in a great situation, sometimes entertainment can relieve some of those pressures," DeMarco observed. "I think Dragon Ball Z did that for a lot of kids."

Music, hip-hop especially, can give power to the powerless and a voice to the voiceless. DeMarco chalks up the show's enduring legacy in its hero, Goku, who regularly one-ups his adversaries after brutal, intense fights. "Dragon Ball Z is in just watching it, an empowerment fantasy, so of course if you feel powerless, or you feel beat-down, it's good to watch a story about a hero who is reaching deep within himself and coming back even from death to beat the next challenge, because he overcame all the odds and adversity thrown at him."

For many artists who "started at the bottom" as troubled youth unable to improve their place in life, they find echoes of themselves in an immigrant alien still fighting to understand his full potential.

"I totally get why a kid would watch that," DeMarco told me. "I get why that same kid would become a rapper, and then rap about wanting to be like Goku because you take your heroes where you can get them. There's nothing wrong with a kid whose hero is a carton character if that hero encapsulates the values that hey want to, the type of person they want to be. Media can be aspirational, just like real life heroes can be aspirational."

"I'm amazed that it's come back the way it has," DeMarco said towards the end of our call. "I'm gratified, and it seems like I'm hoping we create a whole new generation of fans like we did 15 years ago."

Update: A previous version of this article described Goku as "half-alien, half-human." The author was mistakenly thinking of Goku's son, Gohan. That mistake has since been corrected. 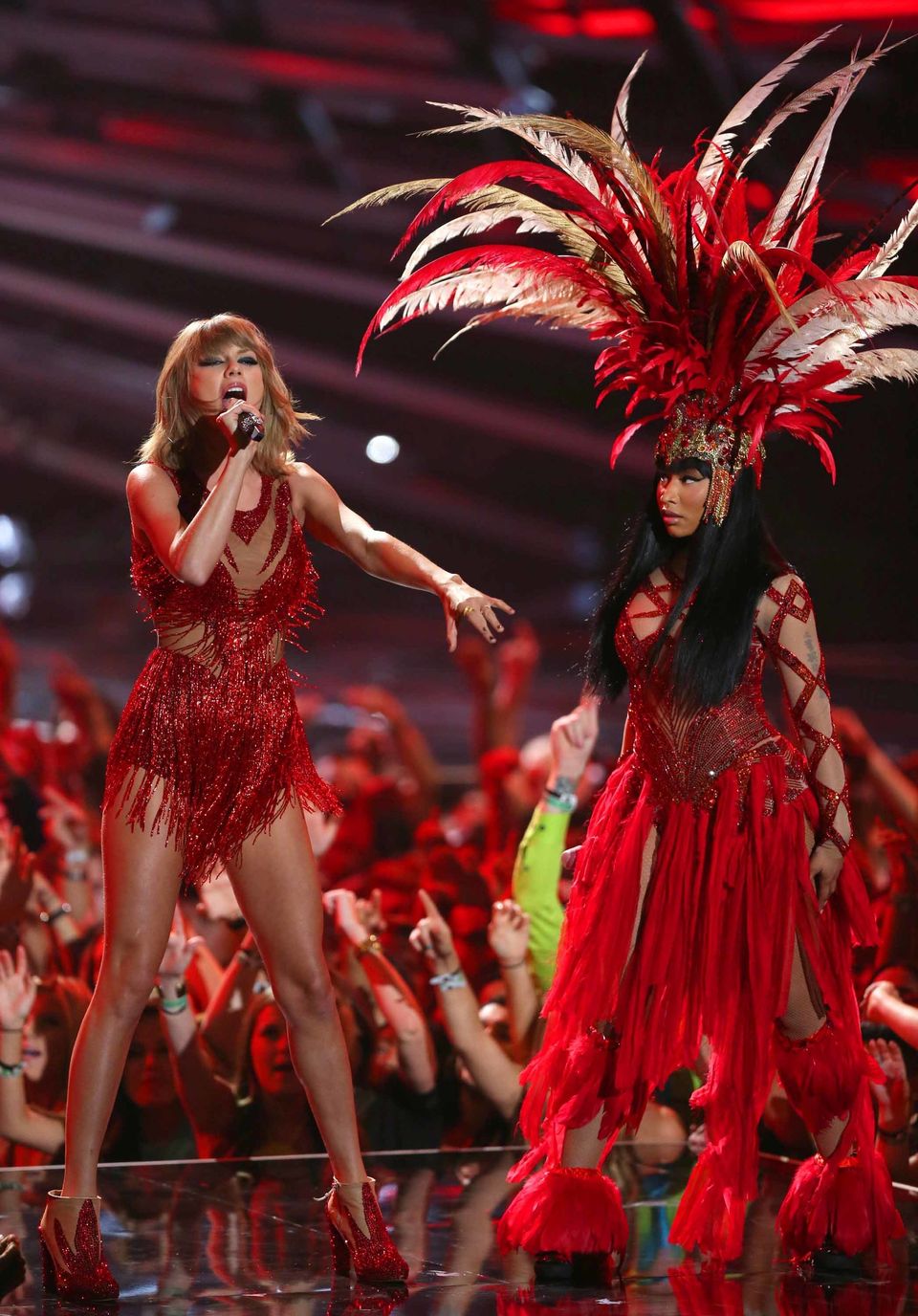