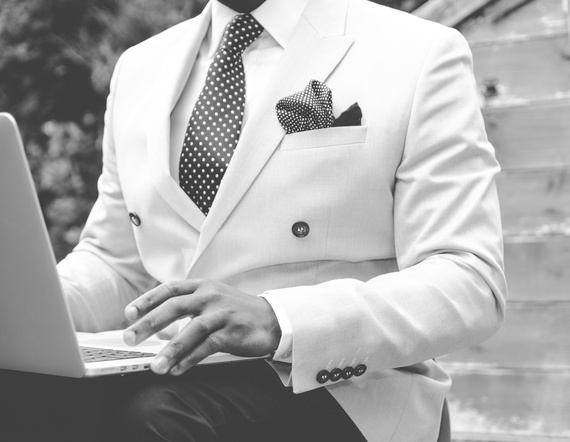 Once upon a time, the words "work at home" made it sound like you were one step away from being let go. Now, it's what all the cool kids do. Around the world, there's a growing trend of people working from home. Many companies are even encouraging it.

What's causing this mass exodus from brick-and-mortar offices? Thanks to technologies like Swiggle and Slack, a physical office can be replaced by a digital one. Many successful startups have already embraced 100% remote work. And more and more companies are realizing that remote work isn't just convenient--it's often much more effective.

The workplace is evolving from the old school 9-to-5 workday with its office politics, extended company meetings, and cramped cubicles. And more and more employers (and employees) are finding that remote work breeds innovation.

In a recent study done by Elance, more jobs are shifting from the office space to the digital realm. Among the largest industries making growth online are accounting (134%) and legal (49%).

Let's look at some of the stats, trends, and examples that are contributing to this growing cubicle liberation.

More types of jobs are shifting from the office space to the digital realm. This isn't surprising--one of the biggest reasons that so many large companies are embracing remote work is because there's a growing pool of talented and affordable freelancers available via the Internet.

In fact, large companies are becoming reliant on liberated remote workers. Take Hewlett-Packard, for instance. They have on average 150 to 200 projects a month, which would be overwhelming even for several offices. So they've decided to find outside help to help manage all their projects.

It makes sense. With the credibility of LinkedIn and lighting-fast access to online portfolios, a remote worker has all the credentials of someone working in the office.

The shortcomings of traditional meetings

Raise your hand if you'd rather skip most of your office meetings. Don't worry--you're not alone. Hubspot recently released an infographic showing just how inefficient traditional meetings are in the U.S. Among some of the more damning stats:

As it turns out, meetings don't actually encourage innovation. When someone's talking, most people either stop thinking or aren't listening. In either case, it'd be better if they weren't there.

Even worse--meetings can actually stifle creativity, due to a phenomenon called "anchoring." Anchoring is the problem that arises when one idea is put into the universe, and all other ideas have to orbit it in some way. In short, anchoring is an innovation killer.

What's better for innovative thinking? Independent thought, unobstructed by other voices. That's what Apple encourages. They ask every employee, no matter what position, to do independent, creative thinking. Then, once they've developed an idea, they can call a small meeting with relevant people on to how to turn their idea into a reality.

A study recently reported that people with commutes longer than 45 minutes are 40 percent more likely to get divorced. And while that may sound outrageous, keep in mind that domestic happiness is a key to productivity.

Speaking of productivity, most workers report that working from home is simply more satisfying. Worker retention is higher, HR costs are lower, and companies that allow for remote work experience more growth. Those are some hard facts to ignore.

Realistically, most of the corporate world won't make the shift into virtual anytime soon. There are still millions of people walking into offices daily.

But companies are trying different things to encourage a remote mindset even within the office. Google has come up with two: Google Moderator and the 20 Percent Projects.

Google Moderator is a tool designed by Google's engineers to streamline meetings. Rather than the typical round-robin approach, questions are proposed in a meeting via an "upvote" system, allowing for a more efficient way of running meetings from a distance and allow for the anonymity of employees.

Google Moderator was a product of Google's "20 Percent Projects". The idea is that Google gives employees 20 percent of their week to devote to a project of their choosing. It's kickstarted innovation at Google many times (sparking Gmail, Google Maps, and AdSense) and has been copied by numerous other companies (like Apple).

If you read this article and take away only one lesson, it should be that innovation requires trust. No one's going to do their best work for your business if they don't feel like you trust them.

That's why innovation doesn't just happen in the boardroom, where one or two voices tend to dominate discussions and the rest are often muted. By allowing workers to work remotely, and to work flexible hours as long as they meet deadlines, companies aren't permitting laziness--they're allowing autonomy. They're telling the people they hired that they trust them to do their job, and to do it well.

Guess what? That's exactly what those people are going to do.

----------------------
Alvin Chia is the Innovation Program Lead of DBS Bank. Outside of work, Alvin lectures as an Adjunct Faculty and is completing his doctoral dissertation with Delft University of Technology.