Fuel Oil and Food Aid Were Key in North Korea
16 months ago North Korea agreed to shut down its nuclear program in exchange for aid and the lifting of sanctions. President Bush recently removed North Korea's designation as part of the 'Axis of Evil', and "the energy -starved state is already receiving the equivalent of one million tonnes of heavy fuel oil." This has been one of the Bush Administration's few diplomatic victories, yet even as it works to ensure that North Korea lives up to its end of the bargain, a new, equally ominous threat, has been grabbing headlines: Iran's nuclear ambitions. While the promise of aid in the form of fuel oil and food was instrumental in dealing with North Korea, the Iranian nuclear issue can be resolved with renewable energy. Here's how. 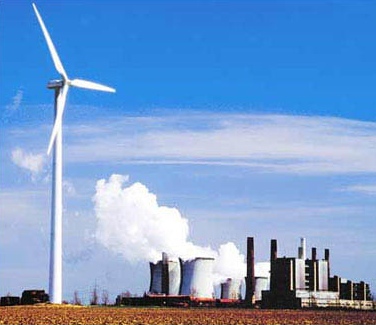 If Iran Wants Electricity, Give It Renewable Power
Iran claims that "its nuclear [program] is solely aimed at generating electricity so that it can sell more of its oil and gas." If that's the case, then all Iran really needs is a means of generating electricity that doesn't involve oil, gas or nuclear power, since the international community is staunchly opposed to a nuclear Iran. Well, that only leaves one form of energy production: renewable energy (nuclear power is not renewable, as uranium and plutonium are finite resources.) Imagine if the six countries involved in the negotiations--the U.S., China, Russia, Germany, Britain and France--went to Iran and made the following offer: "in exchange for shutting down your nuclear program, we will give you aid in the form of renewable energy equivalent to the amount of power that would have been produced from two of your planned nuclear reactors. In addition, we will provide strong incentives and subsidies in the future as you expand your wind, solar photovoltaic, solar concentrating and biomass programs, and we will also lift all economic sanctions."

Such an offer would not only have the benefit of reducing carbon emissions and potentially spurring the adoption of renewable energy in oil-producing countries, it would also force Iran to reveal the real reason behind its nuclear program. After all, if Iran is truly seeking more electricity generating capacity, then it should be happy to accept energy in any form; if the offer is rejected, then clearly Iran's program is not merely for civilian purposes. What's more, Iran would stand to benefit tremendously from an offer of free energy, as opposed to the exorbitant costs of developing and building a nuclear program in the face of economic sanctions.

A Costly Offer, Depending on the Definition of Costly
Of course, the U.S. and its allies would have to pony up a significant amount of money, both because a lot of energy would have to be provided--a nuclear power plant can easily generate 1,000 megawatts--and because renewable energy is intermittent and, as a result, 10,000 megawatts of wind and solar might be needed to equal 1,000 megawatts of nuclear power. If the average cost of all the renewable energy technologies utilized were $5 per installed watt, providing the electricity equivalent of two nuclear power plants might cost $50 billion, shared by the 6 participating nations and possibly the wider international community.

However, this would be a tremendous opportunity to give a boost to American and European manufacturers of renewable energy technologies, and could build capacity and infrastructure in Iran for a renewable economy. If the U.S. has been able to rationalize shelling out 2 trillion dollars to 'bring democracy to Iraq', it can surely justify spending a fraction of that--with no loss of American or Iranian life--to avoid war between Israel and Iran.

A Pipe Dream, Or a Necessity?
Okay, so all this is highly unlikely, but wouldn't it be great to see the offer made? As things stand now, Iran is toying with the international community as they parry "freeze-for-freeze" offers and other incentive packages. Current negotiations have accomplished little, and Iran's continued defiance of U.N. sanctions has led Israel to threaten military action, further destabilizing the world's most volatile region. In short, the "solar and wind for nuclear" plan may be a pipe dream, but only if we ignore the nightmare of a nuclear Iran. (Let's not forget that in 2007, wind power expansion beat nuclear 10-to-1. . .pipe dreams don't add 20,000 MW of worldwide capacity in one year!)

An offer of free renewable energy, coupled with other incentives and strong diplomatic pressure could, at a minimum, force Iran to show its cards. A rejection of the proposal would enable the world to deal with the threat of a country run by fanatics that, contrary to what is claims, is actually pursuing nuclear weapons. Yet if the offer were accepted, it would be a tremendous diplomatic victory for all involved--the world's first green disarmament initiative. Imagine an Iran that is threatening not because of its warheads and cooling towers, but rather because of its burgeoning renewable energy industry that, thanks to low labor costs, is pressuring American and European firms. Wouldn't that be a more palatable threat?