Risk management is regarded as an essential element of modern investment management. But few people recognize that retirement -- the period when a person stops working and begins to decumulate their assets -- has now become the riskiest stage of a person's entire financial life. 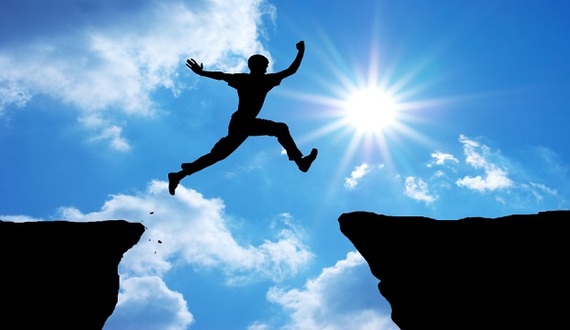 Worse, most retirees are not prepared to shoulder this burden, and most do not even know the risks involved.

But it wasn't always this way.

The evolution of retirement policy in the United States reflects a critical combination of attitudes towards workers by their employers. By examining these changing relationships over time, we can see how business has changed from considering its own workers essential partners to the current attitude where workers are regarded more as temporary assets. Of course, these attitudes cannot be clearly articulated, but they are evident during recessions and through the evolution from pension plans to 401(k)s, accompanied by threats to privatize Social Security, reduce health care costs, and failures to promote wage increases.

Retirees also face the problem of managing portfolios in a low-return, volatile market environment, and then trying to answer the unanswerable question of whether they have enough assets to last them through a longer lifespan than any other American generation.

One of the main reasons for retirees facing increased risk is due to the decline in people being covered by corporate pension plans. The first plan offered in the U.S. was by the Presbyterian Church in 1717 when it established its Fund for Pious Uses for retirement ministers. In 1875, the American Express Company began the nation's first corporate plan. This was followed by pensions offered by the Baltimore and Ohio Railroad in 1884, and by the Pennsylvania Railroad in 1900 for all employees who reached age 70.

While corporate paternalism played a part, offering pension plans was also good business due to a combination of favorable tax benefits and funding options. From the 1920s to the 1970s, moderate executives at some corporations, such as GE, Met Life, and Standard Oil of New Jersey, promoted pensions as a way to improve labor-management relations and attract better-qualified workers. John D. Rockefeller also favored the expansion of corporate-sponsored pension plans as a means of preventing the expansion of unions.

In this corporate environment, professionally-managed pension plans, combined with personal savings, and Social Security (post 1935) were the elements of the "three-legged stool" Franklin D. Roosevelt and other New Dealers referred to when they described retirement security in the United States.

Flash forward to the popularity of 401(k) s in the 1980s and we can see a definite change in the prospects for retirement security. Busier, less sophisticated individuals now have the responsibility to select and manage various asset class exposures over a 30-year time period in order to provide the optimum portfolio returns in a volatile market environment. This is all being done in a global economy which changes every trading day and one increasingly dominated by professional traders managing multi-billion portfolios.

On the institutional side, risk is now a stand-alone discipline and a critical element in every major corporation. Global risk management (GRM) has its origins in Modern Portfolio Theory (MPT), which formalized elements of portfolio diversification, asset allocation, market risk and portfolio risk. GRM also incorporates option risk management via valuations. This assigns a numeric risk to almost every possible choice a corporation can make in every aspect of its operations. Risk management is most sophisticated in the investment industry, which now regularly uses tools, such as value at risk to examine credit and market risks. Once the risk is quantified, professionals can employ a number of hedging alternatives.

Of course, none of this is readily available to individual investors who don't have the tools or ability to hedge their 401(k) s during recessions or market declines. This means average investors have only a few choices when it comes to risk management: They can accept it, manage it, or transfer it.

My bet is that most choose to accept it mainly because they never see it coming. And this is exactly why retirees who have stopped working and are living off of a fixed accumulation of liquid assets are now facing more financial risk than at any other time in their lives.

About the Author: Chuck Epstein is an award-winning writer, who has held senior-level marketing and communications positions at the New York Futures Exchange, Chicago Mercantile Exchange, Lind-Waldock, Zacks Investment Research, Russell Investments and Principal Financial. He has won national awards from the Mutual Fund Education Alliance (MFEA) and his site, www.mutualfundreform.com, was named best small blog in 2009 by the Society of American Business Editors and Writers (SABEW). He also has written three books, by-lined articles on financial topics for over 50 publications, and worked on teams which introduced futures and options based on the S&P 500, Russell indexes, CRB index, Eurodollars and CDs. He is author of How 401(k) Fees Destroy Wealth and What Investors Can Do To Protect Themselves (2013) and editor of Managed Futures in the Institutional Portfolio (Wiley, 1992) and The Handbook of Corporate Earnings Analysis (Wiley, 1994). Follow Chuck on Twitter @EpsteinWriter.