Forget the heroics at the NBA finals because the best shot of the weekend -- maybe the best of all time -- took place half a world away.

Brett Stanford of Australia's How Ridiculous trick shot team flung a ball off the Gordon Dam in Tasmania and had it land in the net... 415 feet below.

Just to put the shot in perspective, here's the view from above, as posted by the team on Facebook:

Our view from the top of Gordon Dam.. There's a basketball ring somewhere down there! #HowRidiculous

The shot was featured on Australia's "Sunday Night" TV show, which said the team had to wait out the weather for nearly three days.

Once conditions were right, the team said it took 4-5 hours to nail the incredible shot.

How Ridiculous already holds the Guinness World Record for "greatest height from which a basketball is shot" for a nearly 299-foot shot off Rotterdam's Euromast Building in 2013, which was accomplished by Kyle Nebel.

If confirmed by Guinness, the new shot will officially take its place in the record books.

In the YouTube description, How Ridiculous says it may be aiming for even greater heights.

"Next stop: The Burj Al Arab Helicopter Pad? Or the Burj Khalifa?"

How Ridiculous partners with Compassion, a Christian aid organization, to help children in poverty. 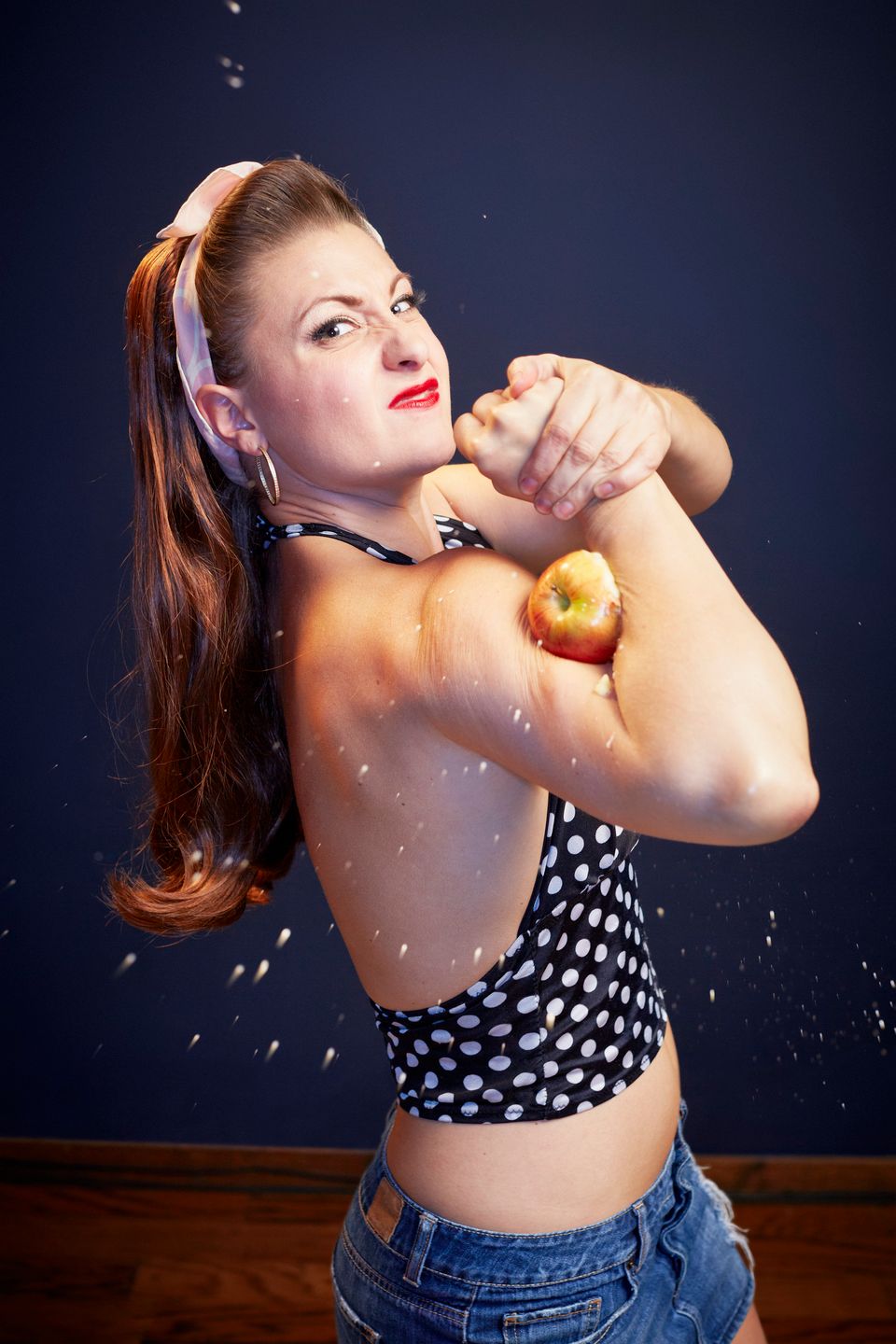 1 / 10
Most Apples Crushed With The Bicep
Linsey Lindberg aka Mama Lou set a world record by crushing eight apples with her bicep. Once an accountant, she now blows up and pops hot water bottles and rips telephone directories in half.
Guinness World Records