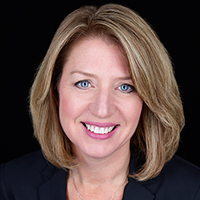 What's it take to stay relevant in work today? That often cited and disputed study made famous by Malcolm Gladwell, it takes 10,000 hours to achieve mastery, is based on a study that covered those whose skills required repeated practice - surgeons, violinists, and athletes -- notes Rookie Smarts author Liz Wiseman. Yet, to work and live well in our rapidly evolving and connected world we must be perpetual learners not proficient repeaters of skills. 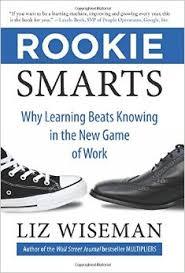 Equally startling, several studies "show that practice accounts for only 30 percent of the variance in ability among those considered experts" discovered Wiseman.

As Wiseman notes, "Today we work in an environment where information is vast, fast and fleeting. That's why she chose to write "about living and working perpetually on a learning curve" as a purposefully perpetual rookie who is willing to seek out fresh experiences and diverse friendships to stay relevant - with others.

Just as the wisdom of a diverse crowd results in smarter choices than a single expert's judgment, Wiseman cites studies that show groups of rookies "can outperform individual experts." For example, University of Chicago behavioral scientists found that less experienced pathologists' aggregated findings were better at predicting a cancer patient's survival time, based on viewing a biopsy slide than the expert pathologists' conclusions.

Hint: Seeing a situation with fresh eyes as a less experienced professional, can mean that you notice what the more expert peers miss.

First, rookies, according to Wiseman's definition, have never done the type of work required on a project, as compared to a veteran who has. Consequently they approach the task differently. After Wiseman's research team studied how rookies and veterans tackled work assignments in "almost 400 workplaces scenarios" they discovered four ways in which rookies outperformed veterans

1. Rookies were more innovative and apt to complete the project on time.

2. "The highest-performing rookies sought out expertise in others, connected the dots, experimented, learned from mistakes, and focused on making incremental gains."

3. High performing rookies listen more, are more likely to ask for help, believe they have a lot more to learn, and learn faster."

4. Veterans create habits that may lead to blind spots. "As we climb to the top of the learning curve, we also tend to stop seeking feedback" according to Wiseman. That reminds me of a New Yorker article, where the renowned author of The Checklist, Atul Gawande wrote of asking his mentor, another doctor, to observe him during certain surgical procedures he'd often performed, to ensure that he wasn't so practiced that he was inadvertently forgetting something.

Hopefully these findings have motivated you to read Rookie Smarts and discover exactly how to becoming a high-performing rookie, including learning the four ways of how we tend to approach assignments when we are rookies: Backpacker, Hunter-Gatherer, Firewalker and Pioneer.

As clinical psychologist, Henry Cloud once said, "Certainty is one of the weakest positions in life. Curiosity is one of the most powerful. Certainty prohibits learning, curiosity fuels change."

My favorite chapter, The Perpetual Rookie, opens with this quote from John Wooden, "It's what you learn after you know it all that counts."