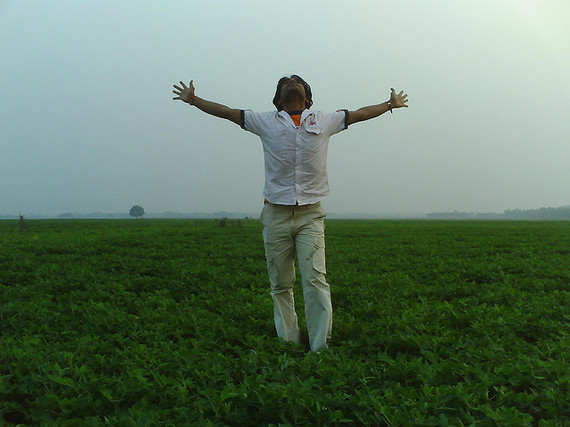 I'm a people pleaser; it's hard for me to say NO to people who ask for something -- despite a reluctance inside of me. This has gotten me into trouble more than a few times. Time is precious and moves too quickly at times. There is also no lack of things that have to get done.

For 12 years, I took life a day at a time. I didn't have goals or dreams; I woke up each day hoping for something more. In 2011, I had enough and chased my dream of being a writer. This meant more work on top of a day job that took 60-80 hours of my week.

It didn't take long for me to realize that something had to give. I had to learn how to say NO to open up room for the things I was striving to do. Seeing how much time and energy was freed by saying NO, I started looking at all the other areas of my life. Here are six things that saying NO to helped me live a much better life.

1. Other people's baggage. Life is hard for all of us. Sometimes it's easier to push your baggage onto someone else -- it may even happen without you realizing it. If you are trying to make changes in your life and someone reacts a certain way because of their baggage, it's up to you to say NO. You don't need any more drama in your life. For me, this meant ignoring some people on social media and purging negative people from my life.

3. A job that I absolutely hated. I delivered bread for 12 years and hated it. I felt stuck, and that, someone like me -- a high school dropout -- couldn't do better. In 2011, I said NO more and worked hard for four years to make my dream of being a writer a reality. I now wake up loving what I get to do for work -- it's led to happier days.

4. Unhealthy habits that felt good. I love food. I said yes to junk food and NO to healthier choices. This, as you can imagine, led to major weight gain. At one point, I was 170 pounds overweight. When I started saying NO to unhealthy choices and started exercising, I was able to lose the 170 pounds in a two-year span. Today, I have more energy, focus, and confidence. Life is better.

5. Toxic relationships.Purging negative people from my life and saying NO to what they tried to project into my life, led to relief and happiness. It was hard, but a NO I had to say. Toxic people will keep you off track and make you not enjoy life. Purge negativity from your life whenever it's possible.

6. Holding onto the past. I had a messed up childhood that involved physical and mental abuse. I chose to be homeless at 17 instead of continuing to be beaten with lamp cords. The demons from my past threatened to destroy me as I grew into an adult. I had to let go. I had to say No more. I had to forgive to begin the healing process. I don't know what you have or are facing, I do know that to heal, you have to let go.

Just because you're saying NO right now doesn't mean you'll have to so NO forever. Life has seasons, and some of them are busier than others. The point is to make sure you're doing the things you want to do and that lead to the kind of life you wish to live.

What have you said NO to that made you feel good?