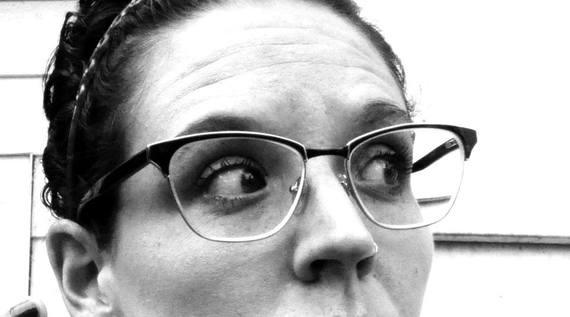 Impact of Creative Thought and Development in the Secondary Public School System Research demonstrates that as students enter and progress through the public school system, their ability to problem solve and think creatively declines. I argue that a student presented with a creative teacher, people who are actively creative themselves, a comfortable environment, one where the student feels ownership and welcome, and a creative lesson, one that asks questions, encourages experimentation, and is not focused on perfection, or a grade, will begin to reignite their creative thought ability. Students in the secondary public school system that find themselves emerged in a creative environment will begin to develop the ability to experiment, push boundaries, and think creatively.

I wrote the above paragraph while I was in the midst of writing my master's thesis in creativity education. Looking back, it was the beginning of the end.

Einstein says, "Whatever you reinforce you shall get more of."

It's the end of the second week of August, the time of year when I would avoid the mailbox at all costs, knowing that a stuffed brown envelope would soon arrive, breaking the news that summer vacation was almost over.

I'm not hiding from the mailman this year; in fact, yesterday, we stopped and chatted, as my Shiba Inu inspected and thankfully approved of the man that sends letters flying through our front door everyday.

No brown envelope filled with schedules and student rosters will land on my porch this summer. I will not start the month of September standing in front of a group of teenagers, reading them a paper, telling them not to talk to strangers on the Internet, or collecting and alphabetizing 25 different-colored pieces of paper signed by their parent or guardian that will eventually be filed who knows where. I will not look across the hall, and see the same faces of my coworkers that I've seen for eight years. I will no longer collect a steady paycheck, and I will pay for my own health insurance. My pension will not continue to grow.

And it will all be okay.

At least that's what I tell myself in the moments that I'm overcome with doubt and the realization that I really did leave my teaching job.

In the months since I walked away from teaching I've had countless people ask why I left, and, deep down, the real reason that I walked away was because I was losing myself to the system.

In an effort to push back and to keep from totally falling apart, I'd retreated. I resigned from running Art CO-OP, an after school program designed to reach students that felt disconnected. With my resignation, the program ceased to exist. Next, I walked away from being Co-Student Council advisor and Freshman class advisor. I stopped doing anything and everything extra. And with this I started to feel like a bad teacher -- something that I wasn't proud of -- but it was necessary for my health, as my body was falling apart under the stress.

Three years ago, I stood in front of my husband sobbing, telling him that I wanted to quit. He looked back and, almost as though to challenge me, said then go ahead. It's one thing to say that you want to quit your job, but it's another thing to follow through with it, especially knowing that in all likelihood, once I handed in that resignation letter, I was kissing teaching in the public school system ever again goodbye.

While you may have read some of the articles that talk about the shortage of teachers, there isn't a shortage of art teachers, perhaps because so many of the positions were cut in response to the recession and the drastic uptick in standardized testing. A high school art teaching job can be hard to come by. I knew that as I walked away, there would be a long line of people waiting to fill my place.

I quit because I was losing my voice, and with my voice my vision, and I wanted to leave before both were completely lost and before I became a bad teacher.

While there is a great amount of research and writing that shows how schools kill creativity in students, it fails to mention how schools do the same to teachers.

Schools teach students to fear failure at all cost, and do the same for teachers.

As a big-picture thinker, I have an obsession with asking why -- one of the worst questions that you can ask within the school system, because no one actually knows the answer. The usual response is to blame it on the state or federal government, because heaven forbid anyone take responsibility.

My personality type is an INFP; INFPs are creative, sensitive souls who take their lives very seriously. They seek harmony and authenticity in their relationships with others. They value creativity, spirituality, and honoring the individual self above all else. They are very tuned into inequity and unfairness against people, and get great satisfaction from conquering such injustices.

I have a firm belief that schools need to teach love, compassion and connection before anything else.

Students that score poorly on standardized tests are pulled out of "electives" and forced into remedial classes. They're pulled from study hall and sent to " study island," which is nothing like an island.

I heard student after student tell me that they were dumb and stupid. I watched students make the choice to not try at all instead of take the risk of trying and failing. It was safer to fail due to a lack of effort.

While most teachers feel much like I do, they carry with them the fear of losing their job, and so they remain quiet. They do the best that they can do within the circumstances.