When I was little, I hated my face.

My head was too round, my chin blended into my neck, my eyes were deer-in-the-headlights enormous... I was my own worst critic, and I never missed a chance to tell other people how unattractive I was.

"Oh gross, I look like a pumpkin," I would say, peering over my mother's shoulder as we sorted vacation photos. O, in front of the mirror with a friend, "Yuck, my profile is the shape of an egg. And my nose is so upturned! See, it's just like a pig's." Then I'd press my finger to my nose, make snorting noises, and pretend it was a joke.

The truth was, I had no idea how to love my face, or any part of my body. And no one told me I should. In fact, most of the adult women I knew felt the same kind of shame about their appearance.

From a young age, these women had been expected to measure up to a standard of beauty that seemed far beyond their reach, and each passing year had been a reminder of their disappointments. Not pretty enough at 8, 9, 10, 17, 25, 31... By middle age, that insecurity was laced into their very beings. Failing to achieve the ideal was inevitable, but god forbid the woman who didn't try. We'd love you more if you were five pounds lighter, whispered the magazine ads. Wouldn't you like to hide those ugly wrinkles? crooned the television. Just think how gorgeous, how lovable you could be!

With so much pressure on their own shoulders, how could these women worry about empowering a seven year-old? Or should they want better for their daughters, even understand how to start? It wasn't that my mother or any of these role models agreed with my comments about my looks. On the contrary, they'd vehemently deny that my face resembled a beach ball or that I had chubby cheeks. But they knew only how to contradict, how to prune back the shoots of self-loathing that had already grown inside of me. They didn't realize that, in our society, you have to plant the seed of self-love, that you have to teach someone how to feel beautiful.

By the time I turned 18, I had resigned myself to a certain type of self-confidence. I felt good when I put in the effort to be absolutely, positively sure I looked good. The rest of the time, I either lacked the energy to care or was constantly fighting off tiny tendrils of self-doubt.

Then I discovered Snapchat, the image-sharing application. Documenting my daily life--and appearance -- made me realize how inaccurate the little voice at the back of my head could be. Huh, here's what I look like after just waking up. Not as bad as I thought. Or, Hmm, I'll take a picture of myself in this snowstorm... and wow, I'm actually having a good hair day! 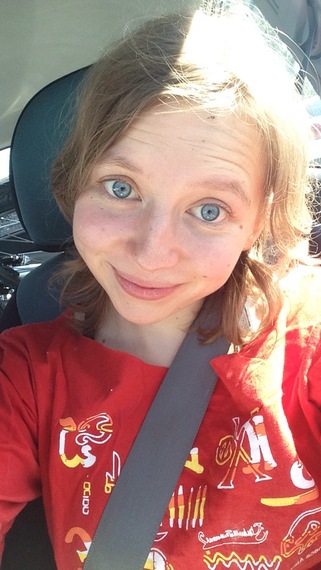 Gradually, as I took selfie after selfie, I came to terms with my face. I wasn't a runway model, fine, and I could make myself look hideous in a pinch, but I'd finally began to appreciate what I had. After so many photos from the same angle, I had started to see what other people saw, what they meant when they complimented one of my facial features rather than a single image of me. At some fundamental level, I was a pretty okay-looking human being.

Women are often mocked for taking or posting selfies, called "vain" or "shallow" or "obsessed with their appearance." But what's so wrong with insisting to the world that you, too, are beautiful? That yes, in that moment, you like yourself and aren't afraid to reveal it? Selfies should be viewed as a celebration, not as a sign of weakness.

So the next time your Facebook or Twitter feed is flooded with "duck faces" or trios of girls sharing a bathroom mirror, take a step back from your initial scorn. Remember, a selfie is just a selfie--or is it? You might be catching the first glimpse of a young woman's self-esteem blossoming onto the screen.