Why wasn’t this important question asked during the presidential debates?

People on social media have been passionately disputing an imperative question: Should a giraffe wear a tie like this …

And many tweeters had OPINIONS:

The top looks more formal so I'll go with it https://t.co/c9wi4dbIE2

@jeremythunder on the bottom, bc shirts dont go all the way up your neck, they stop at where ur shoulders and neck meet

clearly at the bottom ffs - it's a tie, ain't no damn choker https://t.co/STgrMIwN10

@SimpleAs0 @jeremythunder its obviously the top of the neck, the bottom looks unprofessional

And a few just couldn’t decide:

@jeremythunder @AdamBroud def on the top during work but low when they're at the bar getting a beer ~after work.

Jeremy Hammond, a Brooklyn-based comedian who hosts a monthly showcase, left the internet with the conundrum.

“I was doodling in a notebook and drew a giraffe with a top hat, and wanted to put a little bow tie on him as well and became genuinely confused,” Hammond told The Huffington Post.

He decided to ask people on Facebook about it, but then realized that a regular tie might look funnier. So, he created the image and posted it to the social media site.

“It sparked an insane debate amongst my friends,” he told HuffPost. “So I thought I’d share it publicly [on Twitter] to ruin other peoples’ friendships.”

Hammond also has his own opinion as to how a giraffe should wear a tie after reading so many responses online.

“My thinking is that the tie goes at the bottom, for practical purposes. Somebody pointed out that ties kind of need shoulders to stay where they are, since they’re made of silk. So if the giraffe wore it at the top, it would just slide down to the bottom anyway,” he explained.

But he has a completely different opinion about bow ties.

“In a black tie context, the bow tie does go at the top and they would use that stuff that actors use to stick on devil horns and whatnot,” he said. “Also, I don’t think a bolo tie looks appropriate at either end of a giraffe’s neck, they just have to let that style go. Which is probably fine, since only a few of them live in the American southwest anyway.”

Nice way to stretch a joke. 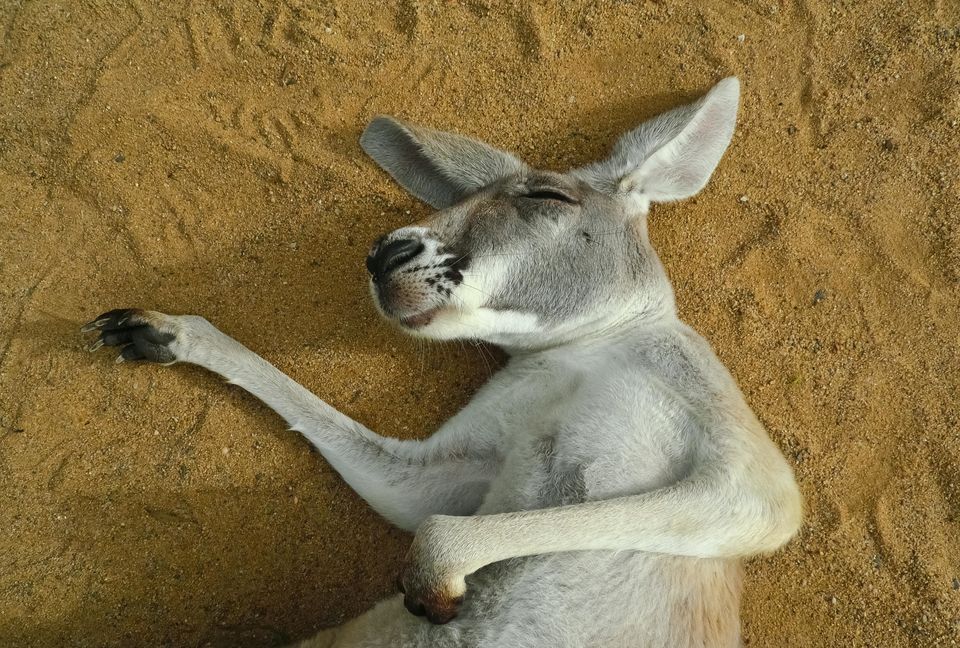