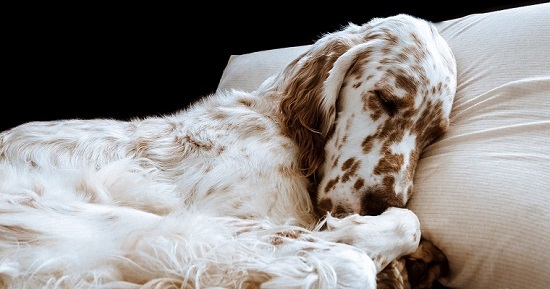 Chances are, right now, you know someone that is trying to improve or change their behavior.

They may be trying to eat healthier or exercise more often to lose weight. Maybe they're simply trying not to yell at lazy coworkers.

The problem with self-improvement?

The good news is that recent studies are showing that there's an under-appreciated method that can help in charging up and maintaining your levels of willpower.

The not so mysterious behavior of sleep.

Are You Getting Enough?

The amount of sleep needed by an individual can vary. Genetics and age play a large role, along with a number of other factors. But a good guideline -- as recommended by the National Sleep Foundation -- is generally seven to nine hours each night.

It seems a majority of us do in fact hit the seven to nine hour per night guideline. However, there's still a large portion that don't. A poll conducted by Gallup in 2013 revealed that 40 percent of Americans get less than seven hours of sleep.

Americans aren't the only country that has this problem. An international poll done by the National Sleep Foundation surveyed five other countries in 2013 to learn more about sleep patterns and habits. Of the six countries polled, the amount of people getting less than seven hours ranged from 29 to 66 percent.

Science of Sleep and Willpower

There are few studies that look at sleep and willpower directly. Scientists from the two camps rarely work together, and so the relationship is not entirely understood.

That didn't stop a team of researchers from taking a look at the interaction between sleep and willpower. Their review -- published in Frontiers in Human Neuroscience - summed up the results from a range of studies.

They found that sleep deprived individuals are more likely to give in to impulses, have less focus, and make other questionable or risky choices. Sleep, it seems, may affect self-control in two main ways. First, it might reduce your capacity to exercise willpower. And, secondly, it could diminish the energy needed for self-control.

Evidence from brain imaging studies confirms this. When individuals attempt to control impulses or behavior, scientists notice heightened activity in an area called the prefrontal cortex. Brain scans done in sleep deprivation research have noticed a decrease of activity in this same area. This suggests that the capacity to exert self control could be impaired when an individual is sleep deprived.

June Pilcher, an author of the study, emphasized the importance of this type of research in a statement:

Exercising self-control allows one to make better choices when presented with conflicting desires and opportunities. That has far-reaching implications to a person's career and personal life.

There is ample evidence from other areas that support the sleep-willpower connection. Researchers who study decision making know that that self-control plays a role in whether or not we choose to do something. So it's not surprising that our decisions, jugements, and attention can all be compromised when we don't sleep well.

Without sleep, the capacity for us to engage our prefrontal cortex is diminished. At which point the other part of our brain -- the reward center -- has more influence over our decision making. There is no better example of this than with decisions made about food.

One study has found that when sleep deprived, our brain activity spikes at the thought of food. An important link, say the researchers, in how less sleep may lead to weight gain. Others have found that sleep loss is associated with junk food cravings, increased food purchases, and poor dietary choices in teens.

And it's not just food. Sleep deprived individuals have also been shown to choose less cognitively demanding tasks, partake in riskier behavior, and impair the ability to make moral judgments.

Sleep has also been tied to a certain type of self-control called emotional regulation.

Research notes that poor quality sleep can cause you to react more emotionally to stressful situations. This was one of the major findings in research published in 2015 as part of a book titled "Sleep and Affect"

Feldner, one of the editors of the book, stated:

Some of the neurobiological structures that we think are involved in regulating emotional or affective experiences don't seem to function the same after we lose sleep as they do when we are fully rested.

The Power of a Nap

Further evidence notes the restorative power of sleep on our impulsive nature. A pilot study published in Personality and Individual Differences took a look at how naps can strengthen our reserve of willpower.

The researchers took 40 people -- aged 18-50 -- and put them on a consistent sleep schedule for three nights. They were then given a string of computer based tasks and questionnaires.

Once done, the scientists randomly assigned an hour nap for half the group, while the other group watched a one hour nature video. All participants were then subjected to another round of computer tasks and questions.

They found that those who took a nap spent more time on the computer tasks, even when frustrated. The nappers also reported that they felt less impulsive than their counterparts who watched the video.

The interaction between sleep and self-control is important when trying to make healthy changes. People understand the necessity of willpower. But too easily they overlook how regular, consistent sleep can affect their self control. It's not just for your health, it's also for starting and maintaining healthy habits.

If you find yourself wanting to make healthy changes, better decisions or more self-control, quality sleep should be one of your biggest priorities. Not only can it boost your willpower, but it can help you make those changes stick.

Image: dgarkauskas
---
This article first appeared on TheBrainFlux. You can join thousands of others getting brain tips by following on Twitter or Facebook.