This piece by Emily Smith originally appeared on The Establishment, a new multimedia site funded and run by women.

My experience with social media invariably ends with me clicking myself into abstraction, where, after an indeterminate amount of time measured only by the coming of darkness, I’m staring at an eighth grade classmate’s sister’s boyfriend’s puppy. Or something.

I try to stay away. It feels like a true act of futility ― this is, after all, a fight against the biggest cultural phenomenon of our time ― but I do what I can.

But then there are times when I can’t stay away. Sometimes the urge to scroll through the photos and social boasts of people I barely know inhabits every cell in my body like I’ve been possessed; my insecurity creates a screaming void inside me.

When I’m beginning or ending a new relationship, I find myself drawn to social media as though it’s a siren. I am Odysseus, but there’s no one to lash me to the mast.

In these times, I’m not just creeping on the subject of interest, although of course, there’s that ― poring over photos, compulsively checking feeds, analyzing tweets. I am posting, posting more in a day than I would normally post in months. I feel an unquenchable desire to prove my worth to the other person. I need them to know: I have friends who do fun things. I have interesting taste in music. I have witty thoughts and relevant opinions on current events! Social media gives me a lifeline to this highly desirable but otherwise inaccessible person because our closeness has either not yet begun or has unjustly ended.

When I’m in this state, I see everything through the lens of how I can transform it into a post. Every glimmer of enjoyment or beauty or strangeness turns into an opportunity to showcase my appreciation for enjoyment or beauty or strangeness. And then once I post, I’m sucked in. It becomes a vortex of checking “likes” ― is that photo as good as I thought it was?! ― watching others post their own variations, watching how I compare as my likes go up, or not. I’m thrown into a black hole of life comparisons, riddling my inner monologue with the inevitable “should.” I should think about babies. I should go to more parties. I should wear something other than Old Navy sweatshirts.

In these moments I’m not only my most app-happy self, I am also my most insecure self. I am filling a void. My relationship to social media is unhealthy; so is my relationship to food. This is not the first time I’ve tried to fill this void.

In college I was anorexic, and I continued to battle with the disease for almost 15 years; but no matter how much you eat in the wake of being anorexic, the mental effects of an eating disorder are hard to permanently shake.

There are biological underpinnings to anorexia, rooted in the brain, that often go overlooked. Anorexics—even recovered ones—do not have well-functioning insula. The insula is the part of the brain, wedged deep in the cerebral cortex, related to functions like perception, self awareness, and interpersonal experience; the insula takes signals from the environment and informs how you feel in certain situations.

Katy Waldman of Slate—a vocal writer on false anorexia narratives—explains in her essay “There Once Was A Girl“ that one of the insula’s tasks is constructing body image, so it takes input from how you operate in space, what you see, and how you feel. But for those with anorexia, the insula has trouble making those connections. Instead, anorexics rely heavily on external signs to construct their mental model: They comprise their body image from what people say, the numbers on a scale, and odious comparison to others.

Waldman says that this dependence on external feedback to build one’s own self-image leads to a kind of self-objectification—a kind of disembodiment—where one constantly views themselves as a third party. She describes anorexia as “a performance — of femininity, of damage, of power — that turns into a prison. The choreography becomes so absorbing that you can no longer access your own will or desires. You may require an external party to confirm for you that you exist.”

My life as an anorexic was an elaborate web of compulsive habits, the indulgence of which allowed me to confirm my progress toward the very clear goal of becoming smaller. A goal that, for reasons worthy of another essay, seemed indisputably desirable for a woman. This validation took many forms: the red LED mileage shining on the treadmill, how much I could chew without actually consuming real calories ― entire bags of spinach, multiple packs of gum, sugar free anything ― and the un-pinchable hardness of every angle on my body.

I had a normal life ― a good job, a thriving social life in NYC, relationships ― but the “normal” parts were stuffing. The backbone of my days, what I valued within myself and measured my progress against, was the completion of these routines. Every thought was laced with what I would eat and when, and how much I could exercise, and when, counting every bite and step. My motivations were stripped of any desire other than meeting the simple and unwavering demand of external expectations.

Over a decade later, I’ve untangled myself from this web and am finally learning to listen to myself, and understand what real desire feels like outside of expectation. But social media is a new external party; it triggers every one of my anorexic demons. It is a vast and murky ocean of signals just waiting to inform and validate, or invalidate, my self-image. It is the social equivalent of stepping on a scale. When I allow myself to step into the world of “likes,” it becomes impossible to understand what it is I actually want, beyond the approval of the signalers.

It is the social equivalent of stepping on a scale.

I’m a millennial, my friends love social media. They use it to express themselves and connect with others. I get that. I envy it. I’m an oversharer (clearly). My life is built on sharing (often very embarrassing) truths as a means to connect with others. I wish I could casually post pictures on Instagram or thoughts on Facebook and x-out carelessly, without the reception of those images and ideas consuming every fiber of my being, viewing every new experience through the lens of a potential post. But I will never be that person. Social media doesn’t help me express my identity, it drains it right out of me.

The last man I dated ― the one who threw me into my most recent social frenzy ― was an avid media user. Initially we had connected over an appreciation for openness, but it manifested itself in different ways. I hadn’t yet identified how unhealthy my relationship was with social media; I just assumed it was bad for everyone, because it had been so bad for me for so long. But the more I learned how he used it to express himself and his values, the more I respected it—and him. But we never got far enough to explore that difference, to tease out its reason, and to examine our perspectives ― where each one of us was coming from. I came off as unwilling, close-minded ― he broke up with me, and so of course, I lurked.

It took a few weeks of desperately scanning posts before I realized his snap judgement of who I was is exactly what social media triggers in me in the first place—why I’m both drawn to and repelled by it. It’s a binary approval with little room for nuance. Posting to social media is about the opinion, not the subsequent debate. In the posting and re-posting of content, we get a lot of confirmation— which is great for many, many things—but we can be left with very little depth and understanding, of each other and of ourselves.

I’ve been socialized as a woman my entire life to care what other people think, to go out of my way to please them. And as an anorexic, I’ve been wired to fixate on validation, to search for confirmation; I struggle constantly to stop caring about the demands placed on women, to ignore the intricate layers of expectations deep in the recesses of my mind: be thin, look pretty, have straight hair, get a boyfriend.

I fight against these things every day. I realize that’s not everyone’s experience, but it’s mine, and it’s one worth surfacing. To remove myself from social media, is to free myself from other people’s gaze. And, even if it’s sometimes hard to stay away, that distance is everything.

When My Biracial Identity And Eating Disorder Collide

Stay Here Or Stay Nowhere: When Poverty Calls The Shots In Your Relationship

"}}">I Believe Love Is Largely An Act Of Imagination

Why ‘Tolerating’ Your Queer Loved Ones Is Dangerous 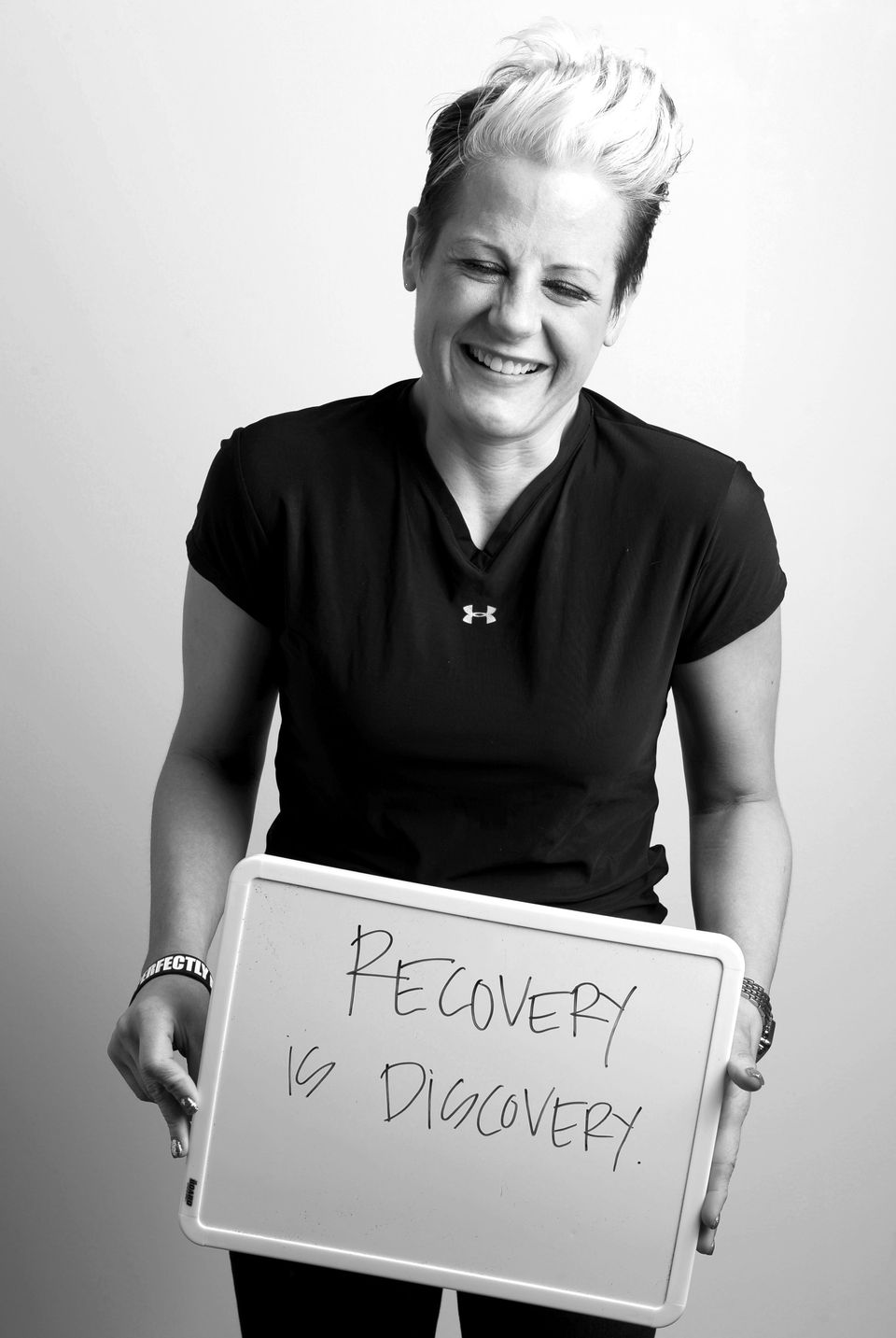