It's been kind of amusing to watch what's been going on online this past week in the wake of the release of the Star Wars: The Force Awakens teaser trailer. And -- no -- I'm not talking about the faux controversy surrounding that lightsaber with those two mini-lightsabers coming off of its hilt. But -- rather -- the ridiculous response that certain Star Wars fans have had to John Boyega's appearance in the teaser for this upcoming J.J. Abrams film. 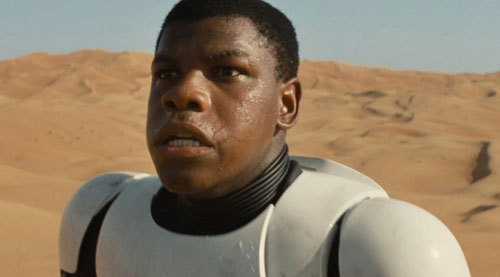 As one irate IGN reader put it:

"So why is there a black storm trooper in the new Star Wars movie. They're supposed be all white. I'm tired of this political correctness (expletive)."

Given that this Star Wars fan is complaining about a political agenda suddenly being foisted on this film franchise ... Well, they clearly weren't paying attention during Episode I - VIs. For -- as Chris Taylor points out in his terrific new book, How Star Wars Conquered the Universe: The Past, Present, and Future of a Multibillion Dollar Franchise (Basic Books, September 2014) -- there has always been a political component to these motion pictures. 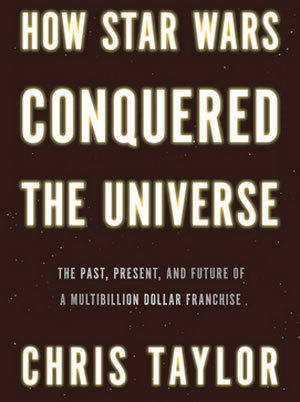 How so? Well, let's go back to 1973. Which is George Lucas first began trying to turn his treatment of what was then known The Star Wars into a full-fledged screenplay. As Taylor reminds us, it was a time when the entire ...

"... world seemed to be falling apart. The ceasefire in Vietnam broke down. US troops were heading for the exits. Watergate engulfed the Nixon White House. The Arab nations attacked Israel again. OPEC was withholding its oil."

And George -- who had spent the previous year toying with the idea of possibly directing Apocalypse Now for his friend and mentor Francis Ford Coppola -- had all the research that he'd done on the North Vietnamese swirling around in his head as he began working on the screenplay for A New Hope. As Taylor recalled: 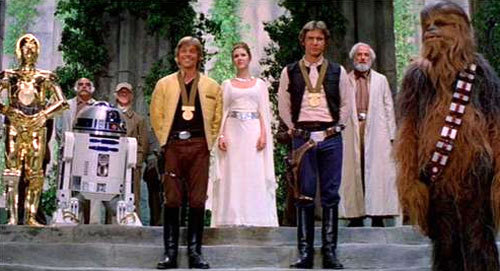 "Lucas was fascinated by the notion of how a tiny nation could overcome the largest military power on Earth and this was baked into 'The Star Wars' right from its earliest notes in 1973: "A large technological empire going after a small group of freedom fighters."

(And given that George was an admitted television news junkie), Lucas channeled the news into his notes. With 'Apocalypse Now' (now) on hold until Coppola, then just its producer, could persuade a studio to fund it, 'The Star Wars' became the only place he could comment on present-day politics. Thus the planet of Aquilae becomes "a small independent country like North Vietnam," he wrote in late 1973. "The Empire is like America ten years from now, after gangsters assassinated the Emperor and were elevated to power in a rigged election ... We are at a turning point: fascism or revolution."

Mind you, Lucas didn't just want his "$4 million space opera in the tradition of Edgar Rice Burroughs" project (or at least that's how George described The Star Wars when he was pitching the project to executives at United Artists, Universal and Disney. All of whom passed on the opportunity to make this motion picture) to have political relevance. George also wanted this motion picture to reflect what was going on American society at that time. But not for entirely altruistic reason. As Chris recounts in his book: 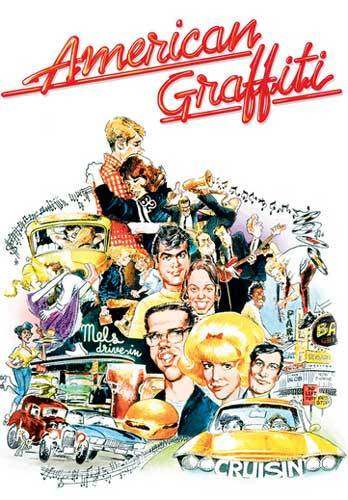 (George had) already gotten a lot of heat over the fact that 'American Graffiti' ended with on-screen text catching us up with the next ten years in the lives of the male characters, and nothing about the women. With the feminist movement growing more powerful with each passing month, 'Star Wars' seemed on track for similar criticism. In March 1975, Lucas decided to fix that (by changing) Luke (into) an eighteen-year-old woman.

Luke's sex change only lasted for about two months. By May of 1975, Princess Leila (who had been relegated in the most recent rewrite of this screenplay to a glorified cameo) was now back in The Star Wars in a much more prominent role. No longer a damsel in distress that constantly needed to be rescued a la Dale Arden in Flash Gordon, Leila was now shown to be a leader of the Rebellion right from the very start of A New Hope. Which Lucas hoped would appease any woman's libbers out there in the audience.

As Taylor points out in How Star Wars Conquered the Universe, there are all sorts of touches to Episodes I - VI that reflect the times that these films were actually made in. Take -- for example -- Emperor Palpatine. Which Lucas modeled after President Richard Nixon.

Did you notice something about the room in which we meet this character on the second Death Star (in Return of the Jedi ? As Lucas pointed out to Ian McDiarmid (the actor who played the Emperor) on set, Palpatine's office is oval.

And this reflecting-the-time tradition continued as George began working on the Star Wars prequels in early November of 1994. Lucas was ...

... interrupted eight days into the writing process by one of the most seismic midterm in postwar American history. Republicans took the House and the Senate for the first time in 40 years. A resurgent GOP under House Speaker Newt Gingrich started pushing its tax-cutting, regulation-slashing "Contract with America." 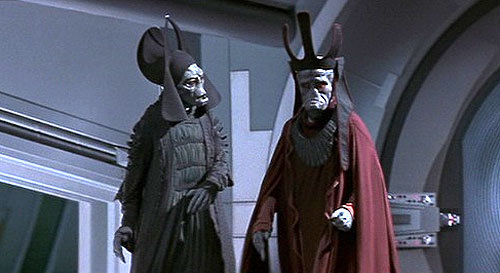 It was perhaps no co-incidence, then, that Lucas started writing about a "Trade Federation," aided and emboldened by corrupt politicians, embroiled in some sort of dispute over the taxing of trade to the outlying star systems. We never learn what the dispute is about -- whether the Trade Federation was pro- or anti-tax. But what we know is that the name of the leader of the Trade Federation -- never actually spoken in the movie, but noted in the script from the start -- was Nute Gunray. By 1997, when the GOP Senate leader was Trent Lott, Lucas named the Trade Federation's representative in the Galactic Senate: Lott Dodd. We're a long way from the subtlety of (George's North Vietnam) metaphor.

This continued through Revenge of the Sith, which Taylor describes as having ...

"... more political references than any other movie in the saga." 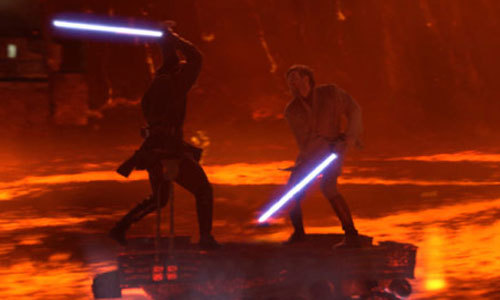 Episode III ... was written around the US-led invasion of Iraq in March 2003. In the Bay Area, protests against the Iraq War and (President) Bush were as hard to avoid as Vietnam and Nixon were during the writing of "Star Wars," especially for a self-confessed news junkie like Lucas. Suddenly, after Anakin Skywalker is first dubbed Darth Vader and confronts Obi-Wan, we find him using this line: "If you're not with me, you're my enemy." Few adult listeners at the time would fail to pick up a reference to Bush's line in his speech to Congress on September 20, 2001: "Either you are with us, or you are with the terrorists." Obi-Wan's response would have cheered the heart of every voter who felt some nuance was lost in Bush's black-and-white worldview: "Only a Sith deals in absolutes." Promoting the film later, Lucas would declare his hostility to Bush for the first time, publicly comparing him to Nixon and Iraq to Vietnam.

So for Star Wars: The Force Awakens to now have John Boyega as a member of its cast and to then have this casting choice spur additional conversations about Michael Brown, Eric Garner and Trayvon Martin ... One has to assume that George Lucas -- that TV news junkie who had previously deliberately slipped references to earlier difficult issues that America was facing into Episodes I - VI -- has to be enjoying that his "space opera" is still having this sort of impact on our national discourse.