Studio 54 changed my life in more ways than one. Before it opened, I was a stockbroker. I worked very hard. Being a stockbroker wasn't easy; it was challenging, demoralizing, and totally frustrating. I worked hard everyday and all I wanted at night was to go dancing. Everything was very social in New York. I was very popular and always had dates, and we would go to dinner and then dancing at a club or some newly opened hot spot. 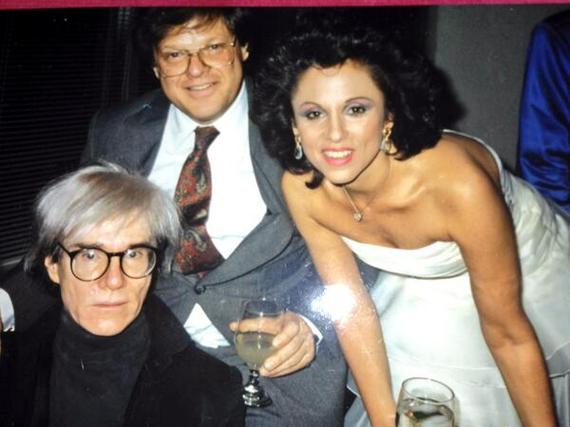 The uptown club scene was all the rage. New "hot" places constantly opened up. Shepherds was a very hot chic Egyptian-themed nightclub in the Drake Hotel. The Hippopotamus was very trendy for a while on the Upper Eastside as well. Once Studio 54 opened everything changed...the NYC club scene changed forever and I had and inside look...The Nikki Haskell Show was the only show allowed to film inside the club.

I was extremely lucky. I had a million parties and dinners and events to go to. I never went alone. I always had a date, and I never went with a girl. When Studio opened of course I still had as many dates and plans and places to go. But now, after dinner I would always suggest Studio 54. All the men that I dated were businessmen who couldn't head to a discotheque at 1 o'clock in the morning. So when they would take me home I would tell to not bother getting out and send them on their way. Then I'd hail another cab and go directly to Studio 54 alone. It was either go alone or not go at all. Of course, every time you pulled up to Studio 54 there was a moment of fear that you wouldn't get in. Fortunately for me, I always got in.

Before Studio 54 opened, I had very few gay friends. After finding Studio, everyone I was spending time with was gay. They sort of ran the town, so to speak. They were designers and photographers, stylists. They had famous names and did wonderful things. The likes of Francesco Scavullo, Way Bandy, and Andy Warhol were the backbone of the Studio 54, and of the New York social scene. There was Egon von Furstenberg, who became a key figure in my life. I had the world's biggest crush on the guy. He was bisexual, married to Diane von Furstenberg with two beautiful children; however, he really preferred being with men. It was becoming so fashionable to be gay, and having gay friends made my life even more fun. They were the ones making it happen.

Not everyone was gay, but definitely beautiful...there were supermodels, Gia and Beverly Johnson, famed make up artist, Sandy Linter. Of course, Liza Minnelii, Elizabeth Taylor, Bianca Jagger to name just a few. And even Jackie O. 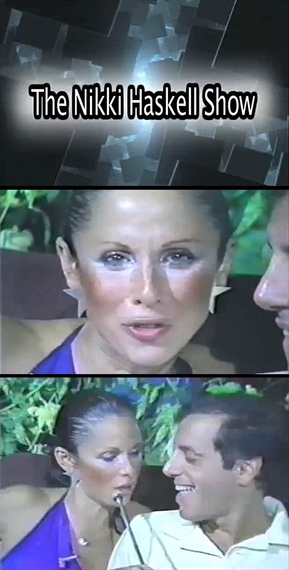 The first summer the show was on the air, in 1980, all my super duper fabulous new friends had houses in Fire Island Pines. When I should've been in the Hamptons looking for a husband, I was dancing all night at the Pines. It was more fun than I could imagine.

My other friend out there was Gustavo Novoa, the Chilean artist. While known for his paintings of animals he did, in fact, painted a portrait of me that was included in one of his books (I have the claim to fame of being the only portrait of his not portrayed as anthropomorphized animal).

Fire Island was quite beautiful, with extraordinary homes on the beach and the Bay. all the streets were made out of boardwalks. I was one of the only women on the Island and definitely the only straight one. Since there were no restaurants on the Island everyone had fabulous chic dinner parties at their houses. There were lots of themed parties. One weekend there were so many guys blowing out their hair for a "Pirate Party" that they blew out all the power on the island. Hair dryer overload! That didn't stand in their way. We partied till 9 am. It was so much fun. I had to be careful not to drink the punch. It was always spiked with something.

Then we would go to a club in Cherry Grove. It didn't seem that wild at the time. Now it's hard to believe I did all of that.

Stay tuned for more of my adventures...next time I'll tell you ALL about opening night at Studio 54 with Donald & Ivana Trump.

Twenty episodes of "The Nikki Haskell Show" will be available on Amazon Prime starting May 1, 2016

Fasten your jet set seatbelts for "Flashback to the Future" a new and exciting series Nikki is pitching.