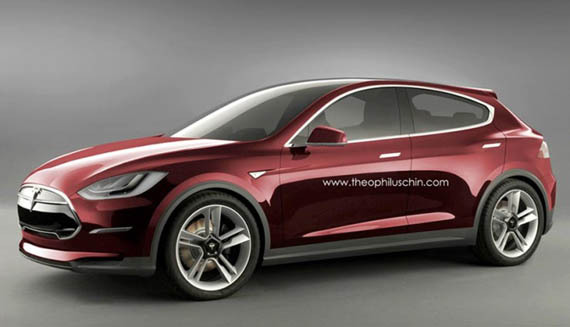 On a recent investor call, Tesla Motors CEO Elon Musk announced that the company is tentatively planning to show their much anticipated and less expensive Model 3 in March of 2016, with production starting by late 2017. Considering there hasn't been so much as an official teaser shot released so far, that seems like an overly optimistic target to many onlookers.

Tesla has a reputation for bringing out new products well behind initially-announced schedules. Both their Roadster and Model S were delayed multiple times before finally being released to the public. Model X is fully one year behind schedule, with no firm release date yet provided.

Model 3, however, has some things going for it that the other models didn't. First, the drivetrain for Model 3 should largely be plug-and-play. Tesla has already designed numerous drivetrain and battery pack configurations for front, rear and all-wheel drive vehicles. Beside the Roadster, Models S and X, they have created drivetrains for the Toyota Rav4 EV and the Mercedes B-Class Electric Drive. Producing an appropriately sized motor, controller and battery pack for Model 3 should be child's play for Tesla.

At a target price of $35,000, there shouldn't be anything particularly new or ground-breaking planned for Model 3 either. While no one is expecting it to be a dull knock-off of its more expensive siblings, it is bound to have fewer bells and whistles than its stable mates. Building a cheaper car for the masses demands this, so Tesla will have no need to work out the operation of complicated falcon doors, autopilot programs or even disappearing door handles.

Model 3 can offer a conventional sunroof, door handles and more industry-standard options and still be a hit for Musk as long as it has that Tesla cache and the promised industry-leading range. Since 3 will be smaller and lighter than S or X, it won't need as large a pack to deliver that range. Tesla should have no problem achieving the promised 200+ miles once their Gigafactory is up to speed producing cheaper, more numerous batteries.

As to production, Tesla will have several years of manufacturing experience behind them by 2017, so they should have an easier time building the smaller Model 3. They have hinted that 3 will be built largely out of steel instead of aluminum, which is easier and cheaper to work with. It is also more forgiving. After S and X, building 3 should be a breeze.

We should also not overlook one of the company's greatest advantages. Tesla Motors operates more like a tech company that builds car than it does an old, lumbering, multi-national manufacturing corporation. It doesn't require as many levels of study and approval to launch new products. Their vehicles even get software updates over the airwaves. As they build up their manufacturing experience, we can only imagine product development will speed up as well.

So while Tesla has yet to release a new vehicle on time, there are many reasons to believe they could do so with Model 3. Only time will tell of course, but there is no doubt the desire for a less expensive, smaller model is there. It will be up to Elon Musk and Tesla to prove to the world, and their investors, that they are capable of moving at the speed of demand.

*Disclosure: The author has no commercial or professional interest or relationship with any of the automotive manufacturers listed in this article. He is simply an EV enthusiast who loves variety.