The Arvada Center for the Arts and Humanities opened in July 1976 as municipally owned and operated facility. However, July 1st of 2016 was more than a 40th anniversary; it was a new beginning. For more than a year the Arvada Center staff and management have worked with the City of Arvada to reorganize and break away from city government. On July 6, 2015 in a 7-0 vote the Arvada City Council approved a cooperative agreement between the City and the new non-profit Arvada Center for the Arts and Humanities. The city retains ownership of the facility, and the programing will be developed and produce by the new independent nonprofit. 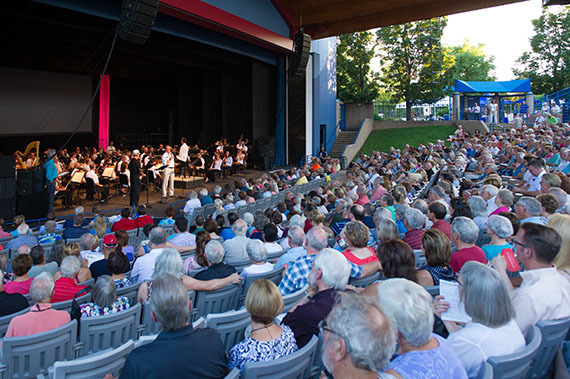 The Arvada Center's transition from City department to private nonprofit governance went as smoothly as it did thanks to the hard work of a number of key staff from both the City and the Center, and to the extended timeframe we allowed for this complicated process. Now that the transition is complete and the nonprofit organization governs the Center, we're looking forward to reaching out to more people and expanding our base of support - we expect to be able to advance the Center to a much greater degree now that we're independent. At the same time, the City remains a key partner and we look forward to their ongoing support. - Philip C. Sneed
Executive Director, Arvada Center for the Arts and Humanities 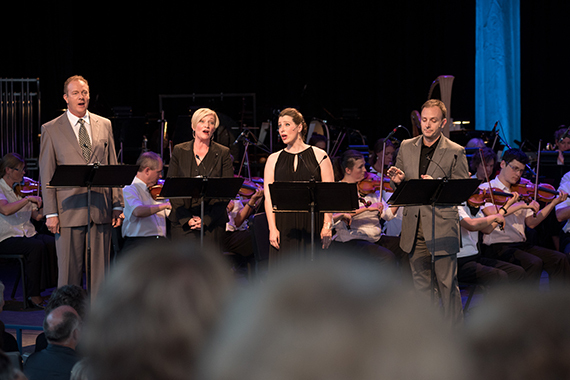 The 40th anniversary concert in the Arvada Center's outdoor amphitheater took full advantage of the occasion to celebrate the past and look ahead to the new possibilities. The Colorado Symphony was joined by four of Colorado's musical theater stars, Megan Van De Hey, Lauren Shealy, Daniel Langhoff, and Stephen Day to perform music from popular productions of past seasons.

Looking ahead to the celebration Mr. Sneed said.

"This is a way for us to celebrate our past and look ahead to what's next. Attendees are going to hear some of the greatest musical theatre, with a far bigger orchestra than we normally have." 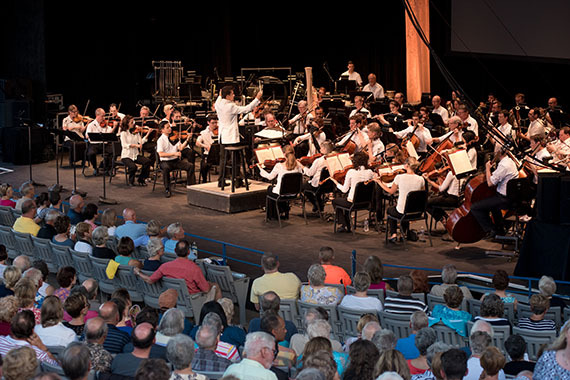 "It was great fun honoring the Arvada Center's 40th Anniversary on July 9 with a repertoire devoted to musical theatre. The program perfectly captured the upbeat feeling of such a celebratory night." Mr. Pierce looked ahead to their next concert at the Arvada Center Amphitheatre, The Colorado Symphony is thrilled to return for our annual all-Mozart program this Friday, July 29. It's become a tradition we look forward to every year, and this partnership made our performing at their 40th Anniversary Celebration all the more meaningful." 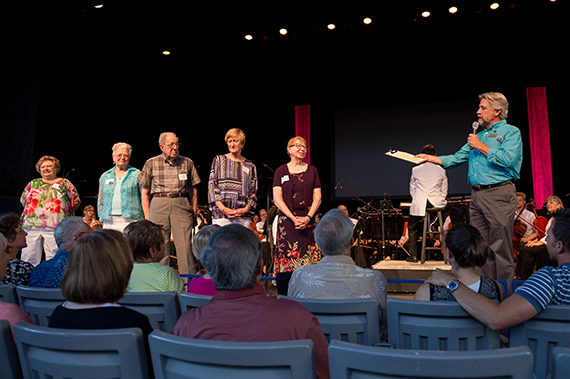 Becoming an independent nonprofit isn't the only big change for the Arvada Center team. Next Season will see the theater department grow into two separate programs, one for the Main Stage lead by longtime Arvada Center Artistic Producer Rod A. Lansberry, and one for the Black Box Theatre spearheaded by Lynne Collins, Artistic Director of Plays.

"I am delighted to bring a fantastic selection of musical theatre to the Main Stage," said Rod Lansberry, Producing Artistic Director of Musicals. "The season includes an uplifting comedy that soars to the heavens, a heartwarming and nostalgic new work that brings a family together, and an iconic classic of musical theatre." Lansberry further stated, "The season is a blend of pieces that will truly show off the talent and artistry of the Arvada Center. It is especially exciting to premiere an original work over the holidays that features music by our long-time musical director, David Nehls."

"This season in the Black Box could be subtitled, 'Somebody Save Me!' We have chosen four very different plays that explore why we so often turn our lives and choices over to someone else, and each play has its own hilarious, heart-warming, heart-breaking and perplexing answer." Collins added, "We also wanted this first season to showcase our acting and design ensemble, so these plays are from a wide variety of theatrical periods and styles, allowing audiences to share in the transformative power of live theatre."

The Arvada Center for the Arts and Humanities is doing even more to reinvent itself in this new arrangement by putting out calls for new original works. Producing new plays and new musicals in the 2017 - 2018 season will certainly enhance the Arvada Center's already strong national reputation among audiences, and artists. Submission information can be found on their website.
Musical Submissions
Play Submissions