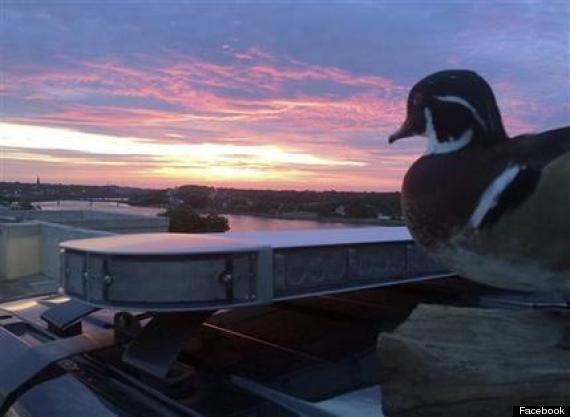 How can a local police department in a town with 33,600 residents have 69,300 Facebook likes? I learned about the Bangor Maine Police Department Facebook page from a friend, not on my Facebook timeline but in actual conversation on our way to dinner. He recounted a post where an officer referred to a doughnut as a "Power Ring." Very funny. When I checked out the page the next day my first thoughts were the posts were too long, there weren't always images, they didn't link to anything, and they all ended with the same line. But none of that mattered because the writer, Sgt. Tim Cotton, tells such a good story I couldn't stop reading. Now that I'm a fan, I truly look forward to seeing the posts every morning. They have all the elements of what social media should be: Engaging, entertaining, informative, visual, authentic, organic, interactive and consistent. And Cotton is committed to seeing it through. There's much to be learned from the BMPD Facebook page.

To be able to write with such authenticity is a gift. First you have to find your voice, then you have to use it consistently so it will be recognized. Cotton has raised the bar for a Facebook post to the highest level I've seen yet. He reports on events in such a way that people actually connect. At first I was concerned there was too much text but after I clicked the "Read More" button I didn't care. It reminded me just how much people love stories. And to never be boring and predictable in a post. The longer post makes a case for organic versus contrived: If it's coming from the heart and people can relate to it, forget about keywords, the eight second rule and the suggested 40 character limit.

Cotton also makes good use of imagery. Not every post comes with a picture, defying the first Facebook rule that image is everything to a good post. When he does post photos they include police officer selfies, department mascot sightings, photos with civilians and video clips and pictures involving the latest unsolved crime. Funny, clever, cute and engaging. It was the mascot posts with the Duck of Justice, or DOJ as they refer to him at the station, that got the page on the map with 20,000 likes last year. And last month a police officer selfie with a runaway dog poking his head out of the back of the cruiser went viral with more than 9,100 Facebook likes and was even featured on Buzzfeed and Time Magazine's news feed. Pretty impressive!

What's the lesson? For small business owners, keep the post compelling. Is it something you'd want to read? If you're a restaurant owner, don't just list the special. Add a picture. And then tell a story about it. For example, in the television series Portlandia from the first episode called Farm a couple contemplates ordering the chicken special. As the very knowledgeable server waits to place their order and answers all their questions such as is the chicken organic and what farm did it come from, the couple decides they need to know more and even though the server is able to provide them with a name and a photo of the chicken in question, they actually get up to visit the farm. While the server waits. It goes on from there but you get the idea. What's your story? Where is your chicken sourced from? Elaborate, add detail and throw in some humor. As a former restaurant owner, I know at the end of the night when the staff recaps the highlights there is gold to be found for a good post.

Likewise for retail. Find an angle and work it. The BPD mascot did it for them. The DOJ shows up in police cars, with department members and K-9 cops, and comes with meaningful text about the more serious side of law enforcement. So get your duck! If you were a shoe store you could follow the "soul" of a shoe from purchase to end of life. And if it's guaranteed for life, show how it was brought back. That's one idea. Don't just tell your customers you have great products and customer service, show them. Help them connect with your brand in a way that draws on their emotions.

The BMPD Facebook page exemplifies excellent social customer service. Each post ends with the same line, "The men and women of the Bangor Police Department will be here!" Nothing wrong with repeating that message. By showing your customers and prospects that their needs come first, you're building trust and creating loyalty. But the page doesn't stop there. Another reason it's such a success is that Cotton thanks his followers and makes a point of letting them know he reads and appreciates their comments. He doesn't respond to every one, but there is so much credibility in the page you know he's authentically there. And that's what every business should strive for: To be present with their customers.

As a digital marketing professional I would make one suggestion which is to add a call to action. There are two ways to do this: Add a donate app to the Facebook page which would go directly to a donate box. Or link the posts back to a blog page on the BPD site with a donate button and description of the charitable organization. I'd like to see Cotton rewarded for his hard work and I'm sure his fans would be more than happy to give to whatever cause the BPD finds worthy.