Some people would argue the Clinton-Trump election is a race to the bottom. Clinton and Trump are two of the least liked presidential candidates in history -- and they just happen to be running against each other. For many, it's like choosing between beef and chicken -- if you're a lifelong vegetarian. 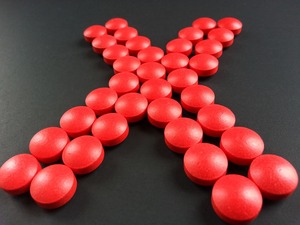 So I suspect many American voters will be holding their noses when they go and vote. They will have weighed the pros and cons of each candidate, racism vs. email scandals and then pick the one they dislike the least and the one they consider least risky for the country. (I would pick the one that wouldn't gut the health care system, but that's me.)

As it turns out, I am very familiar with picking the option you hate the least. Bipolar disorder treatment is very much like that.

Bipolar Disorder Treatment and the Election -- Best of the Worst

I have bipolar disorder, and for the last 18 years, I have been choosing treatment for it. It started by trying to get on one medication, and now, as a very complicated case, I'm on a complex cocktail.

But it doesn't matter if I have been considering getting on only one drug or adding a new drug to my cocktail, the choice is always the same -- what are the pros and cons of this medication and is it worth the risks involved? Will this drug help my bipolar disorder or ruin what I have with side effects? And much like with the American election, I'm dealing with a tiny window of information into the situation. I won't know how things will affect me until I actually try them. No American knows what the candidates will do until they're elected, either. Will they do what they say, will they help the country or will something and horrible happen? Medications are the same. Will the medication work as promised, will it help my bipolar disorder or will something horrible happen?

Choosing the Best of the Worst Is Still Necessary

What anti-psychiatrists and others, then, don't understand, is it really is like voting for a candidate you don't like. I don't like being on medication of any type. I don't like weighing the risks of benefits of adding an antipsychotic medication. I don't like putting any of them in my body. I don't want to make a choice.