The holy month of Ramadan will begin this Saturday in most Muslim countries, a tradition determined by the sighting of the new moon, the exact date of which often divides rival Islamic countries and sects. Muslims celebrate Ramadan by refraining from eating, drinking, sexual conduct, smoking, and indulging in anything that is in excess or ill-natured, from dawn to dusk.

This year though, Muslims have more to worry about than their differences over the sighting of the new moon.

The global downturn in economy has hit Muslim countries very hard. Many Muslim families will find their iftar (fast-breaking) tables empty or lacking due to unaffordable prices and high unemployment. Early this week, consumers in the Kingdom of Jordan boycotted the buying of local and imported red meat for one week following a recent 25 per cent increase in prices just few days before Ramadan. According to the Wall Street Journal, even in wealthy countries, such as Dubai, demand for Ramadan tents -- the typical setting for iftars -- is showing signs of decline, while hotels are recording lower corporate bookings as companies aim to conserve cash amid a property and economic slump in the emirate. 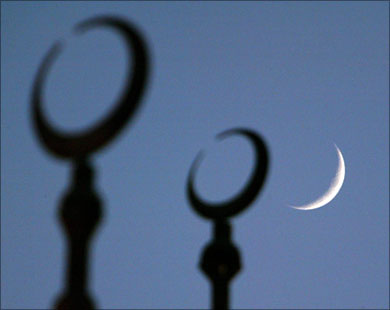 Fear from swine flu has also not been helpful. Several muftis in Egypt and other Arab countries have been calling on Muslims to avoid crowded public places and have urged canceling the Ramadan tents made popular by young individuals who hang out there after iftar to listen to music and smoke hooka.

The worst damper on Ramadan though is terrorism and the staggering statistics on Muslims killing Muslims.

For the past several years, Ramadan has been marred by bombs in Baghdad and violence in other pockets of the Muslim world. This year seems not to be an exception. Just in the last week leading to the holy month, more than a thousand Muslims were killed in Iraq, Afghanistan, and Yemen... as I'm writing this article, battles are raging in the Somali capital of Mogadishu. Most of those who have been killed are innocent civilians.

A couple of months ago when President Obama visited Cairo and paraphrased from the Quran, "Whoever kills an innocent, it is as if he has killed all mankind, and whoever saves a person, it is as if he has saved all mankind", everyone in attendance clapped in agreement. I also recall what we were taught in religion class; that centuries before the Geneva Convention was drawn up, Muslims were bound by a code of conduct which the Prophet Muhammad set. He forbade the killing of women, children and elderly in war. His first Caliph, Abu Bakr el-Siddiq, reflected his teachings and advised his general Yazid, even when he was confronting his enemies:

Do not kill women or children or an aged, infirm person. Do not cut down fruit-bearing trees. Do not destroy an inhabited place. Do not slaughter sheep or camels except for food. Do not burn bees and do not scatter them. Do not steal from the booty, and do not be cowardly.

I never understood how someone could fast from food and water to perform one of the pillars of Islam and still order the killing of the innocent. Shouldn't fasting begin by putting an end to the killing?