I have only recently become interested in sports. As the wife of a New Englander, it was only a matter of time. I'm not saying I crave the loud ramblings and bright blue display of logos and tickering stats on the screen of sports shows but I will be a good wife and pause in front of the TV if some human interest story is playing. It scores big points with my dude, and with the length of my weekly Honey-Do list, I need all the points I can score.

So one afternoon, I was walking through the living room holding my lap top and a stack of used yellow lined writing pads. I heard the announcer lauding the praises of David Ortiz -- of the Boston Red Sox. I paused and looked at the TV. It was filled with a grid that delineated the batting average statistics of David when he was up at bat. They broke it down into his batting average when one runner was on base, when two runners were on base, and when the bases were loaded. And if my memory serves me they also had tabulated the stats when there was one out and two outs. This tabulation has a term. It's called RISP: Runners In Scoring Position. The thing that struck me was that he did better when the odds were against him, when he had more to lose, and when he had more to gain.

Then I found out another term; "Clutch Hitter" which is defined as a player who has a knack for coming up with a big hit -- typically game deciding. There were other baseball greats termed "Clutch Hitters" like Steve Garvey, Reggie Jackson and Steve Sax (yay! names I was familiar with from my childhood, in a Luke and Laura from General Hospital nostalgic kind of way) I have since read several articles from sports writers and the controversy over the many variables that go into tallying this statistic.

There might be doubt over the consistency of who is the greatest "Clutch Hitter" but there is no doubt over the surge in the human spirit when one puts their mind to succeeding at some task. And sometimes the "thing" that helps one set their mind to the task with an ALL IN attitude can be dependent on exterior forces.

In looking at the stats of Ortiz, I realized nothing physically changed in his body to make that stat change. He didn't take a mini-batting lesson mid game. He didn't put on glasses to improve his eyesight, or use the "lucky bat". It was just self-induced pressure in a high stakes arena. It's that part of human nature that realizes that it's more important to excel when there is more to gain. It's one's personal necessity level raised to the extreme which forces one to muster up all the skill that they've always possessed. I can't help but see that visual of a mother mustering up unimaginable strength when her child's life is on the line.

It made me to start look at stellar accomplishments and find some common denominators. They had some exterior element pushing on them to fight back against. Conversely, when there is no push back at all, we can get complacent. We can get comfortable. And we don't achieve those big goals.

Whether it's a physical disability to overcome like genius physicist Stephen Hawking, or situational hardship such as the 30 time rejection of Stephen King's first novel, they both had "insurmountable" obstacles and achieved unrivaled success.

Even as a parent I saw this play out. When my child was too sick and weak to concentrate on a task like cleaning their room or doing homework but they could muster up the strength and concentration to build an elaborate Lego castle or expertly ride their scooter. But a cleaned room or a completed homework assignment wasn't enough of a "home run reward" to push through and fight against a lethargic sick body. BUT a multicolored plastic castle with two drawbridges or breaking the scooter speed record on your block?! For a 9-year-old, THAT is worth fighting for!

There I stood, in the living room, holding my laptop and stack of used yellow lined notepads, staring at the TV screen of what used to be a confusing sports grid of abbreviations and numbers, completely inspired to embrace some self induced pressure. 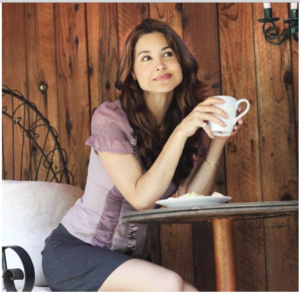 So, now if I'm feeling overwhelmed by a writing or photo retouching deadline that I just can't seem to get done in the quiet of my home studio, I force myself out of my metaphorical batter's box and load up runners on my bases by going to some loud café full of distractions. Then, with shaking knees, I grip the bat and swing and I don't leave the café until I've rounded home base...