I'm what one might like to call a control freak. If I'm not in control of my situation, it's a problem. At work, this trait helped me climb the ranks because I could handle whatever situation was thrown at me. In relationships, this attribute helped me weed out men who wanted to be with me for the wrong reasons. Once I became a mother, this previously deemed strength now would only launch me straight into anxiety hell.

I couldn't grasp the concept that toddlers don't follow instruction -- ever. After several monumental meltdowns and countless embarrassing situations, I started questioning my parenting skills. Was it just my kid? Am I a horrible mother? This wasn't what I had pictured at all. I was under the impression my son and I would be cuddling all the time and playing superheroes while running through fields of daisies at sunset. Was I wrong to assume this? Doesn't every first-time mom feel this way? According to Facebook all my other mom friends were reveling in this parenting fantasy. Where's my ticket to fantasyland?

My kid hated when I held him most times. He kicked me and thrashed when I'd try to even change his diaper. Whenever I told him "no", it translated to a "hell yes" to him. He wanted to do everything himself and had no intentions of following directions. The only time I could sneak in cuddles was when he had already fallen asleep. But even in my defeat I kept chugging along, driving myself insane one day at a time trying to manage him.

Until one day when everything changed...

I had booked a flight for my son and I to visit my ill father several summers ago. The minute I hit the purchase button, I immediately experienced buyer's remorse. Not because I didn't want to visit family, but because I was going to fly alone -- with my demon toddler.

After many sleepless nights, the day came and just as I suspected the excitement of new surroundings got the best of him. He ran around in circles and yelled when I told him to stay by me, or to sit down. He threw his food once he decided he was done and made sure everyone at the gate saw his Batman cape. Eye rolls and heads shaking from left to right, were now all I could see. Me mortified, him -- in a toddler's dream.

People in airports are generally miserable anyway. Everyone just wants to get where they're going. The delays, smells, bad food and uncomfortable chairs just make it worse. The last thing anyone wants to deal with is my screaming kid. I get it. I was trying. 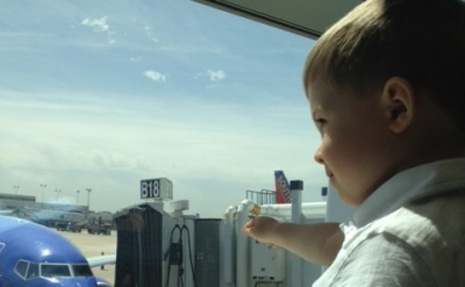 We finally made it on the plane and luckily for me there were only two seats per row. I barricaded my son in the window seat in hopes he wouldn't disturb the entire plane for the next three hours. I tried to keep him occupied with toddler conversation, the iPad, games, and I even bribed him with chocolate -- yet nothing worked. Not only did he try to run into the aisle countless times, but he also kept yelling, "Wakey-Wakey" to the person sleeping soundly behind us. Kill me now. Two hours in, my anxiety had reached its limit and I lost it. Tears streamed down my face and all I could do was put my head in my hands and sob.

Just as I was wallowing in my own motherhood despair an older man put his hand on my arm and said, "Mom, you're doing a great job." I looked up at him with my swollen eyes in disbelief. "They're supposed to act like that. He's a kid. This too shall pass."

Simple, but exactly what I needed to hear after feeling mom-shamed the entire flight. Most of the other passengers on the plane were rolling their eyes and looking at me as though I wasn't doing enough.

As soon as we got of the plane, I lost the kind man in the crowd. I wish he knew how his random act of kindness saved this mom from herself. In that moment, I made a promise to myself to let go. I was doing the best I could, and that was going to have to be good enough. No more control freak, no more micro-managing, no more unrealistic expectations, and no more caring what others thought. It was time to wave the white flag. It was time to let my kid be a kid. Once I did this, I actually started enjoying parenthood. 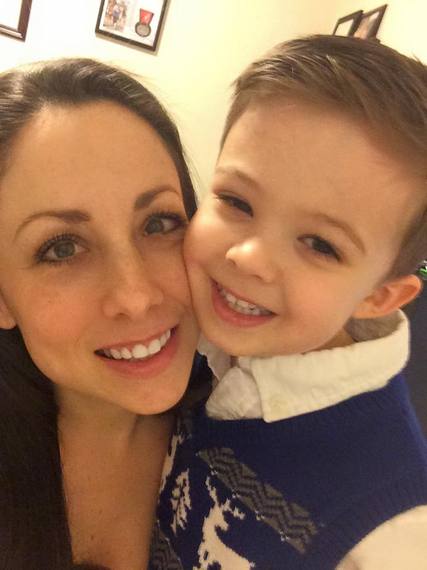 Did he still have outbursts? Yes, many. Did it continue to send me over the edge? No, because I realized there are some things in life you just can't control and a lunatic toddler -- is one of them.

Voting Made Easy
Register to vote and apply for an absentee ballot today
Register now
More:
ParentsParenting random acts of kindnessToddlers
Newsletter Sign Up
Raise the kind of person you'd like to know
Subscribe to our parenting newsletter.
Successfully Subscribed!
Realness delivered to your inbox