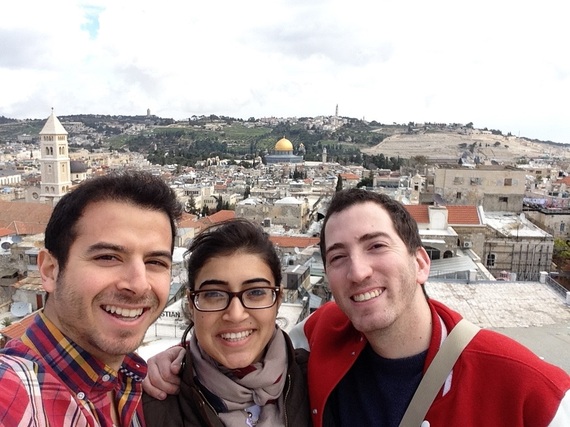 It doesn't matter where you live in the world; one pastime that makes an appearance during those pre-teen and teenage years (and for many into adulthood) is video games. While there are those that consider video games a waste of time, for three young adults, the passion for gaming has led them to create an independent game studio startup known as Bandura Games. The San Francisco-based startup strives to create games with social impact rather than just competitive games.

Growing up, Justin Hefter, 26, Etay Furman, 28, and Ammoun Dissi, 25, never imagined that hours spent playing video games would someday lead them to a project that would bring their vastly different worlds together. Hefter, an American Jew who grew up in Chicago; Furman, an Israeli entrepreneur raised in the Negev; and Dissi, a Palestinian teacher from Jerusalem, have spent the last year creating a mobile app that promotes cooperation and peaceful interactions among players.

"We haven't forgotten what it's like to be kids," Hefter told the Jerusalem Post Magazine. "Because we were able to bond over our love of playing games, it occurred to us that with the billions of players on smartphones and tablets, we could create mobile games to connect players living in conflict zones across the world."

RunZoo, the first of the cooperative multi-player mobile games to be designed by Bandura Games, is built upon the most universally popular mobile game genre known as the endless runner. The player competes as a cute animal who escapes the zoo and tries to reach a faraway land where the animal kingdom lives in harmony. The player cannot complete the game alone and reach the goal by his or herself. In order to beat each level, the player has to partner with another player from a different corner in the world. The game encourages cooperation among players by incentivizing people to share boosts, complete joint missions and save each other's lives. 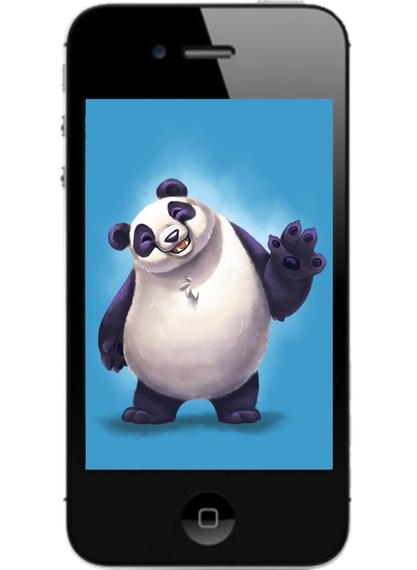 "Our goal was to design a game to bring people together around the world who otherwise would never have the chance to interact," elaborates Hefter.

It's an unusual story amid the deadly round of terror attacks and violence that has swept Israel in recent weeks. Hefter, who serves as the CEO of Bandura Games, in which Dissi and Furman are cofounders, believes that the need for such positive ventures is greater than ever.

"It's so sad to see the number of people who have given up. People need examples of goodness to get motivated again and to start believing that things will get better," said Hefter.

The Bandura CEO himself is no stranger to doubt and cynicism. Hefter told the Jerusalem Post Magazine that when embarking on the gaming project, he was met with almost 100% skepticism from family and friends. "No one believed that this was going to work in the beginning," he recalls. "It's been a two-year process getting this dream to take off."

Hefter, who graduated Stanford University in 2011 with a degree in public policy, previously worked as a business strategist at a consulting firm in Washington DC, where he gained experience in market research and learning how to start a company. He gradually realized, however, that working as a management consultant was not all that he wanted to do.

"After a couple of years, I realized that there was a lot more I wanted to contribute to the world. Some of my best experiences in life were at Stanford, when I was active in bringing together Muslim and Jewish students," he said.

He describes the relations between the Muslim and Jewish students at the Californian institution as hostile, with no trust or communication amongst the groups. "If there is anywhere in the world where Jews and Muslims should get along, it's California. I decided that this had to change and started hosting fun, non-political events for the two groups. The barriers broke down and we got to know each other on a personal level."

"Many of us are still friends to this day," said Heftner. "It was a very empowering time and I always wanted to make that experience accessible to many more people on a much larger scale."
"I felt that the best way to do that would be through online video games," he explained.

It was during an entrepreneurial program in Israel, where Hefter would make the contacts necessary to make his dream come true. Hefter had left his management consultant job in Washington DC and joined a Jewish entrepreneurial fellowship in January 2014, where he met a fellow avid video gamer, Etay Furman, in Israel. Furman, who has been playing video games ever since he was six-years-old loved Hefter's idea and wanted to bring another friend aboard.

A graduate of Ben Gurion University with a degree in Political Science and Middle Eastern Studies, Furman had participated in a peace program in Germany where he met Ammoun Dissi, a Palestinian with a BA degree in English Literature and Translation from Bethlehem University. Furman and Dissi became fast friends, sharing a common passion for gaming.

"When I heard Justin's idea about creating this gaming app, I contacted Ammoun about joining us," recounted Furman, who works as Bandura's marketing director.

Dissi had just returned from a trip to Jordan, where she participated in a workshop on e-gaming and intercultural exchange, when she heard Furman. "I found Justin's idea exciting. I am so happy helping him reach his goal in building this game," she told the Magazine. "After many meetings and a lot of brainstorming sessions, Justin's goal became our goal."

"We found we all shared the same goal in creating this mobile game: to build a peaceful atmosphere for others," explained Dissi, who is Bandura's director of customer development. "We became a real team in order to pursue this goal."

Dissi, Furman, and Hefter worked with Israeli and Palestinian schools to test a cooperative-play prototype of their game with more than 100 Israeli and Palestinian youth. Their findings showed that more than 80 percent of players preferred cooperative play to single-player games, and many players expressed a desire to cooperate with other youth from countries around the world. Players reported feeling empowered and having a greater sense of self-worth because their partners cared about their success in the game.

Dissi believes that video games in general are fun and can also offer new perspectives. Her initial interest in video games started with playing Super Mario in the 1990s. "Mario used peaceful objects like the star, mushroom, and flower to save his imprisoned princess. Using those objects as weapons made me think more about the messages in video games," she said.

Working on the game together was not always easy given outbreaks in the Arab-Israeli conflict. Furman describes one online meeting during Operation Protective Edge last summer, when sirens were sounding in Beer Sheva as rockets were fired at the city. "I was in my bedroom when I heard the sirens go off during a meeting with my friends about Bandura Games. And I just stayed on Google Hangouts and kept on working on developing Bandura Games with my team."

In late September, Bandura Games kicked off an Indiegogo crowd-funding campaign, #FunWithoutBorders, for RunZoo and reached its initial minimum goal of $28,000 in one night, with more funding needed to complete the game as the team puts out test versions and implements feedback. "We're excited about convincing more skeptical people to support our project," said Hefter. "We have 250 believers on board from just that one launch night and we are looking to add many more."

In addition to its development team in Pakistan, Bandura recently acquired some veteran gaming expertise as well. Randy Angle, a 35-year games industry veteran, joined Bandura in September, bringing a wealth of experience, having created over 100 games and toys including Star Trek: The Next Generation, Lord of the Rings: The Two Towers, and Pac-Man for mobile. He will be in charge of Bandura's game design and production.

"With Randy joining us after a span of 17 successes from his last 20 games, we are confident that our games will be able to make an impact," said Hefter. Angle himself is pleased to have the chance for the first time in his gaming career to use his skillset to "make great games and create social impact."

Hefter has been campaigning to raise awareness and funds for RunZoo and has spoken in San Francisco and Tel Aviv about Bandura's mission. At the Casual Connect conference held recently in Tel Aviv, one of the biggest gaming conferences in the world, Hefter spoke about his global vision for RunZoo. "We believe this game is applicable to conflict areas all over the world, not just to Israelis and Palestinians," he said. "It will connect people in India and Pakistan; Ukraine and Russia; and Republicans and Democrats," he says with contagious enthusiasm.

Hefter says that one thing has kept him going in light of all the obstacles and the many people who told him that his vision could not work. "My partners, Etay and Ammoun have been my core supporters. I've always said that if this doesn't work, I will always be proud of the fact that Etay, Ammoun, and I have remained friends despite everything that's happened to us," he noted.

"If nothing else, we've created a beautiful friendship and have gained first-hand knowledge that such cross-culture friendships are possible."

This article was originally published in the Jerusalem Post Magazine.