As on-demand companies like Uber and Instacart find savvy ways to navigate employment law, the misclassification of employees as independent contractors allows them to maximize profits at their workers' expense. Through misclassification, employers avoid paying both reimbursements for on-the-job costs like gas and car maintenance as well as the minimum hourly wage. The growth of independent contractors not only stifles wage growth for low-wage earners, but also leads to higher rates of poverty and increased costs to US taxpayers.

To dodge regulation Instacart and Uber classify themselves as software companies rather than grocery delivery or transportation service providers. According to the companies, their software platforms are used by entrepreneurs looking to connect with clients. As an Instacart "independent contractor" myself, I know this classification is both misleading and harmful to working-class people.

Instacart has performance metrics, reliability notices, and on-the-job expectations. Although there is a guise of flexibility, the company actually decides my shifts. They call me when I'm running late and punish me if I cancel within 24 hours. There is no option to skip an order assignment without having a shift terminated, regardless of where the assignment will require me to travel. My vehicle isn't a resource I use to make money; it is a resource they use to make money. And here is the difference: they don't pay for it.

For each order completed, Instacart drivers make $13 plus tip. At an hourly rate, this would place drivers above the minimum wage. However, drivers don't just deliver groceries, they also buy them, making the completion of more than one order per hour difficult. Additionally, when the company sends drivers from Market Basket in Somerville to an apartment in Boston's Seaport, 30 minutes away, and then back to Somerville for the next order, commission wages are limited and drivers are working for an entire hour without pay. After calculating gas and wear and tear on the car, earned wages fall below $9/hour.

In 2015, the US Government Accountability Office (GAO) calculated that 12.9 percent of the US Workforce is now classified as independent contractors. Without thoughtful government intervention, this rate is only expected to increase, and the impact of growing contract employment could have negative implications for millions of Americans.

As the GAO report points out, independent contractors experience higher rates of poverty than the standard full-time worker and are twice as likely to be laid-off or lose work. Additionally, independent contractors have greater on-the-job expenses, limited access to long-term savings plans, and a higher dependency on taxpayer funded public assistance.

The growth of contract work negatively impacts the financial stability of working class families with a disproportionate impact on urban, lower-income communities of color, targeted by on-demand recruitment efforts. Uber's recruitment efforts in lower-income communities with high rates of unemployment indicates that these jobs are a primary source of income for many. And, because of the lack of regulation, lower-income people are subject to jobs without benefits that involve a high degree of wage uncertainty. Depending on how often one is scheduled and how busy shifts are, weekly earnings fluctuate significantly.

Although the Department of Labor recently released strict guidelines for the classification of workers as independent contractors, the current regulatory framework requires victims to file lawsuits against their employer. The paperwork can be complicated, the process can take months, and an investigation is not guaranteed. To prevent the abuse of low-wage workers, regulators must think outside the box to identify more proactive oversight procedures. Enforcement agencies need adequate funds to proactively investigate the growing on-demand economy and contingent employment classification emerging across all industries.

The concern of strict regulation stifling innovation is also one that regulators should take seriously. The on-demand economy has, in fact, created thousands of jobs in economically depressed areas. Building new regulatory frameworks that simultaneously protect workers and incentivize innovation is an option. However, when companies treat their workers as employees, it only makes sense to regulate such companies as employers. Not doing so undermines US law and creates additional obstacles between working class people and quality employment. 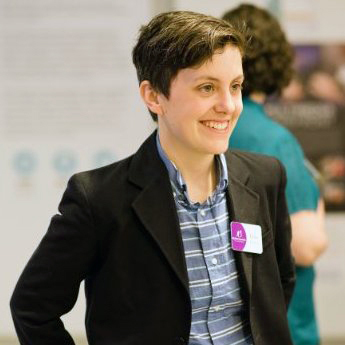