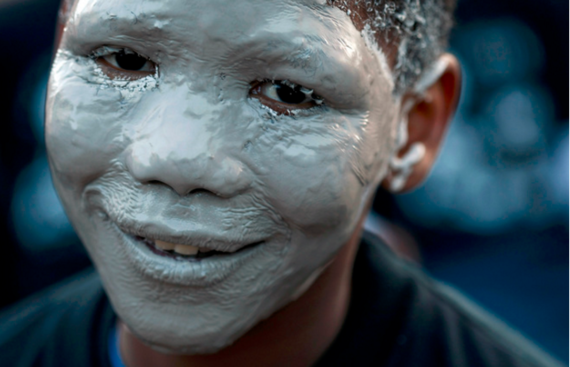 They are in fact two evolutionarily related but culturally distinct groups of populations that have occupied southern Africa for up to 140,000 years. Their first-people status is due to the fact that they commonly retain genetic elements of the most ancient Homo sapiens.

This conclusion is based on evidence from specific types of DNA. This evidence also demonstrates that other sub-Saharan human populations retain genetic bits and pieces of DNA from non-KhoiSan primordial humans. These pre-date their out-of-Africa colonisation of the balance of the world.

What is important in the debate on the origins of, and diversity among, population groups of Homo sapiens is to establish what cannot, and should not, be derived from the various DNA evidence used to support the KhoiSan-as-first-people hypothesis.

This is that the KhoiSan, or any other groups of humans, can be assigned to evolutionarily meaningful "races" - or subspecies in biological classification.

The DNA evidence, if interpreted incorrectly, could be used to support the findings of "scientific" racial anthropologists such as Carleton S. Coon.

As recently as 1962, Coon "recognised" the KhoiSan as the Capoid race. He based this on the distinctive anatomical features of the Capoids from those he used to designate the Congoid race. These include golden brown rather than sepia-coloured skin, the presence of epicanthic eye folds, prominent cheekbones and steatopygia.

But, if correctly interpreted, the scientific evidence points quite to the contrary.

If one were to compare the entire DNA genomes from representatively sampled human populations from around the world, the resulting relationships would look more like an evolutionarily reticulated chain-link fence. In other words, a network rather than a tree. This applies to even purportedly racially important anatomical features.

This is because human population groups worldwide are highly homogeneous (99.5% similar) genetically and their anatomical features vary in an uncorrelated fashion over the landscape.

These groups are, in evolutionary terms, very recent entities that have no biological or taxonomic significance.

The DNA evidence used to discover the human genetic "footprints" that characterise the KhoiSan, and other diverging populations, is today easily put together. Forensic pathologists use it to determine an unidentifiable corpse's population group. This process has been popularised on television shows such as CSI and Bones.

This DNA evidence comes from:

Mitochondria are organelles within a cell that have their own independent DNA separate from that in the nucleus that determines an organism's external appearance and physiology. They are involved with cellular respiration and nothing more.

Mitochondrial DNA allows the detection of direct genetically "ungarbled" connections among evolutionarily evolved human population groups. This is because a component of it evolves much faster than the bulk of nuclear DNA. Also, mitochondrial DNA is inherited maternally and is thus not intermixed with paternal DNA during reproduction.

Some evolutionary genetic anthropologists ignore the overwhelming balance of evidence that there is no evolutionarily significant racial variation in either genes or anatomy. Instead they focus on these very few bits and pieces of DNA that, in evolutionary terms, change rapidly. This way they reach distorted conclusions about discernible "races" within the human species.

Why there is only one race

The story it tells is as follows. About 140,000 years ago human populations from East or Central Africa moved southwards and "colonise" western southern Africa. The probable nearest living relatives of these source populations are:

This migration gave rise to the present-day San hunter-gatherers.

Much more recently - about 2000 years ago - there was a second movement of "colonists" from the north into southwestern Africa. They gave rise to the pastoral Khoikhoi people.

This second group of "settlers" carried within its genome bits of Eurasian-sourced - and even some Neanderthal - DNA derived from European humans who had returned to Africa about 3000 years ago.

Subsequent to this second colonisation, there was intermixing between the Khoikhoi and San. This gave rise to their close anatomical similarities despite the fact that they retained their marked cultural and linguistic differences.

Much more recently - about 1700 years ago - there was a third major north-to-south migration. This time it was the Bantu-speaking, black Africans into south-eastern Africa. Those "settlers" that eventually became the Xhosa peoples moved westwards and encountered the Khoikhoi, whom they drove further west and intermixed with genetically.

So, it is now possible for genetic evolutionary "anthropologists" to distinguish population differences among humans to infer the timing of their movements throughout the globe.

It is even possible to map one's genetic "ancestry", as South African President Nelson Mandela did, indicating that he possessed some KhoiSan DNA.

The important point is that this evidence should not be used to assert that these differences, or shared bits of "ancient" DNA, support the identification of multiple human "races". In fact, it confirms the wise assertion by the pan-Africanist leader, Robert Sobukwe, that there was only one race: the human race.