Summer is here, and we're all for burgers, ocean breezes and an ice cream cone or two. But getting outside is about more than beaches and barbecues. Science shows that spending time in the great outdoors can actually make you healthier. Escaping to the woods, mountains or even your neighborhood park helps both your body and your brain.

Here are seven ways the outdoors make us healthier.

Getting outside makes exercise easier.
Research conducted at the University of Essex showed that the color green, such as that found on trees, grass and other plants in nature, makes exercise feel easier. The small study tested cyclists pedaling in front of green, gray and red images. Those exercising in front of the green showed less mood disturbances and reported that they felt lower exertion during their cycling. Plus, other research showed that those who exercise outside are more eager to return for a future workout than those who stick to the gym.

It can spur weight loss. 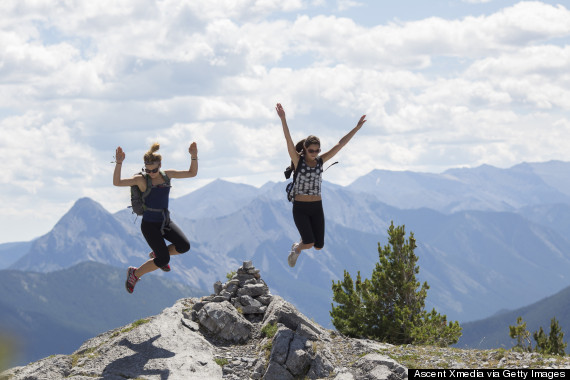 When John Muir wrote, "Climb the mountains and get their good tidings" in the Mountains of California, we kind of doubt he was talking about dropping a few pounds. But as it turns out, not only are the outdoors great for making exercise feel easier and often more enjoyable, but some outdoor elements -- like those mountains -- directly contribute to weight loss. Simply spending time at high altitude could help shed some pounds, even if you're just visiting. The higher heights can speed up your metabolism, while actually lessening hunger cravings. So go ahead and plan those mountain escapes, hiking adventures and ski trip getaways.

Nature increases brain function.
Taking in a bit of nature can help your brain in more than one way. For starters, logging outdoor hours may increase concentration skills. One study compared concentration between children with ADHD who played outside, versus those who played inside, after school and on weekends. Kids who spent time in green, outdoor spaces reported fewer symptoms of ADHD, even when the exact same activities were compared.

Taking a stroll can also increase creativity. Research published in the Journal of Experimental Psychology found that walking increases creative production. And while walking anywhere -- whether through the woods or in a mall -- is beneficial in that it prompts creativity, researchers found that the actual act of spending time outside also influences novelty.

Plus, all of that fresh air is a quick way to kick your brain into high gear. Ditch the caffeine and stick to a walk in the park. Some say that 20 minutes outside can wake you up just as much as one cup of coffee can.

It amps up vitamin D intake. 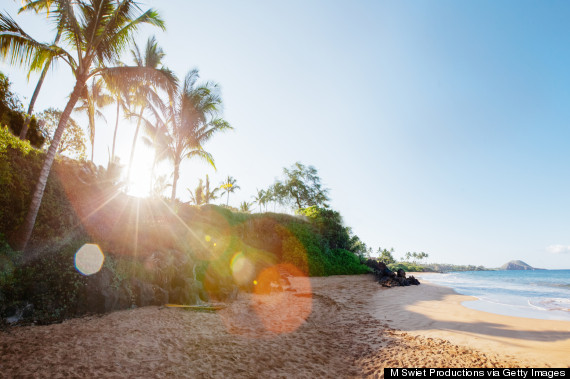 Vitamin D can be a tricky nutrient to get enough of strictly from foods, because so few naturally carry it, so most of us soak up between 80 to 90 percent of our sunshine vitamin from those golden rays, Dr. Michael F. Holick, M.D., Ph.D. tells The Huffington Post in an article on vitamin D deficiency. And while we all know to protect ourselves from the sun to avoid skin cancer, we also need vitamin D for bone growth, cell growth, inflammation reduction and neuromuscular and immune function. Unfortunately, your skin can only drink in the D from unprotected exposure. That's why Holick suggests what he calls "sensible sun exposure." That means only going out in the sun for about one third to one half of the amount of time it would take your skin to mildly burn, or roughly 10 to 15 minutes for many. After you've gotten a bit of vitamin D, reach for the sunscreen, grease up and continue your exploration of the great outdoors.

The outdoors may even help us age gracefully.
Research published in the Journal of Aging Health shows that getting outside on a daily basis may help older people stay healthy and functioning longer. Participants in the study who spent time outdoors every day at age 70 showed fewer complaints of aching bones or sleep problems, among other health-related problems, at age 77 than those who did not head outside each day.

Outdoor activities that revolve around group-oriented exercises or hobbies have their own benefits for older people. Research shows that gardening can help dementia and stroke patients improve social skills and confidence, while even increasing mobility and dexterity.

Nature is great for stress-reduction. 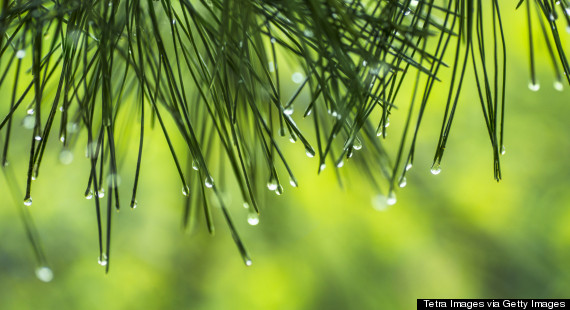 Spending time in nature has been shown to lower stress levels, Seattle-based environmental psychologist Judith Heerwagon tells The Huffington Post. "Just looking at a garden or trees or going for a walk, even if it's in your own neighborhood, reduces stress," she says. "I don't think anyone understands why, but there's something about being in a natural setting that shows clear evidence of stress reduction, including physiological evidence -- like lower heart rate."

One reason Mother Nature may work as such a great stress-buster is through scent. The smell of many flowers, including jasmine, lilacs and roses, have been proven to decrease stress and increase relaxation. The scent of fresh pine has even been shown to lower depression and anxiety.

The outdoors make us happy.
In addition to helping decrease stress levels, spending more time with nature shows a shift toward more positive moods, says Heerwagon. While we don't know exactly why this happens in our bodies, "the theory is that we respond positively to things that are good for us," she tells The Huffington Post. "Trees offer shade, protection and often have fruits and nuts, so they are a source of food as well as protection and comfort." The idea is that we like things that are inherently good for us and our survival, which is why trees and other natural elements can help lift our moods.