In October 2000, 135 years after the Thirteenth Amendment officially abolished slavery within the United States, Congress declared that "as the 21st century begins, the degrading institution of slavery continues throughout the world." These opening words to the Victims of Trafficking and Violence Protection Act embodied the United States' growing awareness of modern slavery and announced their intention to combat this evil both at home and abroad.

These accounts of the history of the Act come from separate interviews done for ADST with Theresa A. Loar (beginning August 2001), who worked as the State Department's Senior Coordinator for International Women's Issues, Charles A. Ray (February 2013), Ambassador to Cambodia from 2002-05, and Marie Therese Huhtala (October 2005), who served as Deputy Chief of Mission in Bangkok from 1998-200. Read the entire account on ADST.org

LOAR: We started off with trafficking women and girls, and then understood that it included boys as well. So we'd say trafficking in persons... One way that [this issue] hit me in the face was at the first conference that we did for the Vital Voices Democracy Initiative in 1997, and the idea that vital voices, women's voices, are essential to the development of any democracy.

We now know there are some 50,000 people a year who are sold and end up in slavery-like conditions in the United States, and that's on farms, in factories, in private homes, in brothels and in the sex industry. They come from all over the world, and it's based on economic hardship. Women are lured from their home countries and children are pushed out by their families because of the extreme economic conditions that they face...

So we developed [this concept] of prevention, protection and prosecution, and that became sort of the base for the policies and programs that we developed and ultimately of the law that was passed in the year 2000: the Victims of Trafficking and Violence Protection Act of 2000.

We had some interest from Capitol Hill. Congressman Chris Smith from New Jersey was a tremendous advocate on behalf of trafficked women. We worked closely with them to be sure that it wasn't just sex trafficking which was addressed because the traffickers, these criminal networks, did not select people only to work in brothels.

[First Lady] Hillary Clinton was a tremendous advocate for this in that she would, on her overseas trips, try to call attention to the issue. One of those countries...was Thailand in 1997. She went to Chiang Mai in the north and met with families where the girls had come back, girls who had been lured into trafficking.

Of course it's a horrible issue in Thailand. And, there are so many young women, girls and children, actually from Burma, who were sold into slavery. We were trying to show models of these reintegration programs that worked, where the girls had a little further education beyond the compulsory age of education.

There was a protocol being developed under the Organized Crime and Drug Control part of the United Nations [UNODC]. It was a convention on organized criminal activity and there was one part having to do with a protocol on trafficking that the U.S. proposed.

This was in 1999. Our position as a government was to try to get other countries on board with the prevention, protection, and prosecution agenda. It was interesting that a number of countries (China for one, and Russia) who don't particularly care about fighting organized crime and don't really care too much about human rights were very concerned about trafficking because their own citizens, especially the younger generation, were very affected by this. They felt that they had to respond in some way...

However, there were some who thought this would be a really great time to make the point that prostitution was bad, and that we should end prostitution. And there were groups who decided to come together and said very openly and directly that the administration's point of view at this meeting is that if you're not going to end prostitution, you're really promoting it, and you're supporting it.

And that bizarre, ridiculous, outlandish statement became a political attack against Hillary Clinton...The New York Post, which is not known for its unbiased point of view, did a headline [ed. by Brian Blomquist] called "Hillary's Hooker Panel." This referred to the [President's] Interagency Council on Women, and listed Anita Botti, Steve Warnath and me as those on Hillary's hooker panel, who were promoting prostitution.

Trafficking people into slavery denies them of their basic human rights. And we, as a country, have to stand up against it and treat people who were trafficked in the United States as victims and provide them with refugee services and help them. We have to aid in the prosecution of their traffickers. The United States has a responsibility to help countries around the world address this issue, to help them with prevention, protection, and prosecution. That's what the law says.

RAY: I got permission and money from the Department to try and build the capacity of the Cambodians to deal with sex trafficking. And, the real issue that everyone I think thought would have been difficult was to get them interested in doing something, which actually turned out not to be as hard as people thought. I approached the interior minister and asked him, "Do you as a grandfather want your granddaughters and your grandsons to grow up in a country where they could be snatched off the streets and, and sold into prostitution?" What grandfather is going to say no to that question?

I got the OK from tge director general of police, who was a complete crook. For some reason he liked me. I've never figured it out. For some reason really bad people seem to like me. But he supported it, and that's what matters. They actually organized a special unit of the police, which was commanded by a woman whose sole job was to do anti-trafficking.

And I got International Justice Mission (IJM), which is a sort of a faith-based NGO made up of former cops and prosecutors who specialize in anti-trafficking activities. And they came out and worked with this unit and with the Cambodians. I remember the first raid they conducted with the Cambodian Police. They found two girls, about five years' [old] who'd been prostituted in this place...The guy from IJM who was on the raid with him said one of the Cambodian cops, a really tough, mean-looking cop, just broke down in tears when he saw it. I almost broke down in tears when they told me. I mean a five-year-old servicing four or five male customers a day is hard for ordinary people to wrap their minds around... 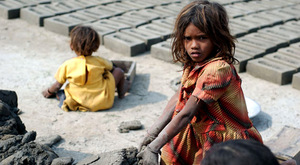 HUHTALA: I think increasingly Thailand was beginning to see their position as kind of independent of the United States. They are one of the founding members of the Association of Southeast Asian Nations, ASEAN, and they were playing a leading role there. Again the relationship with Burma was a huge problem for them and a complex one. They were concerned about illegal workers, refugees, and drugs coming across the border and increasingly they were focusing on the problem of human trafficking, which had become a major issue for the United States as well. Many, many hill tribe and Burmese young women were trafficked into Thailand and sold into brothels. This was and is a huge problem.

It's a complex issue. Many girls from poor families in the northeastern part of Thailand grow up believing that they owe their parents, they have to pay their parents back for having given birth to them. Young men can go out and get jobs, but what kind of job can a young girl go to? A lot of them would go voluntarily into a brothel for a few years, hoping to make a bunch of money, buy their parents a house, retire at 30, and maybe marry someone nice...

It was a cultural norm that had [existed] for many, many years. That kind of semi-voluntary prostitution is quite different from recruiters going to a village of uneducated hill tribe people, buying young girls and telling their parents they were going to Bangkok to be a waitress or something but then locking them in a brothel. The latter situation is condemned by Thais as well as by the United States. Thai people are very humane and they're hugely embarrassed when it turns out that things like that are happening. In many ways they were taking a better approach to the trafficking issue than any other country in the region. They had shelters for women who had been rescued from brothels.

Senator [ed. now governor] Sam Brownback of Kansas visited Thailand in early 2001 right after the new Trafficking in Persons Act that he sponsored had been enacted. I took him around to a lot of shelters and remote villages in the North and he saw the kind of steps the Thai government was beginning to take to rescue and rehabilitate these victims of trafficking. Now it was not perfect and there was still a huge problem there.

But because Thailand at least was honest enough to admit to the problem and was taking steps to punish the perpetrators and rehabilitate the victims they've never been on what we call Tier Three (which incurs sanctions) in the Trafficking in Persons Report. They've always been on Tier Two because at least they are confronting it and trying to do their best.